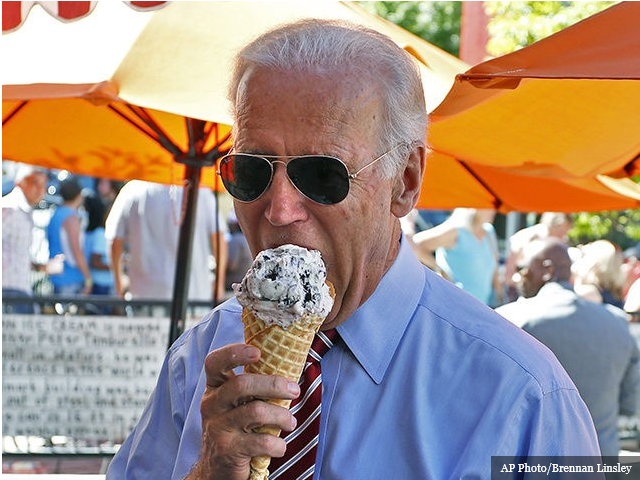 Source: John Carney
The U.S. economy grew at a disappointing 6.5 percent annual rate second quarter in another sign that the effect of government stimulus spending has fallen short of expectations even while inflation has been hotter than anticipated.
Thursday’s report from the Commerce Department estimated that the nation’s gross domestic product — its total output of goods and services — failed to accelerate significantly in the April-June quarter from the 6.3 annual growth rate recorded for the first quarter of the year. The first quarter was revised down by a tenth of a percentage point from earlier reports.
The annualized figure was far less than analysts had expected, but the economy was likely held back mainly by supply shortages in goods, components, and labor. According to Econoday, the median forecast was for eight percent growth. Other surveys had penciled in far more growth. The surveys by Bloomberg and the Wall Street Journal had growth at 8.4 percent. On Wall Street, some analysts were saying growth could come in at a nearly 10 percent rate.
On a quarter-to-quarter basis, GDP grew 1.6 percent in the second quarter and 1.5 percent in the first three months of the year.
Personal consumption, the biggest part of the economy, grew at an annualized rate of 11.8 percent, exceeding forecasts. Spending on goods rose at an annualized rate of 11.8 percent and spending on services rose 12 percent.
But business inventories and home building lagged expectations, dragging down the overall number. Inventories subtracted 1.1 percentage points from quarterly growth. Residential investment fell by 9.8 percent, taking a 0.5 percentage point bite out of overall GDP. Investment in non-residential structures, which spans hotels to drilling rigs, fell seven percent.
The personal consumption expenditures price index, the inflation gauge followed closely by Federal Reserve officials, jumped an annualized 6.4 percent in the second quarter, the biggest gain since the era of Paul Volcker, up from 3.9 percent. Excluding food and energy, volatile categories that economists say do not represent the overall price level, the price index climbed 6.1 percent, compared with 2.7 percent in the first quarter.
Huge levels of government stimulus have buffeted the economy over the past year and a half. Personal income decreased $1.32 trillion in the second quarter, or 22.0 percent, in contrast to an increase of $2.33 trillion, or 56.8 percent, in the first quarter, largely because of the pandemic stimulus checks. The personal saving rate fell to 10.9 percent in the second quarter from 20.8 percent in the first quarter.
Overhanging the rosy economic forecasts for this year is the possibility of a resurgent coronavirus in the form of the highly contagious delta variant. The U.S. is now averaging more than 60,000 confirmed new cases a day, up from only about 12,000 a month ago. Should a surge in viral infections cause many consumers to hunker down again and pull back on spending, it would weaken the recovery.
Consumer confidence has reached its highest level since the pandemic struck in March 2020, a key reason why retail sales remain solid as Americans shift their spending back to services — from restaurant meals and airline trips to entertainment events and shopping sprees. Businesses are also showing renewed faith in the economy, with orders for manufactured goods pointing to solid corporate investment.
Underpinning the recovery have been trillions in federal rescue money, ranging from stimulus checks to expanded unemployment benefits to small business aid to just-distributed child tax credit payments. And millions of affluent households have benefited from a vast increase in their wealth resulting from surging home equity and stock market gains.
The economy is also receiving substantial support from the Federal Reserve. On Wednesday, the Fed reaffirmed that it will maintain its key short-term interest rate at a record low near zero to keep short-term borrowing costs low. It will also continue to buy government-backed bonds to put downward pressure on long-term loan rates to encourage borrowing and spending.
The recovery, in fact, has been so rapid, with pent-up demand from consumers driving growth after a year of lockdowns, that one looming risk is a potential spike in inflation that could get out of control. Consumer prices jumped 5.4 percent in June from a year ago, the sharpest spike in 13 years and the fourth straight month of sizable price jumps.
Some economists have warned that by choosing not to begin withdrawing its extraordinary support for the economy, the Fed may end up responding too late and too aggressively to high inflation by quickly jacking up rates and perhaps causing another recession.
But at a news conference Wednesday, Fed Chair Jerome Powell underscored his belief that recent inflation readings reflect price spikes in a narrow range of categories — from used cars and airline tickets to hotel rooms and auto rentals — that have been distorted by temporary supply shortages related to the economy’s swift reopening. Those shortages involve items like furniture, appliances, clothing, and computer chips, among others.
Magnifying the supply bottlenecks is a rise in viral cases at transportation ports in Asia that have caused some manufacturing plants to shut down. Those bottlenecks could, in turn, continue to obstruct the flow of goods to retailers in the United States.
A shortage of workers, too, has made it harder for restaurants, retailers, and many other service-industry employers to fill jobs as consumer demand surges — even employers that have been raising wages. Despite the job market’s steady gains, unemployment, at 5.9 percent, is still well above the 3.5 percent rate that prevailed before the pandemic struck. And the economy remains 6.8 million jobs short of its pre-pandemic total.
Should the economy’s shortages persist well into the future, the economy would likely struggle to maintain its current robust pace of growth.