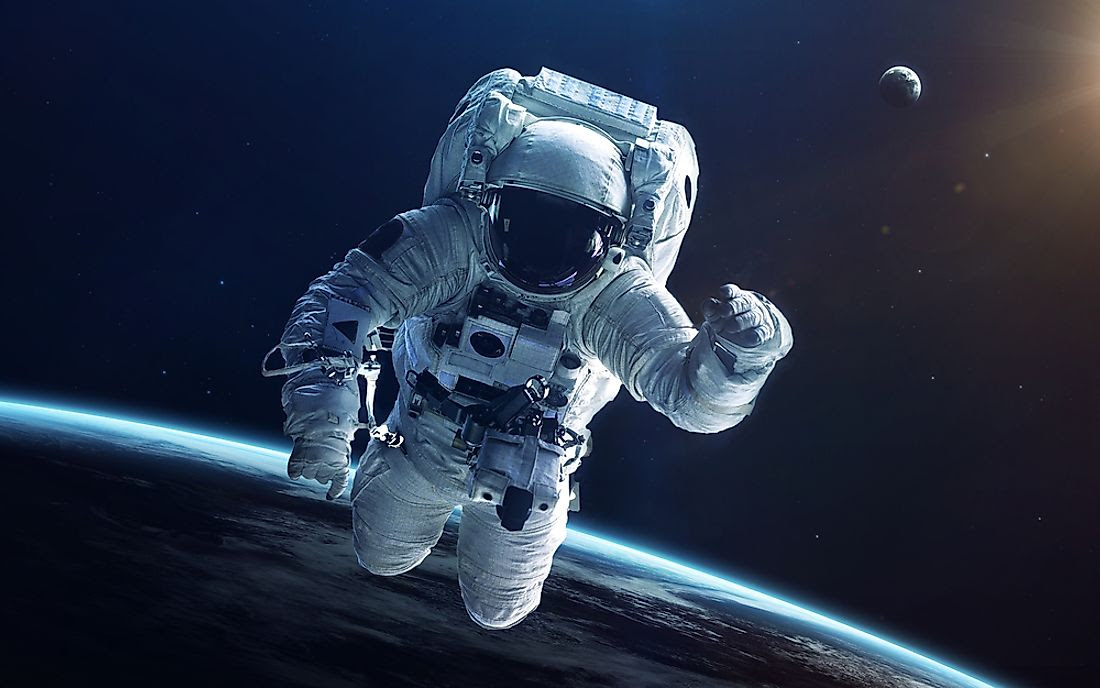 “The Soviet Union is well aware of the benefits and applications of parapsychology research. In 1963, a Kremilin edict apparently gave top priority to biological research, which in Russia includes parapsychology. The major impetus behind the Soviet drive to harness the possible capabilities of telepathic communication, telekinetics, and bionics is said to come from the Soviet military and the KGB. Today it is reported that the USSR had twenty or more centres for the study of parapsychological phenomena, with an annual budget estimated in 1967 at over 13 million dollars and reported to be as high as 21 million dollars. Soviet parapsychology research was actually stimulated by the 1960 French story concerning the US atomic submarine Nautilus. The French journalists splashed the now rather infamous Nautilus story in headlines ‘US Navy Uses ESP on Atomic Sub!’ Ship to shore telepathy, according to the French, blipped along nicely even when the Nautilus was far under water. ‘Is telepathy a new secret weapon? Will ESP be a deciding factor in future warfare?’ The speculating French sensationalized, “Has the American military learned the secret of mind power?” In Leningrad the Nautilus reports went off like a depth charge in the mind of L.L Vasilev.”
The above information comes from this declassified CIA document. It goes on to mention that in April of 1960, Dr. Leonid Leonidovich Vasiliev addressed a group of high-ranking soviet scientists stating: “We carried out extensive and until now completely unreported investigations under the Stalin regime. Today the American Navy is testing telepathy on their atomic submarines. Soviet scientists conducted a great many successful telepathy tests over a quarter of a century ago. It’s urgent that we throw off our prejudices. We must again plunge into the exploration of this vital field.”
As you can see, telepathy and parapsychology, which include remote viewing, ESP and psychokinesis, have all been studied in-depth within black budget special access programs in multiple countries. These programs are often highly classified, and so whatever has been revealed in official documentation is only the tip of the iceberg. Sometimes, the declassification of documents is used to halt more questioning into the phenomenon. The Stargate program is a great example of that in the United States. Although the documents that were declassified show some startling findings, like the fact that remote viewing is real and that it was used for intelligence collecting purposes, it’s safe to assume that many details of this program remain highly classified. Russel Targ was the co-founder of that program.
“The crazy aspect about parapsychology is the fact that studies have yielded statistically significant results. It is about hundreds if not thousands of studies that have been conducted worldwide have seen positive results. There seems to be a deep concern that the whole field will be tarnished by studying a phenomenon that is tainted by its association with superstition, spiritualism and magic. Protecting against this possibility sometimes seems more important than encouraging scientific exploration or protecting academic freedom. But this may be modifying.” – Cassandra Vieten, PhD, President/CEO at the Institute of Noetic Sciences.
Many of these results are just as strong, if not stronger, than a lot of the results that come from hard sciences like physics and mechanical engineering. The Department of Defence has openly stated that the phenomena within this realm is real, despite the fact that they are still somewhat inexplicable. As far back as 1999, the head of the statistics department at UC Irvine, Jessica Utts, published a paper showing the results dealing with parapsychology and conscience-body connection are a lot stronger than the results used to approve some of our medications. Most of what’s known is still protected and locked up within the black budget world. The documents referenced above are also decades old, so just imagine what’s happened or what’s been discovered since then.
The documents also outline how these experiments were not limited to Earth. Soviet research into biocommunications phenomena does not appear to be earth-bound and limited to inner space, but apparently extends to outer space as well. The so-called “Father of Soviet Rocketry”, K.E Tsiolkovsky, stated that: “In the coming era of space flights, telepathic abilities are necessary. While the space rocket must bring men toward knowledge of the grand secrets in the universe, the study of psychic phenomena can lead us toward knowledge of the mysteries of the human conscience. It is precisely the solution of this secret which promises the greatest achievements.” There are reports that the Soviets are training their cosmonauts in telepathy to back-up their electronic equipment while in outer space. One of these back-up schemes is known to involve coded telepathic messages. This method was previously demonstrated in March 1967, when a coded telepathic message was flashed from Moscow to Leningrad. The involvement of astronauts or cosmonauts in telepathy experiments is not necessarily unprecedented. In February 1971, during the Apollo 14 flight to the moon, astronaut Edgar Mitchell made 150 separate attempts to project his thoughts from inside the space capsule back to an individual on earth. The results of the Apollo 14 experiments have been well-documented in detail and are published in the Journal of Parapsychology. Mitchell used 25 numbered cards in the experiment, in which he attempted to send a thought message to four people regarding the symbols on each card. He said two of the four got 51 of the 200 correct, and the other two were less successful.
Much stronger examples
“Some materialistically inclined scientists and philosophers refuse to acknowledge these phenomena because they are not consistent with their exclusive conception of the world. Rejection of post-materialist investigation of nature or refusal to publish strong science findings supporting a post-materialist framework are antithetical to the true spirit of scientific inquiry, which is that empirical data must always be adequately dealt with. Data which do not fit favored theories and beliefs cannot be dismissed a priori. Such dismissal is the realm of ideology, not science.” – Dr. Gary Schwartz, Professor of psychology, medicine, neurology, psychiatry, and surgery at the University of Arizona.
Although the above mentioned phenomena is very intriguing, especially the Soviet part, is necessary to remember that there is still a lot of information that has not been disclosed yet. This is not really studied openly in mainstream academia yet, it’s only really studied at the highest levels of government.
There is a well-sourced article published, providing multiple examples from a CIA document that confirm the existence of humans with ‘special abilities’ who are able to do ‘impossible’ actions. It’s very interesting and goes to show just how strong results in the field of parapsychology are, and what information may still be kept hidden from people.
A study from China, translated and archived in the CIA’s electronic reading room, demonstrates the ability of a gifted girl to physically write on a piece of paper inside a closed container using nothing but her conscience.
Dr. Diane Hennacy Powell, MD, neuroscientist and psychotherapist published a paper in EdgeScience, a publication put out by the Journal Scientific exploration, detailing examples of “savants” demonstrating extraordinary abilities, like telepathy.
Today, hundreds of scientists are coming together to emphasize that physical matter is not our only reality. They’ve created a manifesto, and you can find links and access more information about this initiative, which started a few years ago, in an article that have been published. There is an entire non-physical world out there for us to study. “The day science begins to study non-physical phenomena, it will make more progress in one decade than in all the previous centuries of its existence.” – Nikola Tesla.
The point is that this stuff is very real, and has been studied for a long time. Here’s an interesting quote from the literature regarding remote viewing, a subject within the realm of parapsychology that allows a person to view other people or objects in different locations, regardless of the distance. Here’s a telling quote from some of the declassified literature: “To summarize, over the years, the back-and-forth criticism of protocols, refinement of methods, and successful replication of this type of remote viewing in independent laboratories has yielded considerable scientific evidence for the reality of the [remote viewing] phenomenon. Adding to the strength of these results was the discovery that a growing number of persons could be found to demonstrate high-quality remote viewing, often to their own surprise… The development of this capability at SRI has evolved to the point where visiting CIA personnel with no previous exposure to such concepts have performed well under controlled laboratory conditions.”
One participant of the program, remote viewer Ingo Swann, was tasked with the job of taking a look at what could be going on off the planet. Dr. Puthoff explains:
“To determine whether it was necessary to have a ‘beacon’ person at the target site, Swann suggested carrying out an experiment to remote view the planet Jupiter before the upcoming NASA Pioneer 10 flyby. In that case, much to his chagrin (and ours) he found a ring around Jupiter, and wondered if perhaps he had remote viewed Saturn by mistake. Our colleagues in astronomy were quite unimpressed as well, until the flyby revealed that an unanticipated ring did in fact exist.”
The takeaway
Why do we still ridicule parapsychology? It’s correlated with quantum physics, and it seems to be the next logical step for science. The fact that this type of study is not included within mainstream media is truly a shame, and it’s not fair that government agencies are the only ones who seem to be actively and heavily engaged in this type of study. This phenomena has huge implications and can expand human consciousness and what people understand about the true nature of reality, and what people understand about themselves and their connection to each other as well.