We’ve seen numerous studies and tons of data showing how the Covid-19 “vaccines” cause immediate adverse reactions, including death. But the long-term damage is much wider spread than anyone else is reporting. 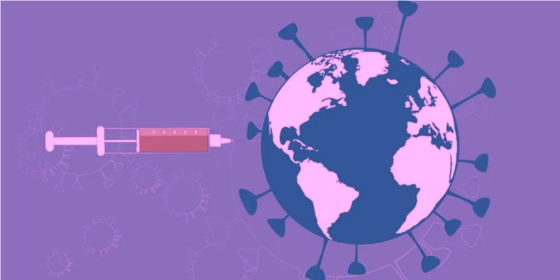 Source: Dr. Joseph Mercola
Editor’s Commentary: Did you know the Moderna Covid-19 “vaccine’ contains 40 trillion mRNA molecules in each injection? How about the fact that only a quarter of those mRNA molecules remain in the recipient’s arm with the rest being transported to other parts of the body, including vulnerable areas like the brain, heart, and lungs? Neither of these facts have been shared by Big Pharma, though they’re well aware of them.
Dr. Charles Hoffe has taken great pains to conduct and distribute the results of a study on the spike proteins being created by many of the so-called vaccines as well as the spike proteins being directly transmitted through the remaining vaccines. Conducting the study was difficult as it required more than the basic tests doctors normally administer on patients. But getting the information from the study out to the people has proven to be even more difficult than doing the study itself.
Governments, mainstream media, academia, Big Tech, and the vast majority in the healthcare industry itself are doing everything they can to protect Big Pharma and their beloved vaccines from the data that Dr. Hoffe and others are trying to release. He is being threatened constantly. The vaccine agenda is so widespread and universal amongst our leaders, even the least conspiratorially minded Americans have started questioning the tenacious push we’re seeing today.
Is it possible for the powers-that-be to have so much influence over our leaders and arbiters-of-truth? Yes. It’s not only possible, it’s almost certain based on the strong delusion that has encompassed all of western society. Vaccine-hysteria is ubiquitous. Despite all of the science showing that the vaccines are not only ineffective against Covid-19 but also quite dangerous to some, the drumbeat of “get vaxxed or else” continues across the globe.
The video made by Dr. Hoffe and the subsequent article by Dr. Joseph Mercola are essential pieces of information for those who are fighting the vaccine mandates. We are engaged in battle against far greater numbers with exponentially more resources. The victims of these campaigns who have succumbed to the vaccine push are often the people standing the most firmly behind their oppressors. Family, friends, and neighbors are against us because we refuse to get the jabs. This video and article can arm you with reasons for your beliefs that you can disseminate to those you influence.
This is one of the main reasons why this site and others in the network are constantly being canceled. Big Tech hates us. Mainstream media tries to ignore us. The comments and emails we receive daily are often quite vicious. We need as much financial help as we can get to continue to spread the truth.
Please watch this video, then read and share the article. Dr. Mercola is deleting all of his articles from his site after 48 hours, but we are dedicated to preserving them here. The information is far too important to be a flash in the internet’s pan. It must be brought to the masses as quickly as possible and for as long as it takes. Now, here’s Doctors Hoffe and Mercola…

Dr. Charles Hoffe, a family physician from Lytton, British Columbia, wrote to Dr. Bonnie Henry, B.C. provincial health officer, in April 2021 with serious concerns about COVID-19 vaccines. One of his patients died after the shot, and six others had adverse effects. While their small town had no cases of COVID-19, Hoffe said the vaccine was causing serious damage and he believed “this vaccine is quite clearly more dangerous than COVID-19.”1
Hoffe was quickly accused of causing “vaccine hesitancy” and local health authorities threatened to report him to the licensing body, the College of Physicians and Surgeons of British Columbia. He was also told by government health authorities that he could not say anything negative about the COVID-19 vaccine,2 but the issues Hoffe was seeing compelled him to speak out anyway.

Hoffe created the video above to explain how mRNA COVID-19 vaccines can affect your body at the cellular level.3 In each dose of the Moderna COVID-19 vaccine are 40 trillion mRNA — or messenger RNA — molecules.
Each mRNA “package” is designed to be absorbed into your cell, but only 25% stay in your arm at the site of the injection. The other 75%, Hoffe says, are collected by your lymphatic system and fed into your circulation. The cells where mRNA is absorbed are those around your blood vessels — the capillary network, which are the tiniest blood vessels in your body.
When the mRNA is absorbed into your vascular endothelium — the inner lining of your capillaries — the “packages” open and genes are released. Each gene can produce many COVID-19 spike proteins, and your body gets to work manufacturing these spike proteins, numbering in the trillions.
Your body recognizes the spike protein as foreign, so it begins to manufacture antibodies to protect you against COVID-19, or so the theory goes. But there’s a problem. In a coronavirus, the spike protein becomes part of the viral capsule, Hoffe says, but when you get the vaccine, “it’s not in a virus, it’s in your cells.” The spike protein, in turn, can lead to the development of blood clots:4
“So it therefore becomes part of the cell wall of your vascular endothelium, which means that these cells, which line your blood vessels, which are supposed to be smooth so that your blood flows smoothly, now have these little spiky bits sticking out.
So it is absolutely inevitable that blood clots will form, because your blood platelets circulate around in your vessels and the purpose of blood platelets is to detect a damaged vessel and block that damage when it starts bleeding. So when a platelet comes through a capillary and suddenly hits all these covid spikes that are jutting into the inside vessel … blood clots will form to block that vessel. That’s how platelets work.”


62% of Recently Vaccinated Patients Have Evidence of Clotting

Hoffe spoke with Dr. Sucharit Bhakdi, a retired professor, microbiologist and infectious disease and immunology specialist who, along with several other doctors and scientists, formed Doctors for COVID Ethics. Bhakdi has also warned that the SARS-CoV-2 spike protein binds to the ACE2 receptor on platelets.5
The subsequent activation of the platelets can lead to disseminated intravascular coagulation (DIC), i.e., a pathological overstimulation of your coagulation system that can result in abnormal, and life threatening, blood clotting, as well as thrombocytopenia (low platelet count) and hemorrhaging.
While some of the blood clots you may have heard about associated with the COVID-19 vaccines are the large variety that show up on MRIs and CT scans, Hoffe states that the variety he’s referring to are microscopic and scattered throughout the capillary network, so they won’t show up on any scan.
The only way to find out if this predictable mechanism of clotting is happening is with a test called D-dimer. D-dimer is a protein fragment produced by the body when a blood clot dissolves. It’s typically undetectable or present only at very low levels, buts its level may significantly rise when the body is forming and breaking down blood clots.6
According to Bhakdi, “Now a number of German doctors have been measuring the D-dimers in the blood of patients before vaccination and days after vaccinations and with respect to the symptoms they have just found out that triggering of clot formation is a very common event with all vaccines.”7
Hoffe has been conducting the D-dimer test on his patients within four to seven days of them receiving a COVID-19 vaccine and found that 62% have evidence of clotting.8 While he’s still trying to accumulate more information, he said:9
“It means that these blood clots are not rare. The majority of people are getting blood clots and they have no idea that they even have them. The most alarming thing about this is that there are some parts of your body, like your heart and your brain and your spinal cord and your lungs, which cannot regenerate. When those tissues are damaged by blocked vessels, they are permanently damaged.”


‘The Worst Is Yet to Come’

As Bhakdi explained, post-vaccination it’s possible to end up with so many blood clots throughout your vascular system that your coagulation system is exhausted, resulting in bleeding (hemorrhaging).10 Hoffe now has patients who get out of breath much more easily than they used to because “they’ve clogged up thousands of tiny capillaries in their lungs.” This is only the first problem, as it can lead to more significant, permanent damage. Hoffe noted:11
“The terrifying thing about this is not just that these people are short of breath and can’t do what they used to be able to do. Once you block off a significant number of blood vessels to your lungs, your heart is now pumping against a much greater resistance to try to get the blood through your lungs.”