OUT OF MIND » PERCEPTUAL AWARENESS » THE SHIFT IN CONSCIOUSNESS » ‘The Oneness Field’, Becoming Brave

SM…May the spirit of the legendary Apache Brave, Geronimo – be with you noble warriors….
Becoming Brave 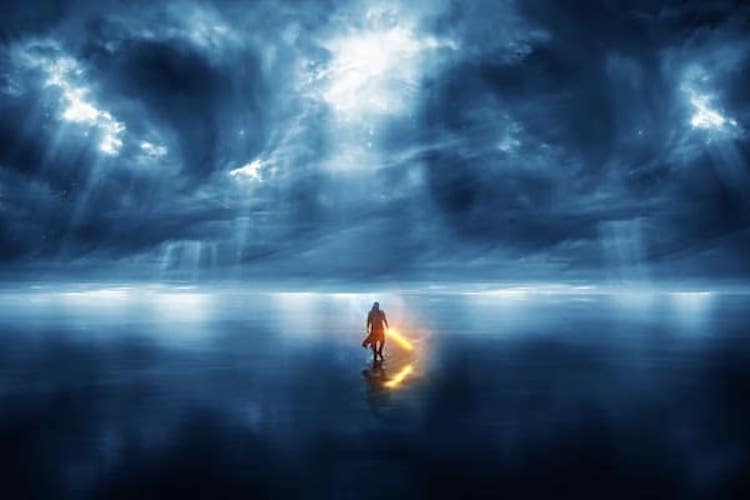 Elva Thompson
“Fearlessness is the first requisite of spirituality. Cowards can never be moral.” ~Mahatma Gandhi
It seems to me that the world is in free fall.  Everything is inverted, and as the matrix fails at the end of the Age, lies have become the currency of life.
The under the radar set up
It is obvious to any one with more than a couple of brain cells that this pandemic is a plan long in the making, and a major step in the elite’s mission to control all life on earth. The Luciferian agenda has crept forward in such small increments that few have noticed this shuffle into tyranny.
But now push has come to shove…the world has been brought to its knees by a pathogen with a 99% recovery rate….
As a result of this ‘fake pandemic’ the hysteria and oppression unleashed on the unsuspecting public is diabolical, unconscionable and criminal.
So what is this scamdemic really all about?https://lockerdome.com/lad/13792210441443686?pubid=ld-9661-1728&pubo=https%3A%2F%2Fwww.wakingtimes.com&rid=www.wakingtimes.com&width=740
The agenda
The soulless beings that created this dimension have been tinkering with our genome for a very long time. Our bodies have been modified and our awareness dumbed down to the point where it is hard to distinguish a herd of sheep from people in the street.
And, it is my sense that the inoculation being foisted upon humanity is another modification of our genome. Carried out by the same demonic bunch that have been interfering with us before the so called ‘primal scream’.
Modification and manipulation
Carl Sagan in his book The Dragons of Eden shows evidence that the volume of the human cranium increased by 33 percent at some time in the distant past. The increase in size was caused by the addition of the frontal lobes, the neo cortex that gave us self awareness. Gave us the I…the almighty ego.
And god said: Genesis 3:22: “The man has now become like one of us, knowing good and evil. He must not be allowed to reach out his hand and take also from the tree of life and eat, and live forever.”
Carl Sagan also shows that there were modifications to the female pelvis to allow for the passage of bigger heads.
And god said to the woman: Gen 3 v 16 “I will greatly multiply your pain in childbirth, In pain you shall bring forth children.” And god cursed Eve with painful childbirth.
Looks like these ‘gods’ are immortals just like the characters we find in myth and legend. Zeus/Enki for starters.
So what’s the next step in their diabolical agenda?  Could it be the destruction of our spiritual link to Source Creator? Reinforcing the prison of the five sense world….that would make their wet dream of trans-humanism much easier to establish.
Coming for the children
“The spirits of darkness are now among us. We have to be on guard so that we may realize what is happening when we encounter them and gain a real idea of where they are to be found. The most dangerous thing you can do in the immediate future will be to give yourself up unconsciously to the influences which are definitely present.” ~Rudolph Steiner.https://lockerdome.com/lad/10162674340441958?pubid=ld-10162674340441958-653&pubo=https%3A%2F%2Fwww.wakingtimes.com&rid=www.wakingtimes.com&width=718
Rudolph Steiner in his 1917 essays published under the title ‘The Fall of the Spirits of Darkness’ foresaw a future where a vaccine would be mandated that would steal our spiritual reality and enslave us in the five sense world.
Remember, we were told by the ‘forked tongues’ that only granny and grandpa were at risk from the pathogen. We were told it didn’t affect children and young people. So what’s the urgent rush to vaccinate babies, toddlers, children, teenagers and pregnant women.
Steiner was right.
They are coming for the children with a vengeance. The first move was to isolate and cripple their minds with social distancing, lack of human touch, and destroying their health with masks. Stage two under the guise of safety is injecting them with a six sided, self replicating, electromagnetic molecule called graphene oxide. The mark of the beast mind.
This horror we are living through is not about a disease…it’s about absolute mind control and the trans-humanist agenda.
Spiritual battle
There is a spiritual battle in full cry. The aim of the globalists is to eradicate the spirit of humanity and make way for the cyborg machine man. The inoculated masses have unwittingly forfeited their spiritual connection with Source in return for ‘physically getting back to normal’. While others have been coerced by their employers, and threatened with dismissal if they don’t take the jab.
The remnant
Romans 11:5, “Even so then, at this present time, there is a remnant according to the election of grace.”
Becoming brave
When we release the old thought forms that surround the I, release energy of the old life, densities begin to break up, our sense of identity changes and everything in our world takes on a different perspective, a different expression of our new vibrational self.
We are becoming brave…
I suspect that those of us that reject the mark of the beast mind are the remnant. The quiet voice of spiritual reality has spoken to us and has given us the Steiner understanding.

“Out beyond ideas of wrongdoing and right doing there is a field.
I’ll meet you there.

When the soul lies down in that grass the world is too full to talk about.” Wisdom from Rumi.
I think the quote by Rumi speaks directly to our time. Our path takes us beyond duality to the Oneness field where there is no ‘in or out’ or ‘up and down’. A place where our intuition and our heart come together. Where our inherent knowing comes from a different level of reality far beyond the five sense world.
Know the power – that is peace
Spiritual reality has brought us this far. It is the one source of stability and strength we can take comfort in. Source Creator has blessed us with clarity of vision. We see the truth where others see only lies. We no longer have to swim upstream against the current for we have become brave standing tall in spiritual reality. No longer do we cower and grovel at the feet of demonic agencies. We are the remnant. We are the emissaries of Source Creator placed into this time to serve the Oneness field.
So guys, we are not alone.  Let us stand strong and be a strength to one another.
Much love.
About the Author
Elva Thompson was born in England in 1947 and moved to Rosebud Lakota reservation in 1987. She is the author of the Heartstar Series; Book One: The Key made of Air, and Book Two: The Gates to Pandemonia. Her other interests include organic gardening, ancient phonetic languages, sonic sound and their application in the healing arts.
https://www.wakingtimes.com/becoming-brave/

OUT OF MIND » PERCEPTUAL AWARENESS » THE SHIFT IN CONSCIOUSNESS » ‘The Oneness Field’, Becoming Brave