Relief from COVID Vaccine Tyranny will NOT Come from the Courts as U.S. Supreme Court Denies Right to Refuse Shots by NYC Teachers 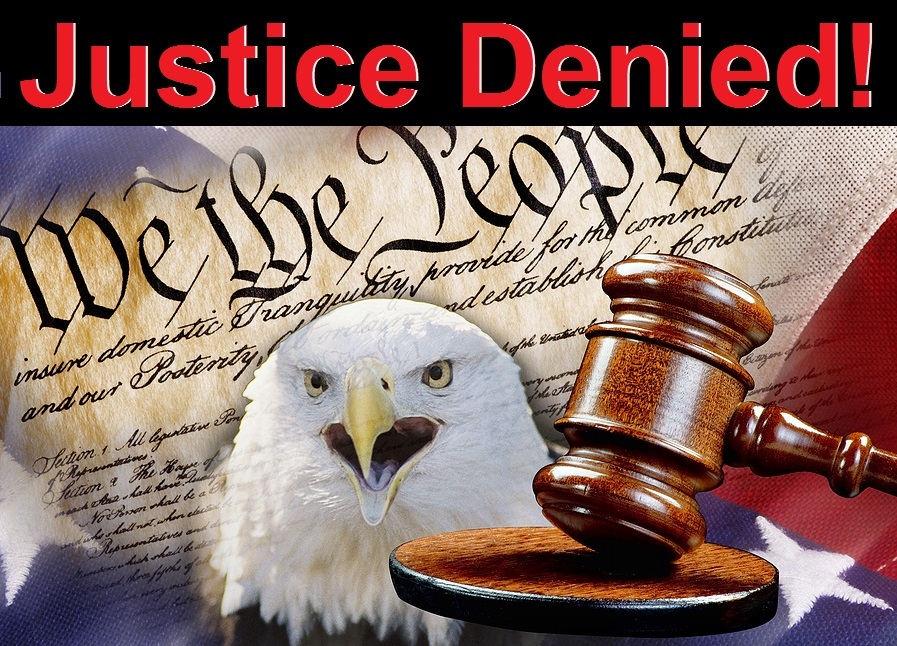 by Brian Shilhavy
Editor, Health Impact News
For everyone in the United States who is still holding out hope that the American judicial system will recognize that the current COVID-19 “vaccines” were approved illegally, and that neither government nor private employers have a legal right to mandate them as a condition to work or participate in society, it is time you recognize that this hope in the judicial system is in vain.
Salvation will not come from the American judicial system, and Supreme Court Justice Sonia Sotomayor drove the last nail in the coffin of that hope yesterday, Friday, October 1, 2021.

Oct 1 (Reuters) – U.S. Supreme Court Justice Sonia Sotomayor on Friday refused to block New York City’s requirement that its public school teachers and employees be vaccinated against COVID-19.
Sotomayor denied a challenge by four teachers and teaching assistants who sought to halt enforcement of the vaccine mandate while their lawsuit challenging the policy continues in lower courts. Public school system workers were ordered to be vaccinated by 5 p.m. EDT (2100 GMT) on Friday or face being placed on unpaid leave until September 2022.
Some governments and private employers have embraced vaccine mandates to guard against the spread of COVID-19 in the workplace as they try to return to some degree of normalcy after coronavirus pandemic-related disruptions that began last year. Such mandates have become a flash point in the United States, with opponents including those in New York City saying their constitutional rights are being violated.
New York City Mayor Bill De Blasio, a Democrat, announced on Aug. 23 that all 148,000 staff in the largest U.S. school district would be required to submit proof of at least one dose of a COVID-19 vaccine. After a lower court temporarily blocked the measure – an order since lifted – the deadline was pushed to Oct. 1.
Around 1 million students attend the city’s public schools.
Sotomayor rejected the emergency request without offering an explanation or referring the matter to the full nine-member court. (Source.)

I saw a headline on a Right Wing “Conservative” Alternative media site yesterday announce this decision as being from the “Far Left Justice Sonia Sotomayer.”
How foolish.
“Right” vs. “Left” divisions are what is hampering this nation to mount a united effort to fight against medical tyranny right now. Newly appointed “Conservative” Supreme Court Justice Amy Coney Barrett made a similar ruling in August denying a petition by Indiana University students to block that school’s COVID-19 vaccine mandate. (Source.)
And let’s not forget that it was the hero of the “Right Wing Conservatives” who took $TRILLIONS out of the American economy to fund Operation Warp Speed and bring these COVID-19 shots to market faster than any other vaccines in U.S. history, Donald Trump, who still brags about his accomplishments to this day.
And for you “johnny-come-lately” pundits just now jumping on the anti-vaxx bandwagon, let me give you a brief history lesson about how what little opposition has been made in the past to slow down corporate America’s rush to enslave the population through the medical system, has usually come from the left.
The “Conservative Right” is who supported the 1986 National Childhood Vaccine Injury Act which gave pharmaceutical companies producing vaccines legal immunity in the courts from being sued due to injuries and deaths caused by their vaccine products.
“Conservative” President Ronald Reagan signed that bill into law.
The law was challenged at the Supreme Court in 2011 with Bruesewitz v. Wyeth LLC, and the law was upheld as the Court ruled that vaccines are “unavoidably unsafe.” All of the “conservatives” on the bench sided with Big Pharma, including Justice Clarence Thomas and Justice Samuel Alito, considered “solid conservatives.”
And who wrote the dissenting opinion complaining that the Court was overstepping its bounds and ruling beyond what Congress intended by giving Big Pharma too much power?
“Liberal” Supreme Court Justice Sonia Sotomayor. (You can read her opinion here.) She was joined in dissent only by Ruth Bader Ginsburg, now deceased and no longer on the Court.
So when I learned earlier this week that Justice Sotomayor was going to be the one on the Supreme Court to hear the complaint of New York City school teachers who are faced with losing their jobs now for failing to receive a COVID-19 shot, I thought, OK, this will be the final test to see if there is any opposition left in the judiciary to these unlawful vaccine mandates.
If ever there was a cause worth fighting for in regards to civil liberties and progressive liberalism, standing up for the masses enslaved by corporate America, this was it.
Well, the Supreme Court has failed the test. We will not find justice there, America.
If you want to stop these vaccine mandates, you are going to have to do it yourselves, and stop putting your faith in the American political system, no matter what party affiliation, and that includes the judiciary.
Now, I am not saying that you should stop filing these lawsuits. There is still some value in using the judicial system, because it does expose publicly just what these tyrants are doing, mostly in secrecy. And there are good attorneys doing this all over the world, exposing their evil deeds.
But we just should not expect any justice or relief from the courts. Other than educate the public about just what these tyrants are doing behind closed doors, there really is no other value to these lawsuits. They will change nothing.
Change will only come when people wake up and say “Enough is enough!” and stop obeying the tyrants.
This is what they fear, and it doesn’t take a majority to start a revolution. Courage begets courage, and liberty begets liberty. It is contagious. If just 10% of the population resists, it will become infectious and draw others into resisting as well.
This is what they fear, and this is the fear motivating them to censor all contrary information in the corporate media and Big Tech.
They fear YOU!!
What is it going to take America? Our seniors are being killed in record numbers, our children are being murdered and the young are being made infertile, while these shots make people sicker and sicker as they decimate the medical system by forcing all the moral and intelligent doctors and nurses out of the system, so that there will be nobody left to take care of the sick and dying that their COVID injections are causing, and will continue to cause now with endless booster shots.
This country is now on life support, and about to experience a total system collapse, and yet most people are still asleep or just starting to wake up, perhaps too late to save themselves.
The worst is yet to come, and it is coming fast. The life of everyone reading this today hangs in the balance.
If the American people do not act to stop the murders and the rapid march towards a totalitarian medical police state, then I can assure you God will. He will step in and judge this country, destroying it so it can be rebuilt by others, perhaps by the Messiah Jesus Christ himself who will at some point, according to prophecy, usher in the REAL New World Order.
And his judgments will come down hardest against the “Conservatives” and “Christians,” who claim to know God and represent his teachings in the Bible. This is already happening as conservatives and Christians who take the shots, which are clearly one of the “marks of the beast,” are dying and being crippled by these shots that they trust in.
It’s time to choose sides, and I am not talking about political sides.

Then Jesus told them, “You are going to have the light just a little while longer. Walk while you have the light, before darkness overtakes you. The man who walks in the dark does not know where he is going. Put your trust in the light while you have it, so that you may become sons of light.”
Even after Jesus had done all these miraculous signs in their presence, they still would not believe in him. This was to fulfill the word of Isaiah the prophet: “Lord, who has believed our message and to whom has the arm of the Lord been revealed?”
For this reason they could not believe, because, as Isaiah says elsewhere: “He has blinded their eyes and deadened their hearts, so they can neither see with their eyes, nor understand with their hearts, nor turn–and I would heal them.”
Isaiah said this because he saw Jesus’ glory and spoke about him. Yet at the same time many even among the leaders believed in him.
But because of the Pharisees (medical authorities today?) they would not confess their faith for fear they would be put out of the synagogue (the center for participating in the community); for they loved praise from men more than praise from God. (John chapter 12)