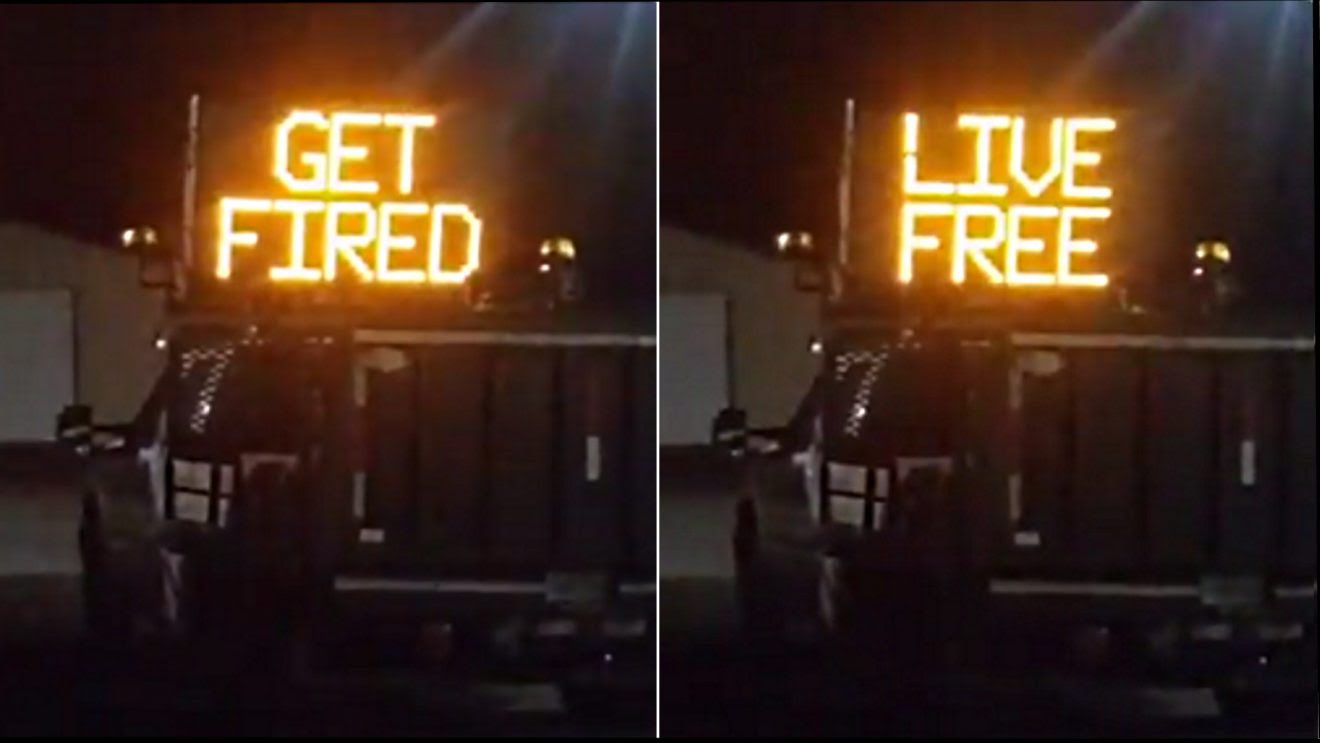 Nurses in Illinois, highway workers in Washington state, the Los Angeles sheriff, and the governor of Oklahoma have joined Americans who are taking a stand against mandated Covid vaccination.
In Illinois, six nurses employed by Riverside Healthcare in Kankakee have filed a lawsuit against the hospital over their right to refuse the jab, citing the state’s Health Care Right of Conscience Act.
The nurses were notified by Riverside Healthcare officials that they will be terminated by Oct. 31 if they do not get the Covid jab, Just the News reported on Thursday.
Attorney Daniel Suhr of the Liberty Justice Center, which is representing the nurses, said that Riverside is in violation of the state’s Health Care Right of Conscience Act, which protects physicians and other health care workers from being asked to compromise their beliefs in the course of practicing their profession.
“The law says that if you have a sincere moral conviction that stems from your belief in God, then your employer has to respect that,” Suhr said.
One of the six nurses, Neelie Panozzo, a nurse practitioner for over 24 years at Riverside, said her faith is the reason for her decision not to get the vaccine: “I have dedicated my life to living out my faith by serving my patients. I believe I am called to love and serve my patients especially those who are frail and vulnerable. I am also following my faith teaching when I say I can not accept this vaccine.”
In Washington state, a transportation crew left a message on a digital road sign for Democrat Gov. Jay Inslee, who has mandated they get the jab.

In Los Angeles County, Sheriff Alex Villanueva said he will not enforce the county’s vaccine mandate at his agency.
Villanueva, who oversees a department with roughly 18,000 employees, said his employees are willing to be terminated rather than get vaccinated.
“I don’t want to be in a position to lose 5, 10% of my workforce overnight on a vaccine mandate,” the sheriff said.
Los Angeles County has imposed one of the nation’s strictest vaccine mandates, requiring proof of vaccination for everyone entering bars, restaurants, nail salons, gyms, or even a Lakers game.
In Oklahoma, Republican Gov. Kevin Stitt announced that the state will take the Biden administration to court over its plan to impose a vaccine mandate on businesses with more than 100 employees.
In a video message posted on Thursday, Stitt said that “this action is not just federal overreach; it’s unconstitutional,” and “getting the vaccine is a personal choice.”
Stitt added: “President Biden’s administration has no respect for individual freedoms. I cannot believe we have a president who wants to force Americans to choose between a vaccine and their job. The people this is affecting aren’t just statistics. They’re real Oklahomans with real concerns. They’re brave nurses and caretakers. They’re expecting mothers and fathers. They’re first responders and brave law enforcement.”
Oklahoma Attorney General John O’Connor also denounced the vax mandate: “In the event federal emergency rules are issued that place such an unlawful demand upon employers, our office will be joined by other state attorneys general across the country to quickly sue and seek an injunction against any implementation or enforcement” of a mandate.
In New York, Judge David Hurd of Utica sided with 17 healthcare workers who sued over the state’s vaccine mandate for healthcare workers that may have seen up to 75,000 unemployed for refusing the jab.
Hurd granted an injunction against the mandate starting immediately while the case is tried. He wrote: “There is no adequate explanation from defendants,” meaning the state, “about why the ‘reasonable accommodation’ that must be extended to a medically exempt health care worker under 2.61 could not similarly be extended to a healthcare worker with a sincere religious objection.”
In a social media post, one worker who said he and his crew were threatened with termination if they didn’t get the jab said his employers backed down when the workers stood up.
“Stand together, they can’t take your dignity, your job, or your pride,” the man said (video below; profanity warning).

HOW YOU PUT A STOP TO VACCINE MANDATES!