Nobody knows what happened to the Srivijaya empire. Image Credit: CC BY 2.0 Photo Dharma
Large amounts of gold and other treasures have been found by fishing crews in the Musi River in Indonesia.
It might sound like something from the plot of an Indiana Jones movie, yet the recent discovery of treasure worth millions at the bottom of a river in Sumatra is in fact the real deal and could provide clues to the disappearance of the long-lost Srivijaya empire.

According to legend, the island of Sumatra - also known as the 'Island of Gold' - was once home to a civilisation that possessed untold wealth thanks to vast gold deposits that naturally occurred there.

The Srivijaya empire disappeared sometime in the 13th-Century, taking its wealth and secrets with it.
Now though, fishing crews working in the Musi River have reported the discovery of various treasures - including coins, statues, precious gems and more - that archaeologists now believe could be the relics left behind by this long-lost civilization.
"In the last five years, extraordinary stuff has been coming up," said maritime archaeologist Dr Sean Kingsley. "Coins of all periods, gold and Buddhist statues, gems, all the kinds of things that you might read about in Sinbad the Sailor and think it was made up."
Kingsley believes that these treasures are evidence that the Srivijaya empire was very real indeed - a "waterworld" civilization that lived and worked on the rivers like today's boat people.

"Bobbing above snapping crocodiles, the local fishers - the modern sea people of Sumatra - have finally unlocked the secret of Srivijaya," he said.

Exactly why the Srivijaya empire disappeared remains a mystery, however Kingsley has speculated that it may have fallen victim to volcanism - a bit like Pompeii.

It is also possible that a flood or tsunami could have wiped out their settlements along the riverside.

"They are lost to the world," he said.

Have Sumatran fishing crews found the fabled Island of Gold? | Treasures worth millions found in the last five years along the Musi River could be the site of the Srivijaya empire https://buff.ly/3C9bxEb #Indonesia #Sumatra #treasure #gold #archaeology 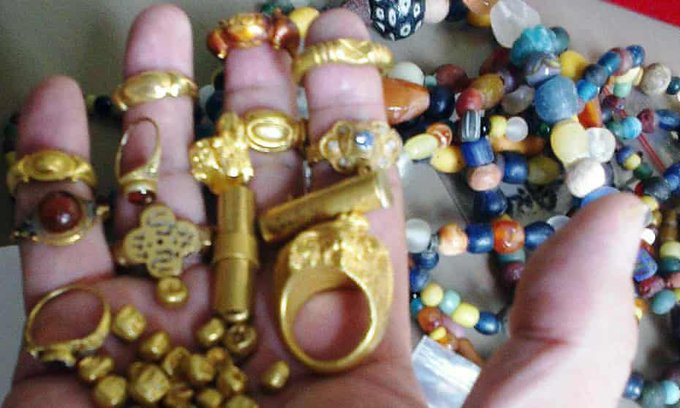 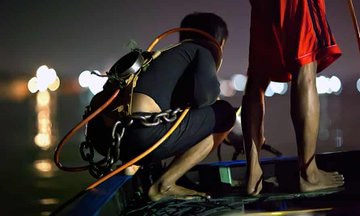 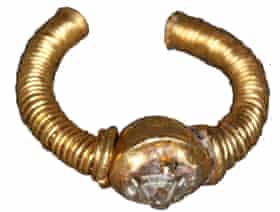