Source: Naturalnews.com
The ranking member of the House Intelligence Committee, Rep. Devin Nunes (R-CA), has called for the immediate arrest and prosecution of Dr. Anthony Fauci.
Rep. Nunes joins a growing list of Congressmen and women who are calling for Fauci to be brought to justice for committing crimes against humanity.
The National Institutes of Health (NIH) has finally admitted to funding controversial gain-of-function virus research in Wuhan, China.
Naturalnews.com reports: Fauci has repeatedly denied his involvement in gain-of-function virology research, lying to Congress multiple times during sworn testimony. When Fauci went before the U.S. Senate, Senator Rand Paul provided detailed evidence about Fauci’s dangerous gamut of gain-of-function virology research. Dr. Paul questioned Dr. Fauci on the controversial research, holding him to account. Fauci repeatedly denied the allegations, as he tried to cover up his leading role in the bioweapons research. Fauci committed perjury while denying the very essence of the research he authored.
For this reason, “he should be prosecuted here [in the Senate],” Rep. Devin Nunes told Fox News. “If he was notified, our committee did a year-long investigation. We talked about it on your show back in May, we put out an official report. So he was clearly on notice then.” Rep. Nunes said Fauci was questioned twice by Senator Rand Paul. “He [Fauci] said it [gain-of-function research] didn’t happen, and that’s simply not true,” Nunes stated.
“And I don’t think his e-mails, when you go back and look at the time, show that he wouldn’t know something about this either. So he’s long been on notice, he knows this, and now the question is, will The Department of Justice do anything about it,” he said.
“Look, we heard Dr. Fauci say simply ‘I don’t know how many times I can say it,’” said Richard Grenell, the acting director of national intelligence. “I think we should take him up on this and we should count how many times he said it, because this isn’t just once or twice or three times. He has been unequivocal in denying this. This is a real problem. He not only doubled down, tripled down, but he promised that unequivocally this wasn’t even close, it wasn’t a spin.”
“And I think that his total deception is what takes place in Washington D.C.,” Grenell said. “Look, those of us on the outside of Washington, we look at this clown show and we say how is this possible? How is DOJ not immediately going after them?” Grenell continued, “This is really scary for the United States to not have a DOJ and an attorney general to jump on this immediately, prosecute the guy.” 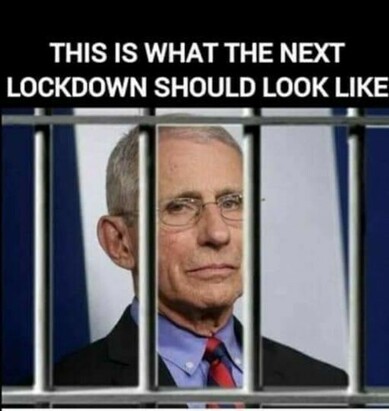 » US Senate Committee Calls on Julian Assange to Testify in Russian Interference Probe
» Hugh Hewitt DESTROYS Dr. Fauci In Brilliant Interview…Calls Him Out For Lies…Asks Him To Resign
» White House is Planning a ‘Graceful Exit’ for Anthony Fauci
» Anna von Reitz ~ Regarding Calls for My "Arrest" and My Turn to Ask Questions
» You’re Under House Arrest as a Result of a Crime Committed by the CDC