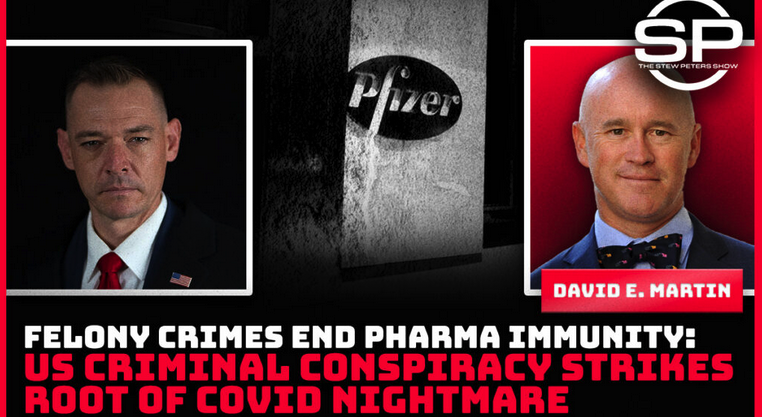 
Dr. David Martin joins Stew Peters to talk about how we can end this nightmare called COVID-19.
David has been spending the past year and a half fighting to unravel what he says is the global criminal conspiracy of coronavirus. Parties include the American and Chinese governments, the International Monetary Fund and Blackrock. David says these groups are guilty of terrorism.
THE LONG MARCH OF RACKETEERING

Doctor: Do This if You Have Enlarged Prostate (Watch)

You'll Only Pass This if You Lived in the 70s

These Are the Top Financial Advisors in Stoughton

SmartAsset
David says the plot goes all the way back to 1984, when Anthony Fauci took over at NIAID, “And two years later, railroaded the first step in a global conspiracy to actually create a human dependency on vaccines.
“It is important to realize that the 1986 Act, which famously gave vaccine manufacturers immunity from liability and put that liability on the shoulders of the American People, was in fact the first step in a very long march to this moment in time and the fact of the matter is, every single pathogen that has come out from 1986 until the present has unfortunately yielded a public that still is dubious about vaccines.
“And as Peter Daszak said in his very famous quote from the National Academy of Sciences in February of 2016, the issue is “We must create ‘hype’ to get the public to buy off on what now is a gene therapy being illegally marketed as a vaccine so that the human race becomes dependent forever on the modified genetics created by a vaccine industry out of control.