OUT OF MIND » THE INSANITY OF REALITY » FINANCIAL COLLAPSE » ‘Planet Ponzi’, The Magic Money Tree of Modern Monetary Theory

Up The Stairs And Down The Lift Shaft
Mitch Feierstein & Alan Day
COVID-19 and climate change have not only shown us how brittle the world’s supply chains really are, but also how they are being used by central bankers to hide a decade of monetary policy mistakes.
In March, 2020, we sat down with Hedge Fund Manager and Investor, Mitch Feirstein and CEO of State of Flux, Alan Day, to discuss how COVID-19 would affect the world’s supply chain. As their predictions came true against the backdrop of the recent COP26 talking shop, host Ross Ashcroft invited them back to explain the mess we are in.

Both Mitch Feierstein and Alan Day have been vindicated by the unfolding of events over the past 18 months. The former was right to have called out the notion that the pandemic as well as the dotcom bubble and Bernanke housing crisis that preceded it, were used by governments’ and central banks to facilitate the printing of enormous amounts of bailout money to the super rich.
All these crisis are camouflage for central bankers and policymakers to print more money and throw it into a broken system that benefits billionaires but eviscerates the middle class. Feierstein predicts that the next crisis will comprise a QE extension of tens or hundreds of trillions of dollars in bailouts and hidden guarantees, this time with COP26 as the facilitator.
The investor says that unlike the approach taken by Russia, the Wests strategy of endless money printing is premised on Stephanie Kelton’s model of modern monetary theory. The infamous Magic Money Tree that’s derived from it, ostensibly intended to solve societal or economic problems, is in truth, a strategy that is inflationary and, hence, fiscally imprudent and irresponsible. 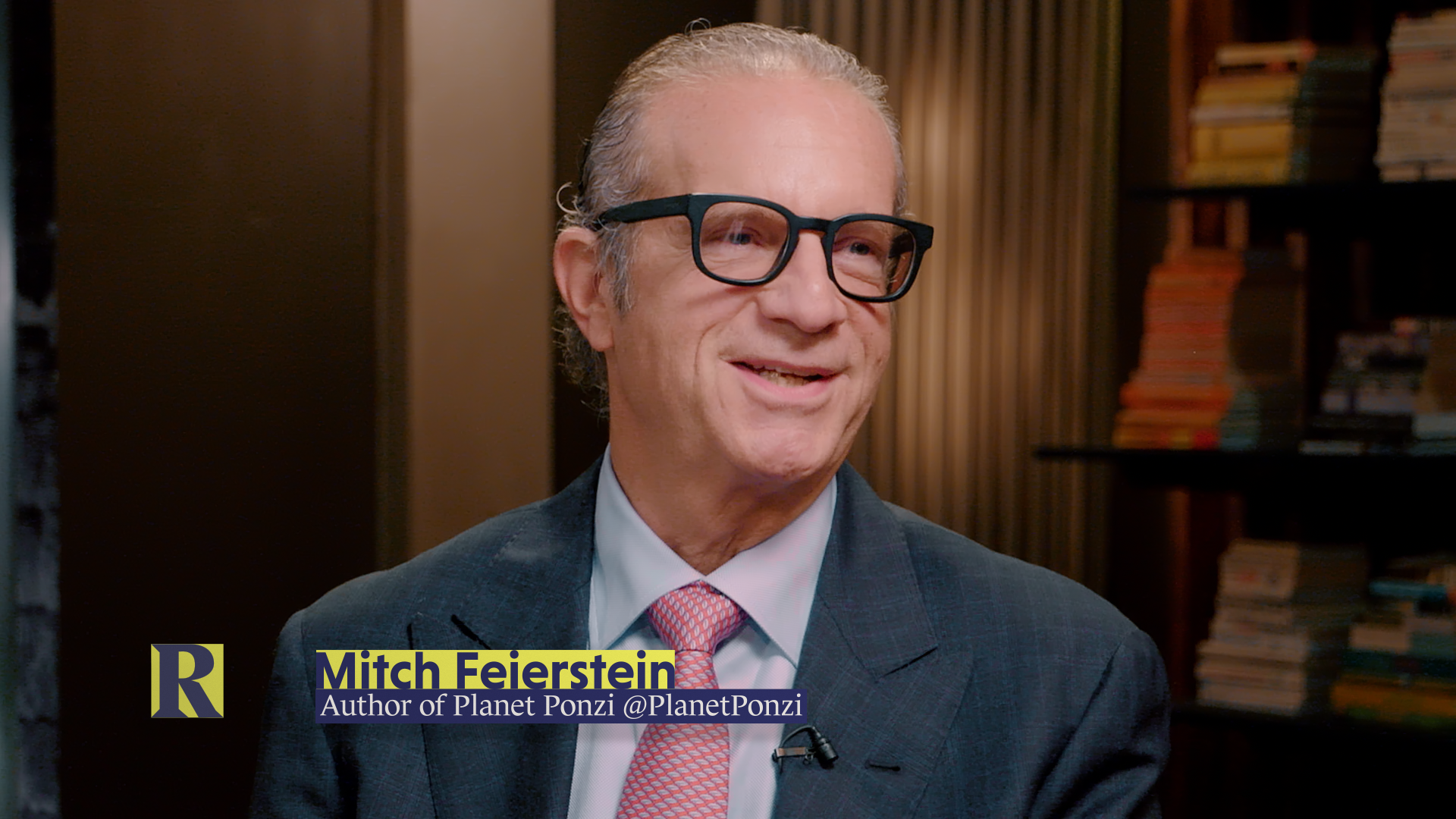 Feierstein rejects central bank claims that inflation is transitory arguing that it’s a ancillary sign that real inflation, at 20 percent, is actually ballistic and off the charts.
“We’re in one of the most egregious, grotesque, asset bubbles and it’s manifesting itself in the valuations in the equities markets, the bond markets, the property markets and the credit markets. And this can only end one way. And that’s very badly”, says Feierstein.

The printing of huge sums of money on this scale has created a [url=https://www.investor.gov/protect-your-investments/fraud/types-fraud/ponzi-scheme#:~:text=A Ponzi scheme is an,with little or no]Ponzi Scheme[/url] bubble of such an outrageous magnitude, that it can never be tapered.

One of the big problems is that economic commentators constantly talk about the stock market as if it’s the real economy but rarely do they highlight the disconnect between them. What we’re seeing are huge amounts of money borrowed at almost zero interest which is then used to buy-back record amounts of stock.
Feierstein explains what that does to a company and why it’s not indicative of what’s going on in the real economy:
“It’s estimated”, says the investor, “that by the end of this year, buy-backs in the US stock market are going to be well over a trillion dollars. The CEOs are making boatloads of cash because their pay is linked to the stock or they’re being paid in equity. If you look at interest rates, they are deeply negative.”
Feierstein continues:
“If 30 years ago you told me when I entered these markets, there would be trillions of dollars in negative interest rate yielding bonds, there’s no way anyone would ever believe that would be possible. It’s complete monetary insanity. But it will come back to haunt people in terms of hyperinflation. When people realise the United States cannot pay back its debt, and if another country like China says we’re going to have a gold-backed Yuan, then that’s going to be the dominant currency. This can happen overnight and will cause a massive problem.”
The investor makes the point that hyperinflation is already a feature among selected asset classes like property where there have been exponential price increases. In the absence of any correlation between house prices and earnings, those markets become untethered to each other which is ripe for a disaster. The investor is starting to witness this in terms of negative yields in the bond market which manifests in illegal debt monetisation.
Feierstein explains what this means in layman’s terms:
“Basically, a way that a government funds itself is by issuing bonds. They pay interest rates, but pay the public nothing. When the WEF said, you’ll be poor, own nothing and you’ll be happy, that’s part of Klaus Schwab’s Great Reset. You will have one government entity issuing bonds and another one buying them. That’s financialisation.”
The investor adds:
“It’s the same thing with the stock buy-backs. All you’re doing is bringing earnings from the future to today, so you can put it in your pocket. But then you cannibalise the company going forward. So you’re destroying a profitable growing organisation. Instead of using debt to build something, you’re destroying something and taking a profit out.”

Suggested content I Want It And I Don’t Want To Pay – A Brief Guide To Something For Nothing Economics
Similar extraneous circumstances that were to have a knock-on effect on the economy and society were also pre-emptied in March, 2020 by Alan Day. The State of Flux CEO accurately predicted what was going to happen with our supply chain woes in terms of shortages in supermarket shelves, petrol and lorry driver shortages as well as rising inflation filtering through to the marketplace.
Day interprets these changes as an inevitable reflection of an unsustainable consumption and throwaway model. For Day, a key consequence of the pandemic has ultimately been the acknowledgement by corporations that their supply chain procurement can influence behaviours down through the chain and that big business CEOs have been complacent about the need to retain supplier relationships.
As Day explains, it’s a cavalier attitude that hasn’t worked:
“We’re seeing it come home to roost in terms of them bearing the brunt of the shortages. They’re not getting the scarce resource, they’re not getting the A-Team from the suppliers who are saying, I now have a choice on who I sell to. It’s not going to be the people that have treated me badly over this period.”
Day says that the much mooted notion of CEOs throwing money at the problem within an inflationary environment is also not a solution. It is no longer good enough to expect that consumers will bail out the CEOs in terms of higher prices on the shelves.

The balance of power is shifting away from corporate CEOs towards the supply chain guys. That change in emphasis can potentially be the catalyst for a visionary to create efficiencies which ultimately benefit the consumer.

“Hopefully, what we’ll see is investment in process technology and training of people on how to put in relationships, how to make them structured and consistent, what I call industrial strength. We’re starting to see a renewed focus in the supply chain. We’re seeing investment in it. We’re seeing it on the CEO’s radar”, says Day.

Two statistics have shocked the State of Flux CEO. The first is that two-thirds of organisations are reliant on having a good relationship with their suppliers to get over supply chain disruptions and risk in their supply chain when they haven’t invested in the relationship.
The second is those who are good at supply management are five times as likely to have faster speed to market for their products or services. 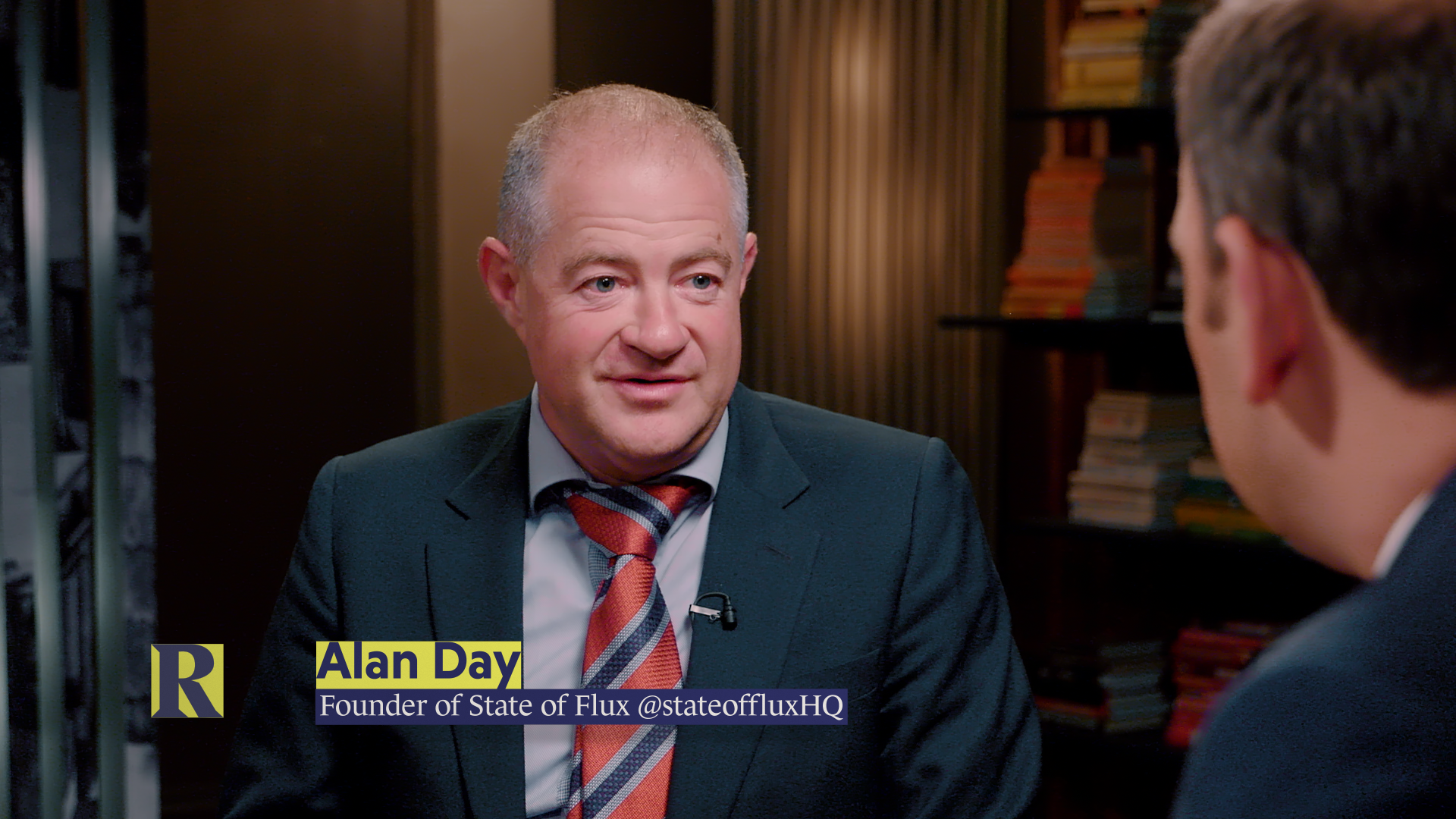 “So it’s incredibly compelling to be good, and yet only 12 percent of organisations are in what we call the leadership group in this. What has been consistent for the 13 years we’ve done the research is that if you’re good at this, you’re going to get between three and six percent additional benefit over above what’s contracted”, says Day.
The CEO adds:
“We did an interesting project with a very good client of ours at one of the UK top banks, and we actually took the role of an end customer and walked through the service. What was key to it, was about 70 percent of the end service was not provided by the bank.You walk into a branch, the teller is probably a temp from a supplier. The credit card that you receive has been processed and that says supplier. The envelope that it came in is a supplier. But not only do we not look after suppliers, we forget that probably we’ve got another 40 to 50 percent of a workforce not working directly for us, but for suppliers”, says Day.

The key problem the CEO identifies is one of business short-termism predicated on quarterly share price valuations.

“Let’s fact it”, says Day, “relationships take a while to build. They rely on good people, on process, structure and governance, which people haven’t been doing. If I was a CEO, I’d be asking myself how many of my key suppliers am I seeing each year? There should be 30 or 40 suppliers that the business can’t function without that the CEO should make time for.”
Going forward, Day predicts there will be more shortages which for the consumer means more belt tightening.
“Hopefully, we’ll see some investment in supply chain and procurement as part of a global community. In a perfect world, we will get some efficiencies from that which should help mitigate some of the challenges, but I expect those things will take two to five years to really iron out.”
Day concludes:
“The good thing is we’ve seen an upturn in training and focusing on improving people’s skills, which even in the lock down environment is still able to happen. In the research, we look at what people are getting trained in. The thing that they need the most is relationship trust-building collaboration, and they’re woefully under trained in that area. So hopefully we’ll see an increase of skill sets, which will then help the consumer, ultimately, as it flows through the supply chain.”
https://renegadeinc.com/up-the-stairs-and-down-the-lift-shaft/

OUT OF MIND » THE INSANITY OF REALITY » FINANCIAL COLLAPSE » ‘Planet Ponzi’, The Magic Money Tree of Modern Monetary Theory

» UN Agenda 21 and Modern Monetary Theory
» Gather Round The Magic Money Tree! The Systematic Impoverishing Of The World Wrapped With A Bow
» “Shadow Corporations,” believed to be money-laundering Ponzi scams and swindling leeches.
» Ritual Magic in Theory and Practice
» ”ONE” SAY’S ”NO” to ALL Secret Governments and MONEY MAGIC