Scientists Confirm Earth Now Has a Second Moon: Here’s What We Know So Far

Source: Jack Davis
Leaving a wobbly track through space, a tiny mini-moon orbits the Earth.
Intrigued by this scrap of rock, which is about 164 feet across, scientists have been trying to figure out how the little moonlet got there. They have decided it is nothing more than a chip off the old block.
The moonlet bears a grand name — Kamo’oalewa, which is a Hawaiian word that roughly translates to “the oscillating celestial fragment,” according to Live Science.
Good luck trying to find it, because on its closest approach to Earth it is about 40 times farther than the 239,000-mile distance that separates us from the moon and its orbit can take it as far as 100 times farther, according to Time.
The chunk of space rock’s orbit gets warped by the competing gravitational pulls of the sun and Earth.
“It’s primarily influenced just by the sun’s gravity, but this pattern shows up because it’s also — but not quite — on an Earth-like orbit. So it’s this sort of odd dance,” said graduate student Ben Sharkey of the Lunar and Planetary Laboratory at the University of Arizona, who is the lead author of a recent paper trying to identify the moonlet’s origins, Time reported.
A visit was out of the question, so using Earth-based instruments to gather data, they learned enough to know that the little critter was similar to most asteroids, in that it was made from similar material, but it was different, in that the infrared signature didn’t match.
The question was resolved when Sharkey went back in the archives to review a study of moon samples brought back to Earth by the crew of Apollo 14 in 1971.
Bingo. The results were a match.
“Visually, what you’re seeing is a weathered silicate,” Sharkey said. “The eons of exposure to the space environment and the micrometeorite impacts, it’s almost like a fingerprint and it’s hard to miss.”
The moonlet’s origins are guesswork, but given that the moon is whacked over and over by rocks whizzing through space, pieces fly off the surface routinely.

Kamo`oalewa, an odd asteroid that orbits in lock-step with the Earth, may be a chunk of the Moon that was broken off during a huge, ancient collision. Just imagine watching that happen... https://news.arizona.edu/story/near-earth-asteroid-might-be-lost-fragment-moon 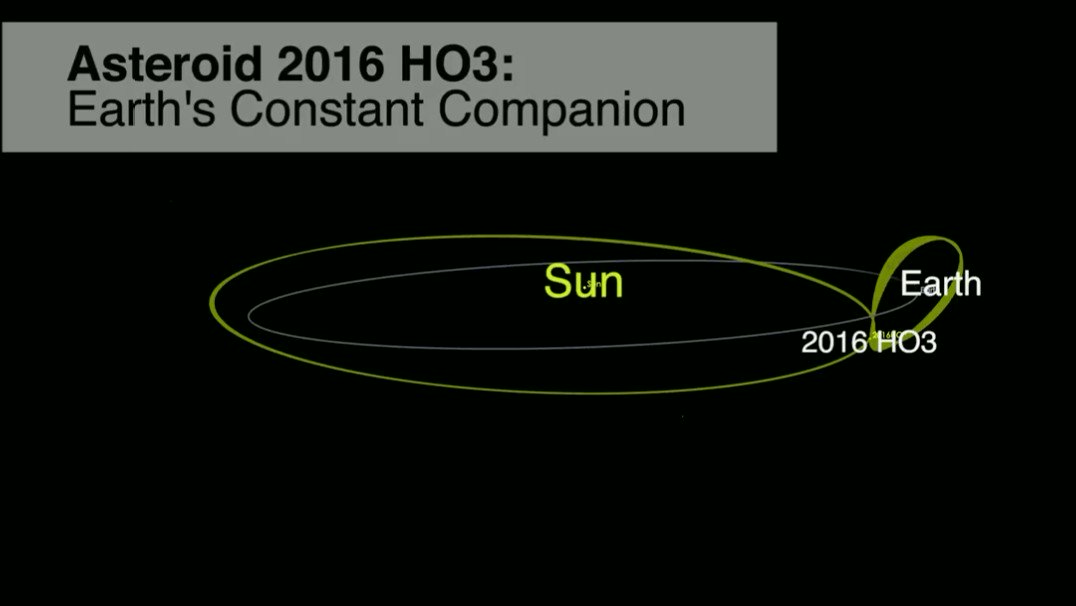 Most pieces are tiny, and many burn up in the atmosphere as meteorites. Related: Astronomers Call to Continue the Search for Extraterrestrial Life and Other ‘Earth-Like Worlds’
Kamo’oalewa, however, wandered off into its own path.
“We see thousands of craters on the moon, so some of this lunar ejecta has to be sticking around in space,” Sharkey said.
Although the moonlet will not endure where it is forever, there is no rush for stargazers to hunt it down with telescopes.
In the big picture of cosmic time, the moonlet has about 300 more years to wobble in its eccentric orbit before it simply spins off into parts unknown.