Source: Michael Austin
Internet sleuths are buzzing this week with a new theory regarding the alleged crimes of Ghislaine Maxwell.
Maxwell is currently on trial facing several charges related to her reported complicity in the many sex crimes committed by notorious financier Jeffrey Epstein, who is now dead.
These theories posit that Maxwell may have been involved in the disappearance of Madeleine McCann.
According to BBC News, McCann went missing from a holiday apartment in Praia de Luz, Portugal, on May 3, 2007, shortly before her fourth birthday.
Despite her case being one of the most heavily reported on at the time, her whereabouts continue to remain unknown.
The more recent internet theories have linked Maxwell to the disappearance because a sketch of one of the suspects in the case looks eerily similar to Maxwell.

Can we talk about how Ghislaine Maxwell looks similar to Madeline McCann’s female abductor sketch?? 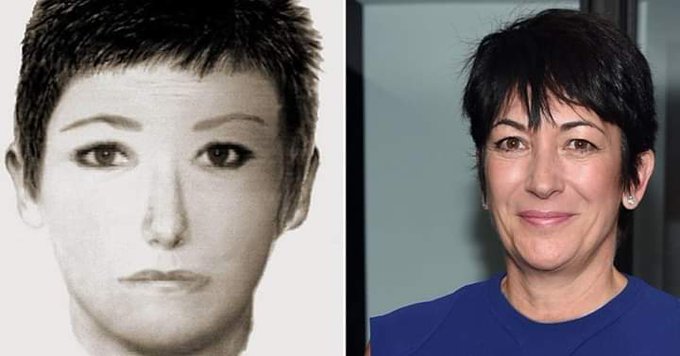 I want to share this because the McCann case has always intrigued me: Madeleine McCann was kidnapped from her hotel on May 3, 2007 at 3 years old.. The picture on the left was the forensic sketch someone from the hotel provided and the picture on the right is Ghislaine Maxwell

https://twitter.com/kendallrowanx/status/1280571816369688583?ref_src=twsrc%5Etfw%7Ctwcamp%5Etweetembed%7Ctwterm%5E1280571816369688583%7Ctwgr%5E%7Ctwcon%5Es1_&ref_url=https%3A%2F%2Fwww.westernjournal.com%2Ftwitter-users-freak-ghislaine-maxwell-matches-suspect-sketch-madeleine-mccann-disappearance%2F
Although at this point the Maxwell-McCann connection is a conspiracy theory at best, given the current crimes levied against her, it would be no surprise to learn she was connected to another missing-persons case involving a little girl.
During Maxwell’s trial on Wednesday, the first of her accusers — identified as “Jane” — gave graphic accounts of the abuse she allegedly suffered at the hands of both Epstein and Maxwell.
Jane was only 14 years old at the time the abuse started. Related: Stacey Abrams Insists She ‘Did Not Challenge the Outcome’ of 2018 GA Gov Race, Her Words Prove Otherwise
Also, according to Jane, Maxwell didn’t just groom her for abuse — she also participated in the abuse herself.
“I was abused pretty much every time that I would go over to his house, and it all started to seem the same after a while — whether it was just him or there were other women involved, or me and Jeffrey and Ghislaine, it all started to seem the same,” Jane testified.
“After a while, you just become numb to it.”
This wasn’t the only eerie connection linking Maxwell to an old missing-persons case this week.
A viral photo that reemerged on social media this week depicts someone who looks like Maxwell in a picture with JonBenét Ramsey, a child beauty queen who was found murdered in her Colorado home on Christmas Day 1996.

Is that Ghislaine Maxwell in the background- behind JonBenét Ramsey?

Even if these Maxwell connections turn out to be completely baseless, police have made progress in the McCann case.
German prosecutors have another suspect in the case and are apparently “100 per cent convinced” that the British toddler was murdered by convicted pedophile Christian Brueckner, according to The Independent.

Lead investigator Mr. Wolter told the outlet on Oct. 9, 2021, that “It is now possible that we could charge. We have that evidence now.”
“But it’s not just about charging him – we want to charge him with the best body of evidence possible,” Wolter said.
“When we still have questions, it would be nonsense to charge rather than wait for the answers that could strengthen our position.”