by WorldTribune Staff, April 21, 2022
A private team of “investigators, news editors, journalists and ‘truth seekers,’ has maintained and updated a detailed list of deaths, cardiac arrests and other serious issues among athletes following COVID-19 shots.
As of April 13, the group called Good Sciencing has recorded 620 athlete deaths and 937 athlete cardiac arrests and other serious health issues following the Covid shots.
The group maintains its anonymity for protection and is maintaining a “nonexhaustive and continuously growing list of mainly young athletes who had major medical issues in 2021/2022 after receiving one or more COVID vaccines” and note: 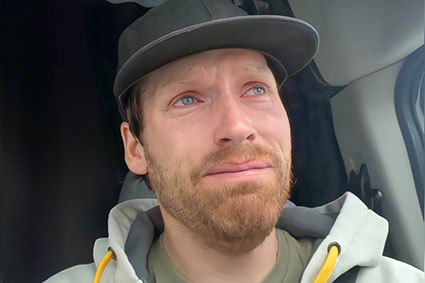 Professional mountain biker Kyle Warner developed pericarditis, postural orthostatic tachycardia syndrome or POTS and reactive arthritis following his second dose of Pfizer’s COVID-19 shot.
“It is definitely not normal for so many mainly young athletes to suffer from cardiac arrests or to die while playing their sport, but this year it is happening. Many of these heart issues and deaths come shortly after they got a COVID vaccine. While it is possible this can happen to people who did not get a COVID vaccine, the sheer numbers clearly point to the only obvious cause.
“… Initially, many of these were not reported. We know that many people were told not to tell anyone about their adverse reactions and the media was not reporting them. They started happening and ramping up after the first COVID vaccinations.
“The mainstream media still are not reporting most, but sports news cannot ignore the fact that soccer players and other stars collapse in the middle of a game due to a sudden cardiac arrest. Many of those die — more than 50%.
“We also note that many posts in Facebook, Instagram, Twitter, forums and news stories are being removed. So now we are receiving some messages saying there is no proof of the event or of vaccination status. That is partly because this information is being hidden.”

The unprecedented surge in cardiac arrest and other heart issues among elite athletes coincides with the rollout of Covid-19 vaccines, OAN’s Pearson Sharp reported.
“How many 23-year-old athletes were collapsing and suffering heart attacks before this year? Do you know any 23-year-old people who had heart attacks before now? And these are just the ones we know about. How many have gone unreported? Nearly 800 athletes — young, fit people in the prime of life — falling down on the field. In fact, 500% more soccer players in the EU are dropping dead from heart attacks than just one year ago,” Sharp noted.
“Coincidence? When the Pfizer vaccine is known to cause heart inflammation? No. In fact, many doctors treating these players list their injuries and deaths as being directly caused by the vaccine … This is not a coincidence,” Sharp added.
The Miami Open tennis tournament made headlines in early April after 15 players — all of whom had reportedly received Covid jabs — dropped out.

Among them were favorites Paula Badosa and Jannik Sinner. Badosa left the court in tears after becoming unwell, and Sinner’s opponent said he saw him “bend over” on the court, noting “it was very strange.” Even the fans were confused, with one stating, “What is going on?”
As of April 1, the Vaccine Adverse Event Reporting System (VAERS), which is where adverse events caused by COVID-19 jabs in the U.S. are supposed to be collected, lists 26,693 deaths along with 147,677 hospitalizations in association with the COVID-19 shot.
There were also 13,677 heart attacks reported and 38,024 cases of myocarditis (inflammation of the heart muscle) and pericarditis (inflammation of the tissue sac surrounding the heart). Past investigations have shown only between 1% and 10% of adverse reactions are ever reported to VAERS, which is a passive, voluntary reporting system, so the actual number could be much higher, critics point out.

Myocarditis and pericarditis cause symptoms such as chest pain, shortness of breath and a fluttering or pounding heart.
One athlete who filed a VAERS report about his own health injuries following the COVID-19 jab was mountain biker Kyle Warner. The 29-year-old was at the peak of his career as a professional mountain bike racer when, in June 2021, he got his second dose of the Pfizer vaccine. He said he had suffered a reaction so severe that, months later, he was still spending days in bed, easily overwhelmed by too much mental or physical exertion.
“I believe where there is risk, there needs to be choice,” he said. Instead, “people are being coerced into making a decision based on lack of information versus being convinced of a decision based on total information transparency.”

Warner developed pericarditis, postural orthostatic tachycardia syndrome or POTS and reactive arthritis following his second dose of Pfizer’s COVID-19 shot.
While YouTube, Instagram, Facebook and other social media platforms have become adept at censoring stories and videos of vaccine injuries and deaths, some have made it through to mainstream media, including:
• Florian Dagoury, a world record holder in static breath-hold freediving. After receiving his second dose of Pfizer’s COVID-19 injection, he experienced increased heart rate and a reduction in his breath-holding capacity. A cardiologist diagnosed him with myocarditis and pericarditis. As a result of the shots, Dagoury’s career may be over.
• Jeremy Chardy, a 34-year-old professional tennis player ranked 73rd in the world, suspended his season due to a severe adverse reaction to the COVID-19 shot, which left him unable to engage in intense activity.