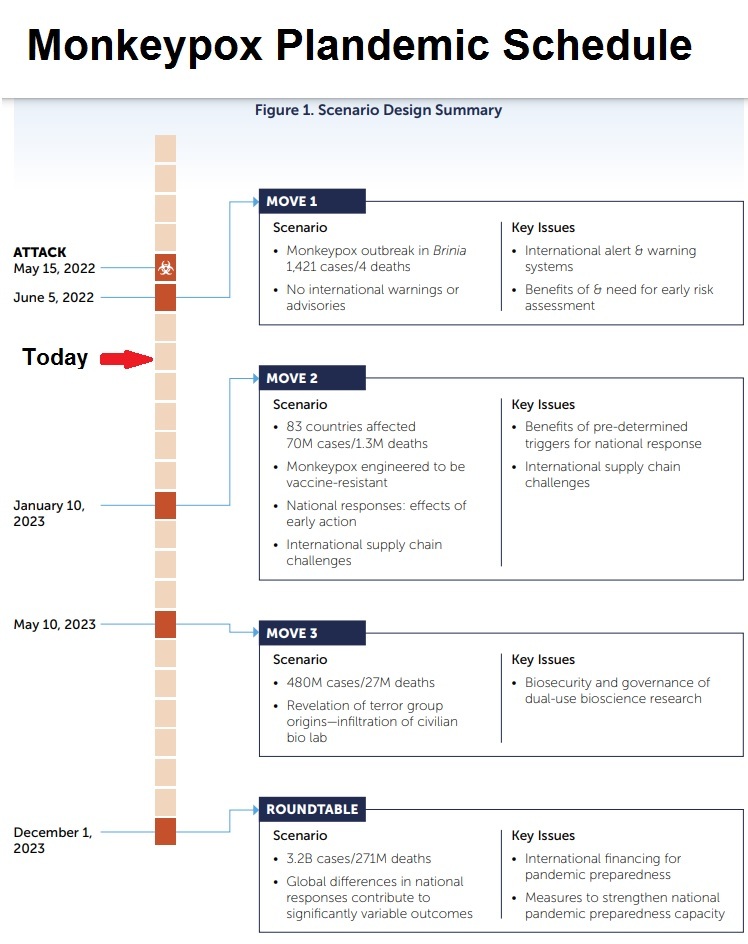 by Brian Shilhavy
Editor, Health Impact News
If there is one thing that the COVID-19 “Public Health Emergency” did with extreme efficiency, it was the fact that $TRILLIONS of emergency funds were redirected out of the U.S. Economy to Big Pharma, creating literally hundreds of new billionaires, and increasing the wealth of existing billionaires to record new highs in revenue. (See: Pandemic Creates New Billionaire Every 30 Hours.)
These billionaires and bankers knew full well that their ponzi-scheme economy based on debt could no longer be sustained, and so they created a worldwide “plandemic” which redefined upper respiratory diseases formerly named “influenza viruses” and used fear and massive testing where they could control the results, to implement a unified worldwide approach to bring in massive profits, before the financial system collapsed. See:


BOMBSHELL: Video Emerges Where Fauci and Others Planned for a “Universal mRNA Flu Vaccine” Which Became the “COVID-19 mRNA Vaccine” Because People were not Afraid Enough of the Flu Virus

By declaring a “Public Health Emergency” they could control health regulatory agencies such as the FDA and CDC to forego their normal approval processes, and rush to market novel new drugs and vaccines that would never have otherwise made it to market.
From a business standpoint, it was a brilliant plan, and it worked so effectively, that I do believe they now plan on perpetuating endless “Public Health Emergencies” so the bankers can create more money to send their way, at least until they can eliminate cash and implement their Central Bank Digital Currencies which has the goal of making every citizen of every country slaves to the medical dictators.
So it should come as no surprise that a “new pandemic” has now been granted “Public Health Emergency” in the U.S., even though the alleged “virus,” the monkeypox virus, has only infected a few thousand people, and is so far only spread among men having sex with other men.

“I want to make an announcement today that I will be declaring a public health emergency,” HHS Secretary Xavier Becerra said during a Thursday call with reporters.
“We’re prepared to take our response to the next level in addressing this virus.”
“We urge every American to kick monkey pox seriously and to take responsibility and help us tackle this virus,” he continued.
The declaration – an effort to ‘galvanize awareness and unlock additional flexibility and funding to fight the virus’ spread’ – would come from Health and Human Services Secretary Xavier Becerra, who is also considering a second declaration which would allow federal officials to ‘expedite medical countermeasures, such as potential treatments and vaccines, without going through full-fledged federal reviews.’ (Source.)

So here we go, again.
And like COVID-19 which was predicted and planned for months before the first cases were allegedly detected in Wuhan, China, by running pandemic simulations, so too monkeypox had a potential pandemic simulated in March of 2021 hosted by the Nuclear Threat Initiative with the Munich Security Conference to “conduct a tabletop exercise on reducing high-consequence biological threats.” (Source.)
They even published a schedule and timeline on just how this new “pandemic” was going to unfold, and so far we are right on schedule.
As you can see in the graph above, sourced from here, the announcement of the monkeypox outbreak happened in May and June of this year, just as predicted.
Now we are moving towards the next major “move,” which is scheduled for January of 2023. During this time, there will be a focus on increased testing, reaping profits for those who will be issued EUAs (emergency use authorizations) for monkeypox tests, so that cases can begin to “increase.”

“We are prepared to take our response to the next level in addressing this virus,” Becerra told reporters during the call.
Officials said the emergency will help broaden outreach to providers on the needs to test for the virus and to learn more about the outbreak.
The emergency can also help to expedite data-sharing between the federal government and localities, said Rochelle Walensky, M.D., director of the Centers for Disease Control and Prevention. She added the PHE could provide justification for more jurisdictions to sign agreements to share data with the agency.
The Centers for Medicare and Medicaid Services also has authorities to provide more data around testing and hospitalization.
Walensky added that the emergency can be used to help get more tests to providers, as well as more technical assistance and outreach.
Testing capacity has increased from 6,000 to 80,000 tests per week, said Robert Fenton, the newly appointed federal monkeypox coordinator.
“This virus is moving fast, and this is a unique outbreak,” he added. (Source.)

Do you see how closely they are following the script? Does this feel like a sequel to a huge box office hit movie, one which will probably create several new sequels?
So look carefully at “Move 2” in the chart above, to see what will come next leading to the next big move scheduled for January:
Monkeypox will be determined to be some kind of dangerous lab-created virus, “engineered to be vaccine-resistant,” and there will be “international supply chain challenges.”
The FDA already has monkeypox vaccines stockpiled, and with this declaration of monkeypox being a “Public Health Emergency” the U.S. Government is ordering more monkeypox vaccines which are already being distributed.

Becerra had declined last week to name a PHE when he announced more than 700,000 vaccines will be available in the coming weeks. He said on Thursday that now more than 600,000 doses have been delivered to state and local partners.
While doses continue to be sent out, the Food and Drug Administration (FDA) is exploring a way to expand the reach of the vials themselves.
The FDA is exploring “dose scaling” by stretching the number of doses contained in a vial from one to five. (Source.)

So the drug companies currently producing monkeypox vaccines, with perhaps more on the way soon, will reap a windfall of profits until sometime by the end of this year or at the beginning of next year, it will be announced that these vaccines are no longer effective, because the virus has been “engineered” to resist them.
This will, of course, open the door to even more novel new drugs and vaccines, including other emergency measures which could include quarantine camps.
This is a brilliant, albeit thoroughly evil, business plan for the pharmaceutical industry and their stockholders and bankers.
How can it be stopped?
YOU can stop it! Be informed. Do NOT give in to fear or their propaganda and lies.
Do NOT volunteer to test for monkeypox, because who knows what all they might put into these tests, not to mention that you will now be in a national registry as someone who took a monkeypox test.
The masses in the public FAR outnumber these medical tyrants, and the only way they can pull off this plandemic show in a sequel, is with massive public compliance.
Just say NO! to monkeypox or any other test rushed to market for a “Public Health Emergency.”
Prepare for the collapse of the financial system, and massive disruptions in the supply chain. They are actually telling us ahead of time that this is their plan, so you have no excuse to keep trusting the current system, and should be doing everything within your power to prepare for what is coming.
Comment on this article at HealthImpactNews.com.