OUT OF MIND » THE INSANITY OF REALITY » FINANCIAL COLLAPSE » DEAD MEN DON’T TALK: Who Is Killing The Crypto Millionaires?

DEAD MEN DON’T TALK: Who Is Killing The Crypto Millionaires?

…It is interesting to note that all three of these deaths have happened at a time when the cryptocurrency community is going through an unprecedented amount of turmoil. The collapse of FTX is threatening the legitimacy of the entire industry, and many that were once crypto millionaires on paper have had their fortunes completely wiped out”
Who Is Killing The Crypto Millionaires?

Are some of the cryptocurrency industry’s most important pioneers being targeted by someone?  We just learned that a 53-year-old cryptocurrency billionaire named Vyacheslav Taran has died, and he is the third big name to suddenly meet his maker in recent weeks.  So is this just one giant coincidence, or is there some common denominator that links all three of them?  There is so much that we don’t know right now, but it is interesting to note that all three of these deaths have happened at a time when the cryptocurrency community is going through an unprecedented amount of turmoil.  The collapse of FTX is threatening the legitimacy of the entire industry, and many that were once crypto millionaires on paper have had their fortunes completely wiped out. 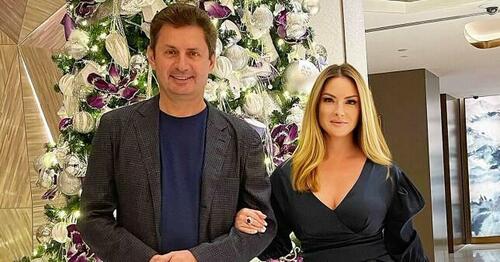 Vyacheslav Taran died when the helicopter that he was riding in suddenly slammed into a hillside.  He was the co-founder of a trading platform known as Libertex, and his involvement in the cryptocurrency industry had made him a very wealthy man.
Unfortunately for Taran, he won’t be able to spend any more of that wealth because his life is now over…

A Russian billionaire has become the third top cryptocurrency trader to die suddenly in recent weeks.
Vyacheslav Taran, 53, the co-founder of trading and investing platform Libertex, died after his helicopter mysteriously crashed in a resort town near Monaco.
The vehicle plummeted on November 25 afternoon, killing Mr Taran, who had lived in Monaco for a decade, as well as a veteran pilot.

As we have seen so many times over the years, riding in helicopters can be extremely dangerous.
And it is interesting to note that “another passenger allegedly cancelled last minute”…

The finance titan was flying with an experienced pilot, 35, from the city on the shores of Lake Geneva after another passenger allegedly cancelled last minute.
The single-engine light helicopter Eurocopter EC130 operated by Monacair collided with a hillside near Eze village at around 2pm, Monaco Life reported

Hopefully we will find out the identity of the “other passenger” that decided not to go at the last minute .
That may give us a clue about what really happened.
In the end, this may have just been a tragic accident, or Taran may have been targeted for a reason that does not involve cryptocurrency.
A lot of prominent Russians have been dying lately, and so this could just be another instance where wealthy Russians are being targeted.
We just don’t know.
But what we do know is that another co-founder of a prominent cryptocurrency company was suddenly found dead last week.
It is being reported that 30-year-old Tiantian Kullander died unexpectedly while he was sleeping…

Tiantian Kullander, co-founder of Hong Kong-based digital asset company Amber Group, died unexpectedly last week in his sleep. He was 30 years old.
The company confirmed the news in a statement, saying that Tiantian, also known as “TT,” had “passed away unexpectedly in his sleep on November 23, 2022.”

“Besides co-founding Amber and building it into a multi-billion fintech unicorn, TT sat on the Board of Fnatic (one of the world’s most successful e-sports organizations) and founded KeeperDAO (the first on-chain liquidity underwriter) before giving it back to its community,” the company’s statement continued. “TT was a devoted husband, a loving father and a fierce friend. His passing is a tragedy and our thoughts and prayers are with his family. He is survived by his wife and their beloved son. We kindly request that you respect their privacy during this difficult time.”

It is often said that two is a coincidence, but three is a trend.
Well, there is one more mysterious cryptocurrency industry death that I would like to discuss in this article.
On October 28th, 29-year-old Nikolai Mushegian was found dead on a Puerto Rico beach.
In this particular case, Mushegian actually predicted ahead of time that he would soon be killed…

A brilliant young cryptocurrency pioneer named Nikolai Mushegian tweeted on Oct. 28 that intelligence agencies were going to murder him — and was found dead on a Puerto Rico beach hours later.
“CIA and Mossad and pedo elite are running some kind of sex trafficking entrapment blackmail ring out of Puerto Rico and Caribbean islands,” Mushegian, a developer of blockchain-based decentralized finance platforms who wanted to end global banking corruption, tweeted at 4:57 a.m. “They are going to frame me with a laptop planted by my ex [girlfriend] who was a spy. They will torture me to death.”

Of course we can’t actually prove that shadowy forces killed him.
All we know is that just hours after his ominous tweet his body was found in the waves on Ashford Beach.  Interestingly, he still “had his wallet on him”…

The 29-year-old then left his $6 million beach house in the luxe Condado area of San Juan, Puerto Rico, for a walk. A little after 9 a.m., a surfer off Ashford Beach, a spot considered so rife with riptides that local hotels warn against ocean swimming, discovered Mushegian’s body in the waves. He was wearing his clothes and had his wallet on him, sources told The Post.

If some criminals jumped him on the beach, they would have certainly taken his wallet.
But that doesn’t necessarily mean that he was murdered.
He could have simply drowned after going for a swim, and there is also the possibility that he could have killed himself.
According to those that knew him, he had very serious mental health issues that he was dealing with, and it appears that he was also a heavy drug user…

A person who knew Mushegian very well for years until they had a falling-out two years ago said that the developer was “very very smart” but also suffered from extreme bouts of paranoia.
“He had mental problems,” said the source, who spoke on condition of anonymity. “He saw a psychiatrist at times. He smoked a lot of pot. A tremendous amount.”

Ultimately, we may never know if all three of these deaths are connected somehow.
But I find it very interesting that all three of these men were key pioneers in the industry.
And now they are all gone.
Life is so short, and for some it ends far sooner than they were anticipating.


Who Is Killing The Crypto Millionaires?

OUT OF MIND » THE INSANITY OF REALITY » FINANCIAL COLLAPSE » DEAD MEN DON’T TALK: Who Is Killing The Crypto Millionaires?