Posted on January 19, 2013 by The Extinction Protocol 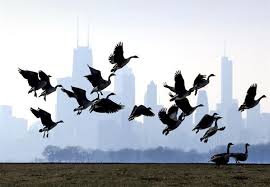 January 19, 2013 – CHICAGO, Il - Whether
you like it or not, we will officially break another record for no snow
today, according to the National Weather Service. “It’s pretty
incredible,” said NWS meteorologist Gino Izzi. “It’s the middle of
January and there’s no snow on the ground. Dallas, Texas has had more
snow than us.” Izzi said the last time we have gone this far into the season without a 1-inch calendar day of snowfall was Jan. 17, 1899.
If we get no snow today — and there is none in the forecast through the
weekend — it’s a record. Additionally, it’s been 326 days and counting
since we’ve had a 1-inch snow cover on the ground. That record was
officially broken nine days ago, according to Izzi. “If you think about
it, we’re just a little over a month away from basically going an entire
year without snow in Chicago,” Izzi said. Izzi attributes the lack of
snow, in part, to luck. “Some of it has just been luck but there have
been some pretty good storms that have missed us,” he said. While
snowfall is not in the stars for the area, very cold temperatures are.
“We’re watching a little system Sunday night that will bring a really,
really intense cold snap – the coldest we’ve been in nearly two years,”
Izzi said. Highs will “struggle” to reach the teens by Monday into
Tuesday. “We could have lows not very far from zero,” Izzi said. The
Illinois Tollway will launch its Zero Weather Road Patrols this weekend
to assist drivers stranded in their cars during times of extreme cold. –Chicago Tribune 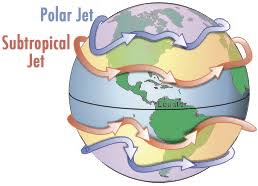 More extremes:
(Jan 18) It was a wild day for weather around much of the world today,
as snow hit the southeastern United States and Britain while record heat
baked Australia. In Virginia, 13 inches of snow hit some areas, while
in Mississippi two to four inches fell in places, reports the AP. At
least one car accident death was attributed to the weather, and
thousands lost power. Meanwhile in Britain, snow and ice closed one
Heathrow Airport runway for 45 minutes and caused 180 flights to be
canceled. Up to 12 inches of snow are expected in some areas around
London today, according to the AP. Down under, however, much of
Australia baked today. The temperature reached 114.4 degrees Fahrenheit
in Sydney, breaking the old record of 113.5 set in 1939, reports AFP.
Just west of the city in Penrith, the mercury climbed even higher to
nearly 116. What’s being called a “dome of heat” over the country’s
outback center is creating a heat wave over 70% of Australia. “The
length, extent, and severity of the current heat wave are unprecedented
in the measurement record,” said a government climate change report. –Newser

Re: Meteorologists confounded, as snow disappears from Chicago skies Mon Jan 21, 2013 10:42 am

Re: Meteorologists confounded, as snow disappears from Chicago skies Mon Jan 21, 2013 10:59 am

Posts : 3471
Join date : 2012-02-10
Age : 65
Location : Florida
NanneeRose- Global warming is a 'BIG' hoax by the GOV, in order to control the people's habits- There in no more of a global warming scenario than there is a blizzard in the Florida Keys- It's all nothing but bureaucratic bullshit, always was and always will be, 'til things change', that is- The so called 'Brilliant one' came up with that{ Clinton} along with others to tighten the reigns on what the people were supposedly 'Accused of doing',to hamper the weather and the so called greenhouse effect- which is HAARP- Through the cabal-They are the ones that control and direct weather, and such- The people basically have very little to do with this- We are liable for smog, in the big cities, by the use of automobiles, trucks, trains, and aircraft-The government is responsible for storms that destroy towns and cities, like the 'Hurricane Sandy Scenario- That storm never would have touched the east coast, if it wasn't for Gov. 'Haarp' Another reason to apply martial law, to get the government's agenda started, and direct people to FEMA camps-Just to start the 'thinning out of the people' process-But it will backfire ,BECAUSE, what they planned for us, is where THEY will be going- They didn't think of the turnaround end result, and the resistance they would be met with, did they?- They are the one's that will be hauled off- NOT us-It is coming, and faster than we think!!

Posts : 8262
Join date : 2012-10-03
Age : 53
Location : Australia
Wow I always thought it was real terbs so there you go another lesson learned, thanks terbs! These morons are putting in a hell of a lot of effort to control the people, what a bunch of wankers seriously, there are so many people out there ready to protest and cause problems for these idiots and yet they think they have the upper hand. The more the word gets out and people 'believe' it the less power they will have. Mind you in my tiny weeny little space of the planet you talk about this stuff and people think you're mad LOL! Bloody typical aussies too lazy to think outisde the box LOL!

Admin
Posts : 102894
Join date : 2012-01-04
Location : Woodstock Nation
Oh nannee... it is not just Aussies! It is global. The ability to put on the blinders belongs to all of humanity. But... little by little we will remove the blinders until everyone has a very clear view of what is. :)

Posts : 8262
Join date : 2012-10-03
Age : 53
Location : Australia
I know purps but we are renowned for our blazzay attitudes and lazy habits, it's the Aussie way apparently!! We're too busy drinking beer eating prawns and going to the beach (that's a crock by the way)! Hopefully we can chip away at this until the governements gets scared! How good would it be when voting time came around if no one voted at all, what would happen? :headscratching

But I know some of your folks and they are awesome! As are you.

I lived in Hawaii for 5 years many decades ago... and the one thing about living there was the isolation. Everything was in slow motion and laid back. I imagine Australia to be like that. Laid back... so maybe not lazy... just real relaxed. LOL

I can't wait to be able to see for myself and relax a little... after the heat breaks by you. Is it still hotter than blazes?

Posts : 8262
Join date : 2012-10-03
Age : 53
Location : Australia
Yes true that purps very laid back but in saying that there are some very hard workers too so in all fairness I should mention that too LOL!!

Have I mentioned how friggin HOT it is!!! LOL!

Admin
Posts : 102894
Join date : 2012-01-04
Location : Woodstock Nation
I was hoping the monsoons would cool it down for you. But if it is any consolation... though we have NO snow so far.. it will hit 20 below tonight with the wind chill factor. I am not sure which is worse... but we are all seeing the effects of the HAARP and such that is directing these extremes. I think it is called distraction or diversion or something like that. You know... to take our attention off of what is really happening. Well they can try all they want... we see
Kind of like closing the barn door after the horse has escaped. HA!

Re: Meteorologists confounded, as snow disappears from Chicago skies Tue Jan 22, 2013 1:11 am

Posts : 8262
Join date : 2012-10-03
Age : 53
Location : Australia
Oh No 20 below holy shit!!! I would not be leaving the house and would have the fire stoked as high as it would go!! Yes I defs agree they are up to no good and using the friggin weather against us because we ALL talk about the weather!! Perfect cover! Bastards!