OUT OF MIND » PERCEPTUAL AWARENESS ~ WELCOME TO WOOVILLE » THE SHIFT IN CONSCIOUSNESS » Momentous Change is On Our Doorstep; The Galactic Upgrade

Momentous Change is On Our Doorstep; The Galactic Upgrade


Momentous Change is On Our Doorstep; The Galactic Upgrade

From
all over—the Internet, our “sources” on-planet and off—the messages
have changed. A shift has occurred. We have turned a corner.

COBRA told us the victory of the Light is near. Ben Fulford and Poof told us the power is shifting.

Monarchs are stepping down. The Vatican has been exposed for much of
its treachery. Firings and resignations abound. Arrests are too numerous
to report and continue to mount.

Old cycles are closing and one of key significance marked by the
Vernal Equinox is upon us today, March 20th. Lord Metatron told Carolyn
Evers and Dr. Presser and those listening to our conference call last
night that the winter solstice was not the turning point we had been led
to believe; that the three month period between December 21st and March
21st was a “preparation period”.

We have been preparing, and are about to end another very
powerful cycle—even more so than the Winter Solstice. Metatron said he
was going out on a limb and not to take his words lightly. He
acknowledged that we had seen many dates and promises come and go that
didn’t live up to our expectations, but the time is nigh for the reality
of the promises to come to fruition; otherwise his reputation would be
in tatters.

For some time we were given information from the spiritual hierarchy
meant to foil the dark—and it worked. The Illuminati were so confused as
to what was going to happen to us, to Gaia, and them, they didn’t know
what to do. They made serious mistakes—mistakes that tipped off many
more of Humanity that things are not as they seem and that we were
deceived in many ways, about many things. We woke up a little faster to
the tyranny. 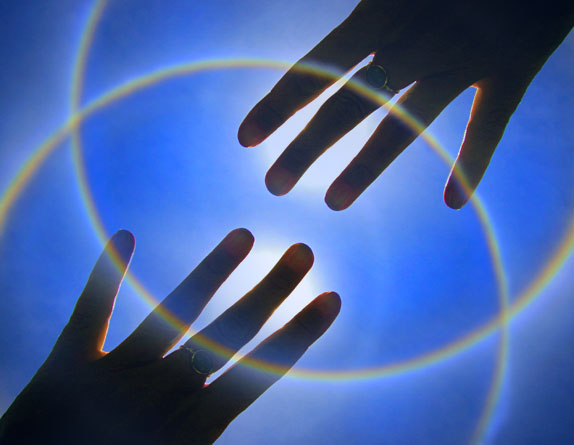 Our
vibrant awareness licked at our bretheren souls like the hungry flames
of a brush fire and ignited the consciousness of myriad sentient beings
to the Truth of our existence. That nudge was enough to spark their need
to question what is, why, and what can be. It spread very quickly, and
we’re not quite there yet at that crucial tipping point, but it’s so
very near.

Astrologically speaking, March was foretold to be a very active
month; one of power struggles, surprises, excitement and breakthroughs.
So far that has been true, and we’re just getting warmed up. The
snowball is gathering momentum and nothing can stop it.

The Galactics too are chomping at the bit. They are weary of these
games; the dreary waiting game. They long to see the results of their
years of effort to protect us and see us freed from the evil clutches of
the dark after eons of treachery and meet them on common ground.

Metatron told us to consciously visualize everyTHING and everyONE in
our lives bathed in a beautiful golden light. A scintillating ball of
golden light is advancing on our planet and enveloping everything in and
on it. We are being swallowed by this breathtaking, transformational
energy from the great Central Sun. 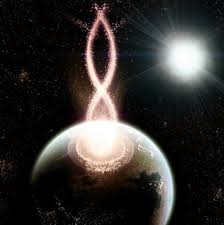 The
heavens have been rearranged to serve this purpose and usher in our
Golden Age; our return to Love; our return journey Home. Time is
collapsing and our new reality is about to hatch us like baby chicks
breaking through the shell of the only world they ever knew, into a
bright new one complete with the love and nurturing of their mother. We
will begin to see everything differently. A whole new existence is just
steps away now.

We, the awakened ones, did a good job but there’s no time to rest on
our laurels. We need to continue to spread the Love and Light to as many
as possible in whatever way feels right to us. For some, that will
involve simply BEing who they are.

Whatever that means for you, do it in Love. We will soon know what it
means to Be ONE and it’s going to be like nothing we could ever have
imagined. Our galactic upgrade is well under way and we are soon to reach the next stop on the assembly line. I wonder how many strands of DNA I have NOW…

OUT OF MIND » PERCEPTUAL AWARENESS ~ WELCOME TO WOOVILLE » THE SHIFT IN CONSCIOUSNESS » Momentous Change is On Our Doorstep; The Galactic Upgrade