Dr. Moulden quit his medical career in 2007, giving up a $500,000/year salary after realizing vaccines “produced the most profound damage to humankind by humankind in the history of humanity.”  He died, and was likely murdered, in 2013. 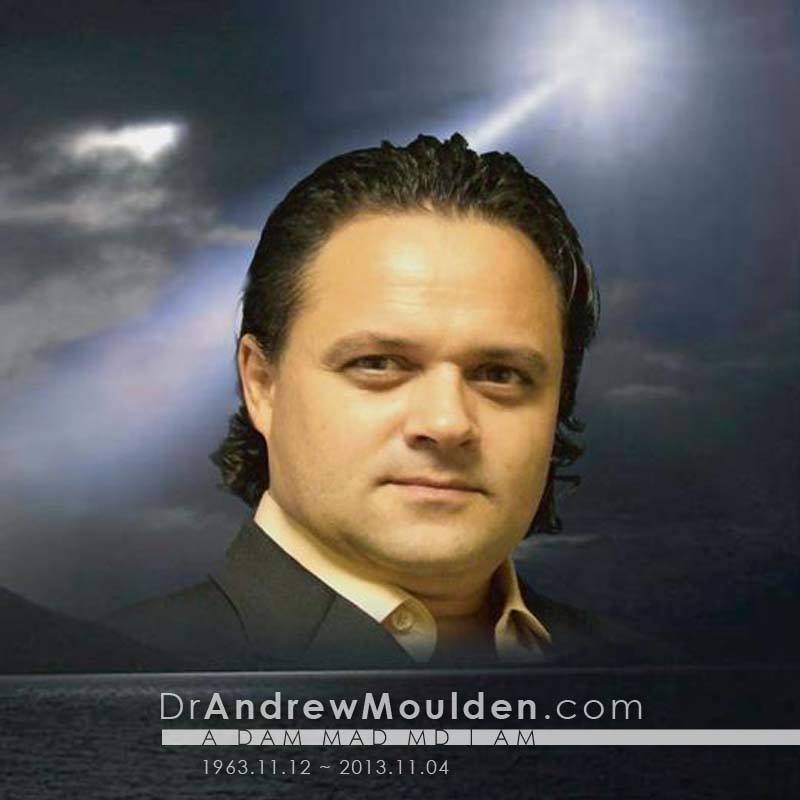 Canadian physician Dr. Andrew Moulden provided clear scientific evidence to prove that every dose of vaccine given to a child or an adult produces harm. The truth that he uncovered was rejected by the conventional medical system and the pharmaceutical industry. Nevertheless, his warning and his message to America remains as a solid legacy of the man who stood up against big pharma and their program to vaccinate every person on the Earth.
Dr Moulden died unexpectedly in November of 2013 at age 49.
Because of the strong opposition from big pharma concerning Dr. Moulden’s research, I became concerned that the name of this brilliant researcher and his life’s work had nearly been deleted from the internet. His reputation was being disparaged, and his message of warning and hope was being distorted and buried without a tombstone.
I prepared a series of articles as a tribute to a great physician and as a memorial to a courageous individual who was not afraid to speak the truth about medical corruption and a flawed healthcare system that does more to harm health than it does to cure disease.
This is the first in a series of four articles about Dr. Moulden — the man, the physician, and the powerful advocate for ending all vaccine use. In future articles, I will summarize his detailed scientific evidence, which shows how vaccine damage occurs. I will explain the common mechanisms behind vaccine damage and how vaccines harm the health of everyone who receives them regardless of whether or not they notice any adverse reactions at the time they take the shots.
Dr. Moulden stated:

What we have done to each other [with vaccines] has produced the most profound damage to humankind by humankind in the history of humanity. And the reason why we got here is partly because of:

Was Dr. Moulden a crackpot as some sources claim, or was he a brilliant physician and researcher? This series of articles will set the record straight, and summarize the contribution that his work has made to medical knowledge.
When I evaluate the credibility of people who are unknown to me, I begin by seeking answers to a few basic questions. For example: Is this person offering opinion, or can he or she back up the claims with valid science? Does he have educational credentials? Are there other physicians and scientists who support his or her beliefs and recommendations? Is this person controlled by the pharmaceutical industry, allopathic medical associations, or the US FDA (US Food and Drug Administration)? And finally, what do Quackwatch and their friends have to say about the person?
Dr. Moulden had a PhD in Clinical Psychology and Neuropsychology. He had a master’s degree in child development, and was also a medical doctor. [2] His work was respected by other researchers who don’t march to the drumbeat of the pharmaceutical companies. Dr. Moulden was a threat to the pharmaceutical industry, and their Quackwatch family of 21 related websites treated him as an enemy. [3, 4]

Resigning from Medical Practice to Testify on Vaccine Safety 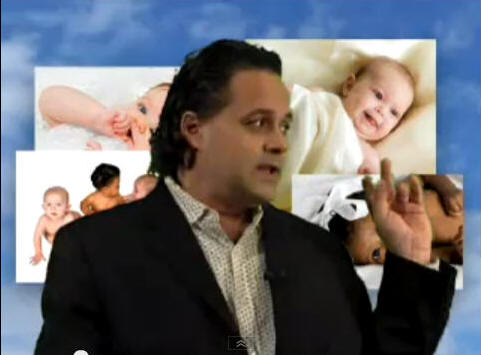 Dr. Moulden resigned from his medical practice in 2007 to travel throughout North America delivering the message that every dose of any and all vaccine types causes harm to those who receive it. He stated:

As many know, I officially quit my medical career in 2007. I did this in order to travel around North America to do research into vaccine safety and to present my research on vaccine safety across Canada and the United States. I only spoke the truth. I was not well received. [5]

During those years, he showed that many cases of Shaken Baby Syndrome were actually vaccine-related damage. His testimony freed many parents from false accusations that they had abused their infants.

In 2010 Dr. Moulden disappeared from public view. He stated:

In 2010-11 I returned to my PhD training to complete a full year accredited Clinical Neuropsychology internship at the Baycrest Center for Geriatric Care in Toronto. During this time I also taught a University course on Health Medicine at York University in Toronto. I stopped talking about my research and vaccines. The Public Health Department advocated that I NOT be allowed to return to clinical medicine as they were incensed by the message (truth) of my lectures and teaching prior to ‘disappearing.’ The only way I was allowed to return to organized medicine to work with medical patients was if I signed a contract drawn up by the public health department which states: 1) I am mentally ill and therefore my research and teachings on vaccine safety were delusional. 2) I am not allowed, whatsoever, to speak or present my research or views on vaccine safety, in public, at all, as a condition of being allowed to return to clinical medicine, receiving a medical license, and for maintaining that license. [6]

Even before Dr. Moulden retreated from public view, a group of professional character assassins went to work to destroy his reputation in any way possible. They published lies and deceptions on the internet and did everything possible to bring him down. After he retreated, his websites were hacked and access to his teachings was largely destroyed. Yes, there were even death threats. 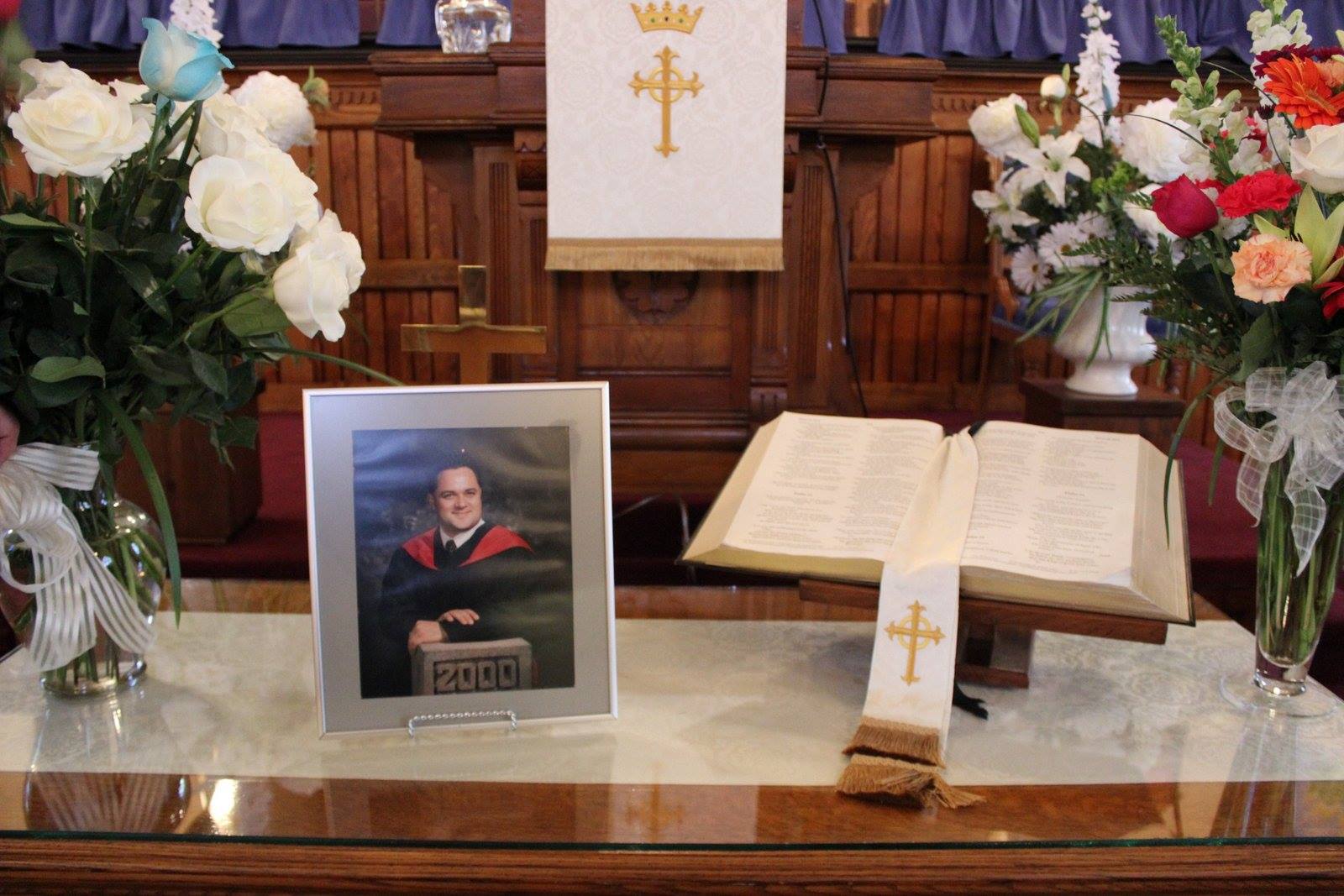 The death of Andrew Moulden is shrouded in mystery. Some sources say he had a heart attack and others say he committed suicide.
A colleague of Dr. Moulden who wishes to remain anonymous reported to Health Impact News that he/she had contact with him two weeks before he died in 2013. Dr. Moulden told our source and a small number of trusted colleagues in October of 2013 that he was about to break his silence and would be releasing new information that would be a major challenge to the vaccine business of big pharma. He was ready to come back. Even though he had been silent, he had never stopped his research.
Then, two weeks later, Dr. Moulden suddenly died.
Dr. Moulden was about to release a body of research and treatments, which could have destroyed the vaccine model of disease management, destroyed a major source of funding for the pharmaceutical industry, and at the same time seriously damaged the foundation of the germ theory of disease.

Death Threats Against Vaccine Critics are not Unusual

In another case of vaccine damage cover-up, Dr. Garth Nicolson received death threats. He was part of a research team that became aware of biological warfare testing that was done on prisoners in Texas. The biological warfare agents later showed up in vaccines that were given to US service personnel during the Persian Gulf Wars. The result was thousands of cases of Gulf War Syndrome and vaccine-related deaths.
Professor Emeritus Garth L. Nicolson, PhD, is the President, Chief Scientific Officer and Research Professor of Molecular Pathology at the Institute for Molecular Medicine in Huntington Beach, California, and has taught in medical schools in the US and Australia. He is one of the most often cited scientists in America today.
Dr. Nicolson explained what happened to him when he and others learned about the Texas prison experiments and the vaccine damage that occurred among US troops in the Gulf War. He stated:

We were actually forced to leave Texas. I was an endowed full professor and department chair at the University of Texas and I literally had to leave Texas because it became too dangerous. Several of my colleagues died. My boss was shot in the back of the head in his office, because he was going to blow the whistle on the prison testing experiments. So, it became very dangerous. [7]

The powers who wish to suppress the work of Dr. Moulden have done a very good job of erasing most all of the information that was once available on the internet. Before it all disappears, I would like to take the time to summarize some of his teachings.
In this article, and in those that follow, I will condense the key points from the 6 hour video series called “Tolerance Lost.” At the moment, this is still available on YouTube.com. The information was given in three videos, which are presented on YouTube in 51 segments.
If you want to hear Dr. Moulden explain his findings, then I highly recommend spending the time watching his videos. The images of vascular and brain physiology are very instructive as are the numerous photos of children, Gulf War veterans, and other adults who display visible signs of vaccine damage.
Listen to Dr. Moulden in his own words give evidence to the mechanisms that cause vaccine damage in “Tolerance Lost.” See the evidence of vaccine damage in the faces of children.