How To Become A Crystal Being 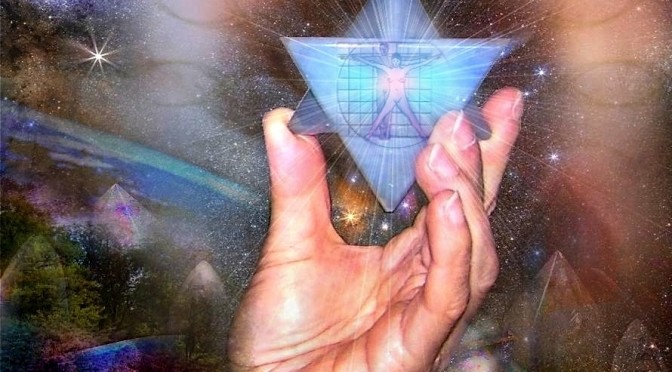 I am going to start this off by giving some background to where I observed this connection, I feel that this information was given to me by my higher self. I want to make that a clear connection.
This was revealed to me by a dream I had where a tall white being directed and oversaw everything that was occurring in my dream. I was sitting observing an empty desert in the middle of the day, it’s invisible hands lowered this large obsidian pyramid I own; where it began to float and slightly spin in the middle of the desert. 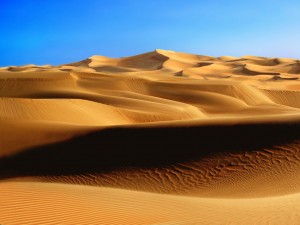 The obsidian is volcanic glass, a great reflection stone because it is polished to the point where you can perfectly see yourself in it. Obsidian is used for psychic protection, also to cleanse negative or energy blockages that are not serving you.
This pyramid that I own (and that was used in the dream) is in the exact dimensions of the central pyramid in Giza, Egypt. Again, in my dream in the middle of this desert the tall white light being lowered this pyramid and it started to gently spin. Then it lowered two smaller pyramids made of what looked like white sand beside it and they began to spin as well.

For some reason, I had the urge to reach out and touch the sand pyramids. As I reached for them they started to crumble and as they began to crumble from the top-down. I was telepathically told by the white being to take a handful and eat this sand. As I grabbed the top and put this white sand in my mouth it satiated every impulse in my body. Simultaneously the two pyramids beside the large obsidian pyramid became as hard as the volcanic glass pyramid. The white light being then whispered in my ear to wake up and remember the word Diatomaceous Earth. 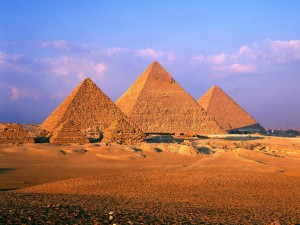 I am here to relay what I saw and felt from this dream and the message of the benevolent being of light. I will start with lining up all the coordinating information to paint a portrait of how we are indeed crystal beings.
“Crystals grow deep within the Earth’s crust, usually around volcanic and earthquake activity. The process requires immense heat and pressure and always a ‘seed’ crystal is needed to start it off. This seed is created when a single silicon atom, under intense heat pressure, fuses with two oxygen atoms from superheated water or steam trapped in the same space. The atoms fuse to form a single crystalline cell of silicon dioxide, the substance from which all quartz crystal is made.” [1] 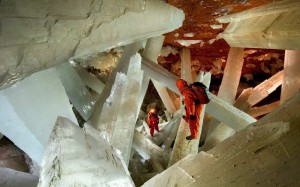 Quartz is one of the most abundant minerals. About 12% of the mass of the Earth’s crust is made of quartz.The human body is surprisingly constructed with these similar components as the Earth with oxygen, water and silicon being major building blocks of the body.
“Silicon molecules in the tissues, such as the nails and connective tissue, give them strength and stability. Silicon is present in bone, blood vessels, cartilage, and tendons, helping to make them strong. Silicon is important to bone formation, as it is found in active areas of calcification. It is also found in plant fibers and is probably an important part of their structure. This mineral is able to form long molecules, much the same as is carbon, and gives these complex configurations some durability and strength. It represents about 0.05 percent of our body weight.” [2]
Silica a variant form of Silicon also helps the body detoxify dangerous heavy metals such as aluminum. “Even PubMed acknowledges silicic acid as an antidote for aluminum poisoning and silica as a detox agent for heavy metals. Both brain tissue calcification and aluminum toxicity are linked to Alzheimer’s disease.” [3]
Speaking of silicon’s significance in not only the human body and the earth’s composition, ever heard of Silicon valley? This area is named after the abundance of the world’s most viable electronic facilitator Silicon. Silicon is “semiconductor lies somewhere between a conductor and an insulator. Conductors, like copper and other metals, make it difficult to control an electric signal. Insulators, like glass and rubber, block electric signals. Semiconductors, and silicon in particular, can do a little of both.”

“ Silicon is not the only semiconductor; carbon and germanium also have similar properties. Carbon, in its diamond form, is too brittle to use in chips. Germanium chips were used early in the computer era; the element is still sometimes used in chips today. Silicon, however, can remain a semiconductor at much higher temperatures than germanium. This becomes important when chips are deployed in computers near other electronic elements that retain heat.” [4]
All of these actions make me think of the capabilities of the human brain; as the brain cells serve as a conduit for electrical impulses to connect circuitry, also the storage and retrieval of memory which silicon chips are known to do. 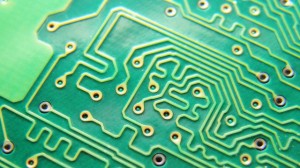 The next parallel are Mitchell-Hedges Crystal Skulls, these skulls are made entirely of quartz and mirror the same capacities of the human brain. “ If a thin slice of crystal is cut parallel to it’s electronic axis and subjected to an alternating current, the crystal can be made to vibrate. The dimensions of the cut crystal are such that it will vibrate most strongly at a.c. frequency that corresponds most closely to it’s natural frequency. “ [5]
This mirroring the electronic axillary biological function of the brain cells or neuronal axons. This is then how they explain crystals having vibratory communication with human beings as well. “Frank Dorland uses the term ‘bio-crystal feedback’ to describe the possibility of similar types of feedback between a natural quartz crystal and the human mind.” 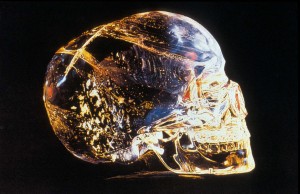 “The crystal cells transmit these radio-like waves through the nervous system to the cortex cells in the brain. There they are unscrambled and composed into meaningful signals which may be recognizable as pictures, words or perhaps just a sense of knowing in the conscious mind.” [6]
The brain isn’t the only area that is similar to the silicon in quartz crystals or could possibly communicate with crystal, silicon also makes up the cellular membrane as well. This would perhaps be a theory into how cellular memory actually scientifically works since the main proponents of a cell (specifically the membrane)  are water and silicon particles. 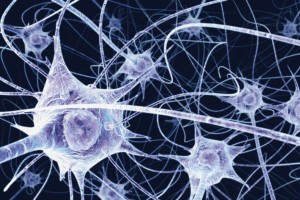 “The body, with it’s complex electrical and chemical network of nerves and high moisture content, is [not only] the power source [and transmitter but also] a sensitive antenna system capable of receiving signals from an uncountable variety of sources.” [7] We have also seen this type of scientific proof that elements can hold memory in Mr. Masaru Emoto’s work. Perhaps I will research further into this theory of how cellular memory works in another article. 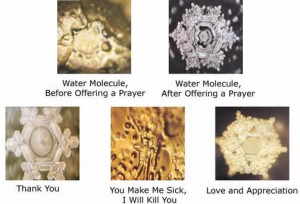 Going back to my dream interpretation and the synchronicities. Silica or Silicon is one of the strongest yet most flexible elements. My yoga instructor always explained how all of the structures that last the longest are strong yet soft. It is the building block of bamboo, which can bend with the wind but maintain their integrity under greatest amounts of stress due to their flexibility.
Architecture whether ancient or modern uphold these same principles. This held true for when I awoke from my dream I immediately searched what the main building components were for the pyramids in Egypt and sure enough the synchronicity was there.
“They found that the tiniest structures within the inner and outer casing stones were indeed consistent with a reconstituted limestone. The cement binding the limestone aggregate was either silicon dioxide (the building block of quartz) or a calcium and magnesium-rich silicate mineral. The stones also had a high water content — unusual for the normally dry, natural limestone found on the Giza plateau — and the cementing phases, in both the inner and outer casing stones, were amorphous, in other words, their atoms were not arranged in a regular and periodic array. Sedimentary rocks such as limestone are seldom, if ever, amorphous.” [8] 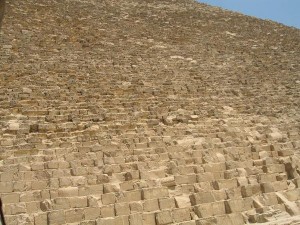 What I had found was that scientist had found that the pyramids in Giza were built out of a form of limestone call Diatomaceous Earth. There it was! The finale building block, (see what I did there) this light being was telling me to consume Diatomaceous Earth because it has the highest Silica or Silicon content out of any other ingestible material.
“Food grade diatomaceous earth offers important benefits, particularly related to the fact that it is composed of approximately 85% amorphous silica. In the past, humans were able to consume enough silica in food, but as modern hybrid foods and toxic soil became a reality, studies suggest that only about 1/3 of the silica that we need is present in our fruits and vegetables.” [9] 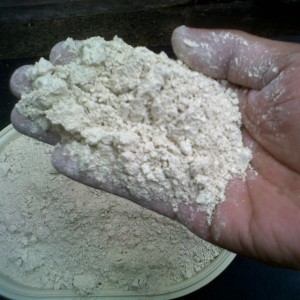 While the body absorbs essential minerals like silica, magnesium, calcium and iron; diatomaceous earth also removes heavy metals, parasites, bacteria, viruses, fungus like candida and unused cholesterol. They have tiny honey comb structures mirroring the metratron like structure of quartz that sweeps through and grabs foreign entities in the body. No other clay on earth does this when ingested.
Although there is one warning: There are chemically infused diatomaceous earth companies that use this for cleansing swimming pools that are fatal upon human consumption. If you do wish to start consuming diatomaceous earth, please make sure it is an organic food grade level made specifically for human consumption. Take one heaping teaspoon of human grade diatomaceous earth in the morning or at night. 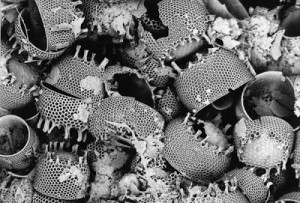 This a direct message from my higher self to inform all of the sentient beings on the planet to ingest mother Gaia’s make-up to then become physically structured with the same molecular components of quartz crystal. That way each of our cells and entire biological structure can function at it’s optimum level as they once did in the days of antiquity when silica was in abundance in our natural nutrition. Enliven your crystal body, we are made with the same materials as quartz. 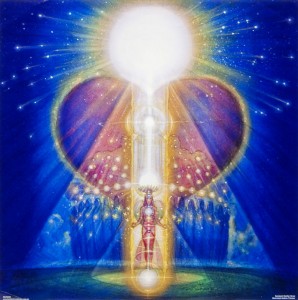 Hi everyone, my name is Jocelyn Daher and I am a team member and writer for Spirit Science. I have been a herbal healing alchemist ever since I was old enough to pretend I was the Dr. Quinn Medicine woman equivalent. I am into studying astrological charts as well as how astrology relates to current events. I was a chiropractic assistant for two years, within that time I received my yoga teacher certification, which now I use as a bookmark but I acquired some neat information on how to direct and play with energy in my body. I see every person as an extension of my family. My passion is reminding humanity how to love, in hopes to ignite the memory that you are in fact a walking embodiment of universal perfection! Did you resonate with this article? If so check out my website at www.jocelyndaher.com <3 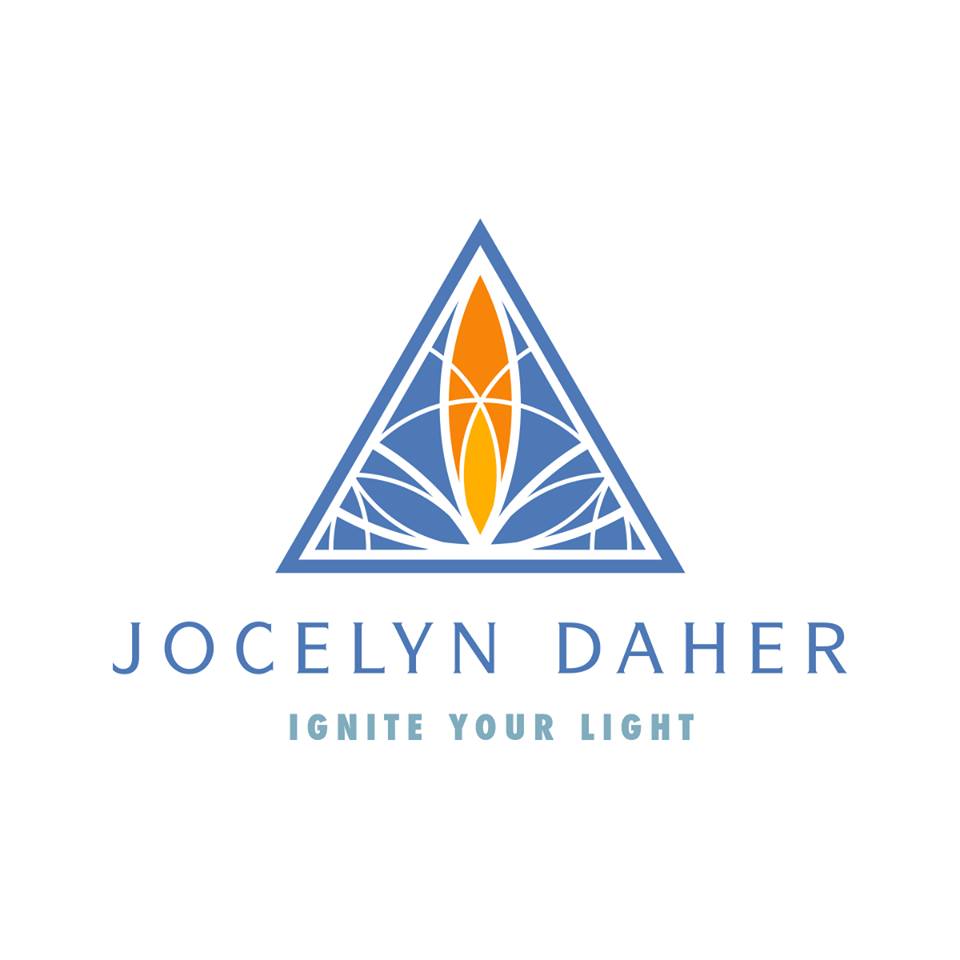