OUT OF MIND » THE INSANITY OF REALITY » GOVERNMENTS & THE NEW WORLD ORDER » American Psycho: Has the United States lost its collective mind?

American Psycho: Has the United States lost its collective mind?

American Psycho: Has the United States lost its collective mind?

You know..... there isn't really all that much I feel the need to add to this article.  It kinda says it all, doesn't it?

Well, except for the fact that vaccines make just as much money in the US, but make  even more money, because the Vaccine epidemic is a globally spread propaganda campaign.


ps: watch out for Zombies.


American Psycho: Has the United States lost its collective mind? 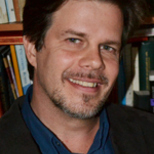 Robert Bridge is an American writer and journalist based in Moscow, Russia. His articles have been featured in many publications, including Russia in Global Affairs, Drudge Report, Russia Insider and Infowars.com. Bridge is the author of the book, “Midnight in the American Empire”, which was released in 2013.
Published time: 15 Oct, 2015 14:26
Get short URL

© Lucas Jackson / Reuters
5110
From Ferguson, Missouri to the deserts of Afghanistan the specter of US aggression is fueling the flames of civil strife and military conflict around an increasingly volatile planet. Much of the problem may be connected to the breakdown of the American psyche.
Before attempting to shed some light on America’s mental condition, let’s open with a pop quiz question: What is the top-selling prescription drug in the US? Nope, it’s not Viagra, not Prozac, forget the Percocet. If you don't know, take a peek in the medicine cabinet because there’s a high chance it’s lurking in there, right behind that purple people eater. Yes, you got it. The top-selling drug in the Land of the Free and Disturbed is an antipsychotic, happily named Abilify.
Once again: The top-selling drug in America is an antipsychotic. Now some might say that’s mental.

“To be a top seller, a drug has to be expensive and also widely used,” Steven Reidbord M.D. wrote in Psychology Today. “Abilify is both. It’s the 14th most prescribed brand-name medication, and it retails for about $30 a pill. Annual sales are over $7 billion, nearly a billion more than the next runner-up.”
Let those numbers seep into your brain for a moment: $7.2 billion dollars. $30 per pill. Although that might make for some laugh-out-loud late-night comedy, these numbers are no laughing matter.
This on top of the latest statistic that shows prescription drug spending in the US exploded in 2014 to nearly $374 billion, a whopping 13.1 percent increase in growth, according to a new report from IMS Institute for Healthcare Informatics.
Aside from the fact that Americans are buying antipsychotic medication by the truckload, there’s another disturbing thing about Abilify: Nobody, not even the Food and Drug Administration (FDA), has any idea what makes it effective. According to the USPI label that accompanies each bottle: “The mechanism of action of aripiprazole... is unknown. However, the efficacy of aripiprazole could be mediated through a combination of partial agonist activity at D2 and 5-HT1A receptors and… etc, etc.”

In other words, millions of Americans are ingesting an antipsychotic drug that not even the scientific community can say exactly what makes it work. Is that not in itself the very definition of insanity?
So where is the uproar, the protest, the media hype over this battle for the great American brain? Behind the wall of silence, there have been a few courageous experts who have broken rank with their colleagues - not to mention the omnipotent pharmaceutical industry - to blow the whistle on the abuse of psychiatric drugs in America.

Joanna Moncrieff, an academic and practicing psychiatrist, is a long-standing critic of psychiatric drug treatment. Her 2009 book, The Myth of the Chemical Cure, was short-listed for the 'Mind Book of the Year.' In it, Moncrieff “exposes the traditional view that psychiatric drugs correct chemical imbalances as a dangerous fraud.”
According to Moncrieff’s landmark study, psychiatric drugs 'work' by “creating abnormal brain states, which are often unpleasant and impair normal intellectual and emotional functions along with other harmful consequences.”
As Jay Michaelson noted in The Daily Beast, administering such a powerful drug like Abilify “makes sense for their primary use: anti-psychotics like aripiprazole are administered to seriously ill people like schizophrenics. Abilify is a close cousin of Thorazine. Yet, now it’s the most profitable drug in America.”

Indeed, the health risks associated with taking an antipsychotic drug like Abilify can make the cure look worse than the mental disease itself. In fact, the list of possible side-effects associated with America’s top-selling prescription drug makes for some uncomfortable reading.
Here is a description of one of the 13 serious side-effects connected to this “blockbuster” drug: “Uncontrollable movements of face, tongue, or other parts of body, as these may be signs of a serious condition called tardive dyskinesia (TD). TD may not go away, even if you stop taking ABILIFY. TD may also start after you stop taking ABILIFY.”
And here’s another potential for a Dr. Jekyll-type transformation into Mr. Hyde: “High fever, stiff muscles, confusion, sweating, changes in pulse, heart rate and blood pressure may be signs of a condition called neuroleptic malignant syndrome (NMS), a rare and serious condition that can lead to death.”
And they charge $30 dollars per pill for this? 'Yes, the disease has been cured, Mrs. Smith, but too bad Mr. Smith is no longer with us!'

I was cynically waiting for Psychology Today to come out cheerleading for this exorbitant and potentially deadly antipsychotic drug, but instead Dr. Reidbord came down surprisingly hard not just on the drug, but on our national quest to find calm in a sea of prescription pills, as well as those relentless commercial forces that drive this warped behavior.
“What does it mean to live in the Age of Abilify,” Reidbord asked. “First, that we’re still looking for happiness and peace in a bottle of pills, costs and risks be damned. Second, that there’s nearly no end to the money the U.S. health care system will spend on problems that can be addressed more economically. And third, it’s a stark reminder that commercial interests seek to expand sales and profits whenever possible.”
Ever since the introduction in the 1950s of the world’s first antipsychotic drug, Thorazine, and later with the antidepressant, Prozac, as well as hundreds of other generic knockoffs, the drug industry has been busy supplying the overstressed American consumer with the ‘magic bullet’ to cure whatever ails them.

The US pharmaceutical industry enjoys a rare privilege, not to mention advantage over the average, angst-riddled American consumer: With the exception of New Zealand, it is the only country that allows prescription medication ads to be aired on television 24/7.
Julie Ross of Forcechange.com organized a petition drive to ban prescription drug commercials, and her reason makes clear-headed sense: “Drug companies spend $4 billion a year advertising... In addition to making pill popping seem like a normal necessity, prescription drug ads usually feature newer medications that have not had long term studies performed on them.
"All too often, a drug is recalled years after it is introduced because it’s caused side effects ranging from hair loss to death.”
According to the Centers for Disease Controls, every day in America, 44 people die from overdose of prescription painkillers. The CDC blames the overdose surge on a “dramatic increase in the acceptance and use of prescription opioids for the treatment of chronic, non-cancer pain, such as back pain or osteoarthritis (The most common drugs involved in prescription overdose deaths include: Hydrocodone (e.g., Vicodin), Oxycodone (e.g., OxyContin), Oxymorphone (e.g., Opana) and Methadone (especially when prescribed for pain).
In 2013, nearly two million Americans abused prescription painkillers. Each day, almost 7,000 people are treated in emergency rooms for abusing the medication. Has the unbearable weight of the capitalist, dog-eat-dog system gone to America's head, or is something else at play?

*Viewer discretion advised: Video contains mild profanity.
People who take painkillers can become addicted with just one prescription, according to the CDC website. And once addicted, start packing your bags for the nearest detox center because getting unhooked can takes months, maybe years, maybe never.
Although many prescription medications have worked miracles for millions of people, the “conundrum,” as Robert Whitaker, the author of “Anatomy of an Epidemic,” calls it, is that mental illness in American society is not showing any sign of going away. In fact, it is “skyrocketing.”
“We should expect that the number of disabled mentally ill in the United States, on a per-capita basis, would have declined over the past fifty years… Instead, as the psychopharmacology revolution has unfolded, the number of disabled mentally ill in the United States has skyrocketed.”
Most disturbing for Whitaker is that this “modern-day plague” of mental illness has “now spread to the nation’s children.”
Despite a nationwide call for doctors to stop prescribing antipsychotic drugs for everything from schizophrenia to simple insomnia to [url=adhd: http://www.webmd.com/add-adhd/childhood-adhd/news/20040802/antipsychotic-drug-use-rising-among-adhd-kids]attention deficit hyperactivity disorder [/url][ADHD] in children, Americans just continue with their doctor-supported drug binge.
At some point, one soberminded individual may be tempted to ask: Is turning the American populace – courtesy of the multi-billion-dollar pharmaceutical industry - into walking, talking chemical zombies, the very thing that the Pentagon is now preparing to battle?
This is no joke or conspiracy theory: As CNN reported, the US Defense Department has devised a coordinated plan “should a zombie apocalypse befall the country.”
“In an unclassified document titled “CONOP 8888,” officials from U.S. Strategic Command used the specter of a planet-wide attack by the walking dead as a training template for how to plan for real-life, large-scale operations, emergencies and catastrophes.”
Next week, Part II: American zombies gone berserk

OUT OF MIND » THE INSANITY OF REALITY » GOVERNMENTS & THE NEW WORLD ORDER » American Psycho: Has the United States lost its collective mind?