Study: 4 Herbs That Influence Both Mood And Memory

Study: 4 Herbs That Influence Both Mood And Memory 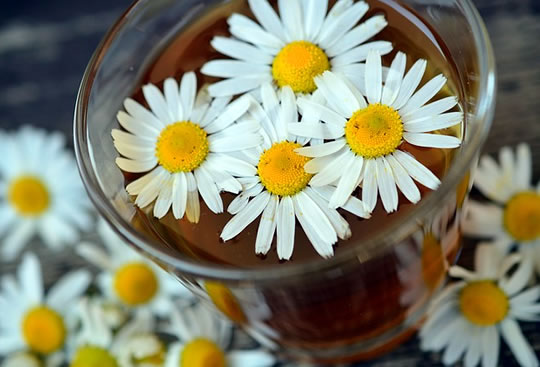 Research finds the herbs that can improve mood, memory and induce calmness.
Chamomile, peppermint, rosemary and lavender can all affect mood and memory, new research finds.

Peppermint tea can improve alertness while chamomile does indeed provide a calming effect.
Smelling rosemary, meanwhile, improved the memories of people over 65 by an average of 15%.
Lavender, though, impaired their memory.
The conclusions come from a series of studies which compared memory and thinking skills before and after exposure to various  herbs.
Dr Mark Moss, one of the study’s authors, said:

“Peppermint has a reputation for being psychologically or mentally alerting.
It picks you up and makes you feel a little bit brighter, so we endeavoured to test this out by giving people peppermint tea, or chamomile tea, which is a more calming drink and then put them through some computerised tests.
We found that those people who had drunk the peppermint tea had better long-term memory.
They were able to remember more words and pictures that they had seen.

“In contrast, the people who had the chamomile were slower in responding to tasks.
Rosemary meanwhile has a reputation about being associated with memory – even Shakespeare said ‘rosemary is for remembrance’ – and it’s also associated with being invigorating.
We have found that people are more alert after being in a room that has rosemary aroma in it.
We tested prospective memory – our ability to remember to remember to do something – on people over 65 years of age, to see if we could improve their ability and we found that rosemary could do that.
This is potentially very important because prospective memory, for example, enables you to remember to take your medication at certain times of the day.

The findings were presented at the annual British Psychological Society Conference in Nottingham (26-28 April 2016).