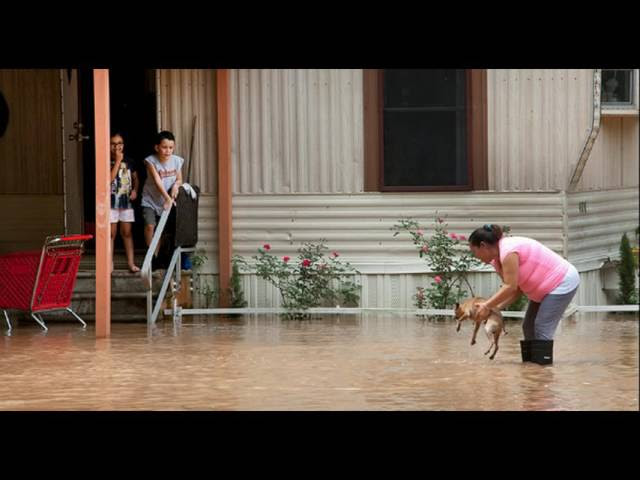 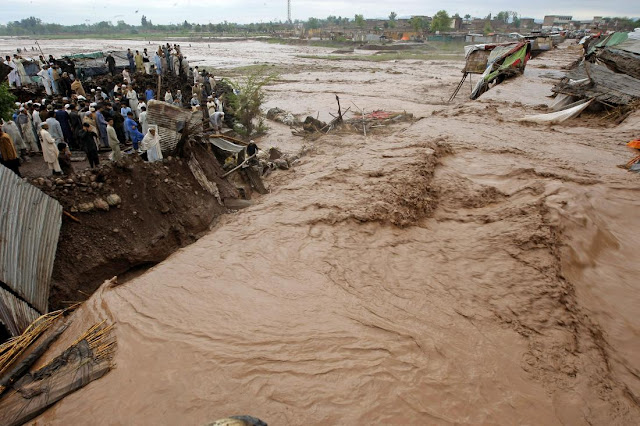 Photo time.com
At least 30 people, including women and children, died and scores of others wounded on Wednesday when heavy rainfall and thunderstorm hit upper parts of Pakistan, Geo News reported.
In Islamabad 11 people died and 69 were injured a torrential rains lashed the city, rescue services said.
At twin city Rawalpindi 19 people died and 122 were injured, rescue services said.
According to police, a mother and two of her little daughters died when roof of their house caved in at Sector F-7. Two people were also killed in Bhara Kahu area due to incidents relating to the harsh weather.
Five people were injured in a wall collapse incident in Islamabad's adjacent city Rawalpindi.
40 injured were taken to Polyclinic and 10 to PIMS hospital, rescue officials told Geo News. Power supply to several areas in Islamabad was cut off. Affected areas include I-8, I-9, Korangi Town, and Shehzad Town.
"The IESCO operation was affected due to the rains and thunderstorm," an IESCO spokesperson said. A fire broke out at a vegetable market when power cables fell on them due to thunderstorm.
Fire brigade however reached the scene and launched efforts to extinguish the blaze in Islamabad. According to aviation sources, flight operation was also suspended at the Benazir International Airport due to the storm in the federal capital.
In addition, Metro bus service was also halted in Islamabad after strong winds broke windows of metro stations.
The Inspector General (IG) Islamabad Police said police have been alerted in the wake of heavy rains and thunderstorm.


Four times more than the average rainfall for the whole month of June falls in one morning in the Brisbane area.

San Diego has the first American heat wave of the year as the mercury tops 102F, (around 40C) breaking the old June record of 99F

Half of a years rainfall in one day shatters Texas record: 2 dead with more missing after torrential thunderstorms caused more floods

Four times more than the average rainfall for the whole month of June falls in one morning in the Brisbane area.

Earthwindmap...Click on image to enlarge
Flooding has inundated cars and affected more than 30 roads, including the Bruce Highway, in Queensland's south-east as an extreme weather system intensifies and moves south through the state. The Bruce Highway has since reopened but many roads remain closed across Brisbane, the Gold Coast and the Sunshine Coast.
The Bureau of Meteorology (BoM) said a dangerous trough had "largely cleared" the Brisbane region by midday and moved to the Gold Coast, where it had the potential to dump heavy rain until around 3:00pm.
BoM said 267 millimetres of rain had fallen at upper Springbrook and Mount Tamborine in the Gold Coast hinterland since Friday morning which is four times above the average rainfall for the whole month of June.
The State Emergency Service (SES) has been swamped with more than 750 calls for help from across the south east, mainly with minor flood damage and leaky roofs.
The downpours quickly inundated dozens of roads in Brisbane this morning, including some in the CBD and West End, and cars were submerged at Toombul on the city's north side.
A man and a woman died in a crash between a mini-van and truck on the Warrego Highway near Ipswich as the downpours made roads slippery and dangerous.
A woman was rescued from the roof of her car last night after it was swept off the Capricorn Highway as the dangerous weather system moved over central and southern Queensland.
Truck drivers and local farmers managed to retrieve the driver, 21, after her utility was caught in flash flooding near Pine Hill Creek at Alpha, in the state's central west.
The woman was swept away just before 10:00pm on Friday, and had to be treated for shock and exposure when she was rescued about an hour later.
The weather bureau said the central and southern interior and the central and south-east coasts were the first areas to be affected by the extreme system on Friday.
The system dumped more heavy falls as it tracked south, hitting Hervey Bay and then the Sunshine Coast on Saturday morning, where up to 170mm fell in the hinterland.
Queensland Fire and Emergency Services deputy commissioner Mark Roche said swiftwater rescue crews had been called to many flooded vehicles in car parks and on roadways, but in most cases people had made it safely out of their cars.
"Some people are still at this moment driving through floodwaters and we are saying don't do that," he said.
"Have a plan B if you see water over the roadway."
BoM senior forecaster Michael Paeche said winds gusts could reach up to 90 kilometres an hour on the Gold Coast and on "higher ground" around the Scenic Rim and the southern border ranges.
"On top of all that with those gale force winds pushing on shore, we've got a king tide for the south east coast tonight, around about nine o'clock," he said.
"We are expecting some beach erosion and inundation with that high tide so just another hazard that we need to be aware of."
Mr Paeche said both the Gold and Sunshine Coasts "were in the firing line" for the king tide but the Gold Coast was expected to be most affected.
"The winds last a bit longer there as the trough moves further south so that's an area of particular concern," he said.
"Because we have quite a decent north-easterly swell that's going to be lasting for a day or two following this system, those impacts on the beach can last into Sunday on both the Sunshine and Gold Coasts."
The BoM said the surface trough causing the extreme conditions delivered 75 millimetres of rain to Emerald yesterday while up to 68 millimetres fell in Clermont and Dysart.
It said the system intensified as it moved further east across the Capricornia last night with Yeppoon receiving around 80 millimetres just after midnight.
A number of centres from Bundaberg to Rockhampton had received more than 100mm of rain. "Mount Watalgan halfway between Bundaberg and Gladstone actually picked up 93 millimetres in one hour," Mr Paeche said.