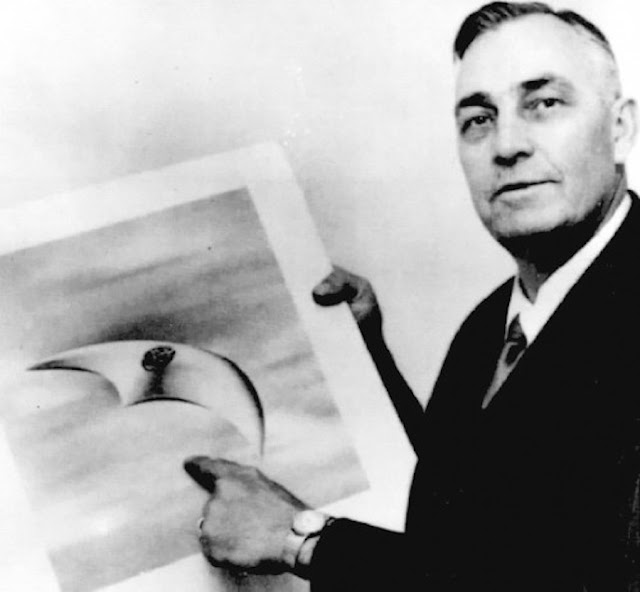 The following story of what I observed over the Cascade mountains, as impossible as it may seem, is positively true. I never asked nor wanted any notoriety for just accidentally being in the right spot at the right time to observe what I did. I reported something that I know any pilot would have reported. I don’t think that in any way my observation was due to sensitivity of eyesight or judgment other than what is considered normal for any pilot. On Tuesday, June 24th, 1947, I had finished my work for the Central Air Service at Chehalis, Washington, and at about two o’clock I took off from Chehalis, Washington airport with the intention of going to Yakima, Washington. My trip was delayed for an hour to search for a large Marine transport that supposedly went down near or around the southwest side of Mt. Rainier in the state of Washington. (This airplane has been discovered at the time of this writing - July 29, 1947.) I flew directly toward Mt. Rainier after reaching an altitude of about 9,500 feet, which is the approximate elevation of the high plateau from which Mt. Rainier rises. I had made one sweep of this high plateau to the westward, searching all of the various ridges for this Marine ship and flew to the west down and near the ridge side of the canyon where Ashford, Washington, is located. Unable to see anything that looked like the lost ship, I made a 360 degree turn to the right and above the little city of Mineral, starting again toward Mt. Rainier. I climbed back up to an altitude of approximately 9,200 feet. The air was so smooth that day that it was a real pleasure flying and, as most pilots do when the air is smooth and they are flying at a higher altitude, I trimmed out my airplane in the direction of Yakima, Washington, which was almost directly east of my position, and simply sat in my plane observing the sky and terrain. 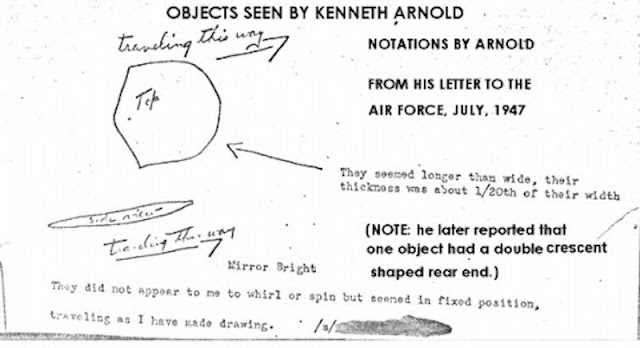 There was a DC-4 to the left and to the rear of me approximately fifteen miles distant and, I should judge, at 14,000 feet elevation. The sky and air were as clear as crystal. I had not flown more than two or three minutes on my course when a bright flash reflected on my airplane. It startled me as I thought I was too close to some other aircraft. I looked every place in the sky and couldn’t find where the reflection had come from until I looked to the left and the north of Mt. Rainier where I observed a chain of nine peculiar-looking aircraft flying from north to south at approximately 9,500 feet elevation and going, seemingly, in a definite direction of about 170 degrees north to south. They were approaching Mt. Rainier very rapidly, and I merely assumed they were jet planes. Anyhow, I discovered that this was where the reflection had come from, as two or three of them every few seconds would dip or change their course slightly, just enough for the sun to strike them at an angle that reflected brightly in my eyes. These objects being quite far away, I was unable for a few seconds to make out their shape or their formation. Very shortly they approached Mt. Rainier, and I observed their outline against the snow quite plainly. I thought it was very peculiar that I couldn’t find their tails, but assumed they were some new type of jet. I was determined to clock their speed. I had two definite points - Mt. Rainier and Mt. Adams - to clock them by, and the air was so clear that it was very easy to see the objects and determine their approximate shape and size as far as fifty miles. I remember distinctly that my sweep-second hand on my eight-day clock, which is located on my instrument panel, read one minute to 3 P.M. as the first object of this formation passed the southern edge of Mt. Rainier. I watched these objects with great interest as I had never before observed airplanes flying so close to the mountain tops, flying directly south to southeast down the hog’s back of a mountain range. 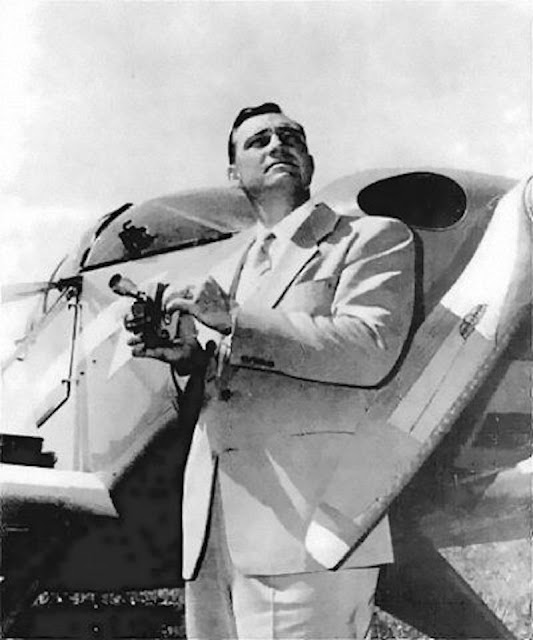