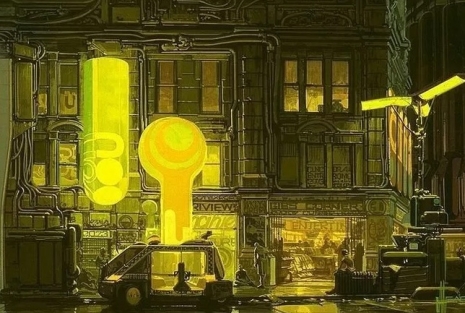 A depiction of Los Angeles in 2019 by Syd Mead for ‘Blade Runner.’

Artist Syd Mead is probably best known for his work for the 1982 film Blade Runner, though his vast contributions to cinema can be seen in other groundbreaking works such as Aliens (1986), TRON (1982), and 2013’s Elysium which was directed by Neill Blomkamp. Blomkamp had a life-long obsession with Mead and his artwork which was what led him to engage the services of the then 80-year-old artist to design the sets for his futuristic film.
Mead’s background in industrial design is clear and present in his paintings. During the 1970s his artistic services were highly sought-after and widely respected within the companies and industries he spent time working for such as Ford and Phillips Electronics, illustrating catalogs and other types of publications. Mead also worked closely with elite members of the architectural design world including large hotel chains and other high-end establishments. His relentlessly busy schedule led him to move his base of operations to Los Angeles where he quickly found himself working as an artist for the motion picture industry in the late 70s. Though Blade Runner would not be the first Hollywood film that Mead would lend his visionary talent to, it can’t be disputed that his work on the film left an indelible imprint on the minds of filmmakers and cinephiles around the world, who adopted Mead’s grungy vision of what the year 2019 looked like, and other aspects of Blade Runner’s‘s essence in their work, like the hardwired goths from The Matrix, Paul Verhoeven’s Total Recall and Luc Besson’s The Fifth Element. 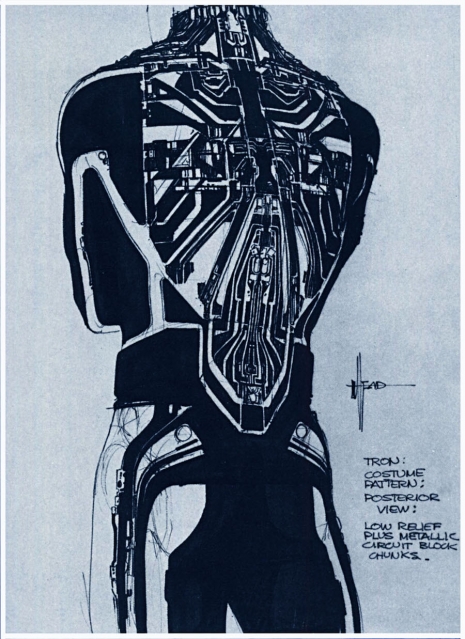 A sketch of a uniform from ‘TRON’ by Syd Mead.

After meeting with director Ridley Scott to discuss the film (which at the time was going by the working title of Dangerous Days) Mead recalls that Scott told him that his intention was to create the framework for a noir film around its science fiction premise. To help drive his point home Scott used Michael Anderson’s 1972 film Logan’s Run as an example of the “slick and clean” presentation of more conventional cinematic sci-fi, opting instead for more of a bad-side-of-town feeling, pulsating in neon lights and depravity. Ridley Scott quite literally gave Syd Mead the job of creating 2019 Los Angeles for Blade Runner using his own conceptual ideas. During the process, Mead incorporated elements and influences from his travels around the world. Some of the vehicles in the film are based on autos from Cuba or the colorful “jitneys” (also known as “Jeepneys”) that serve as public transportation all around the Philippines. Architecturally, the future city of Los Angeles was based on a combination of Chicago and New York, and Mead’s work in Blade Runner continues to not only inspire filmmakers but also architects and a style that the artist [url=http://www.curbed.com/2015/7/23/9937790/syd-mead-city-architecture-blade-runner-design-future
]referred to[/url] as “retro deco,” or “trash chic.”
Though I’ve only really scratched the surface when it comes to Syd Mead, I’m hoping it was more than enough to pique your interest in the impossibly cool artist. If that’s the case there are many publications based on Mead’s life and his long line of accomplishments. Perhaps the most lust-worthy is the forthcoming The Movie Art of Syd Mead: Visual Futurist which is set for release in September. The 256-page book is the largest and most comprehensive take on Mead’s career yet, including some never-before-seen works.
Mead is very much a living legend who deserves every bit of praise his fans give him and more. Another conceptual work by Mead for ‘TRON.’ The “Armadillo Truck” from ‘Blade Runner.’ 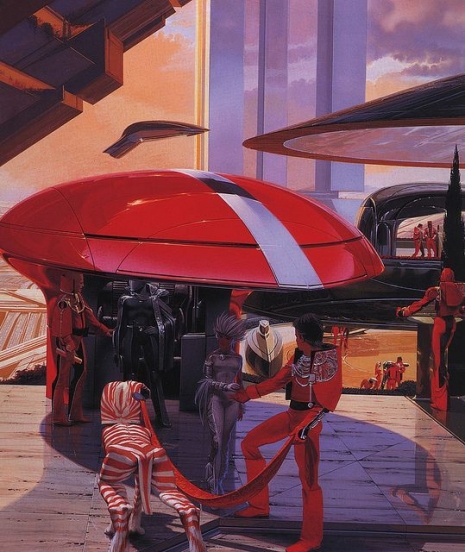 A depiction of Los Angeles in the year 2019 for ‘Blade Runner.’ 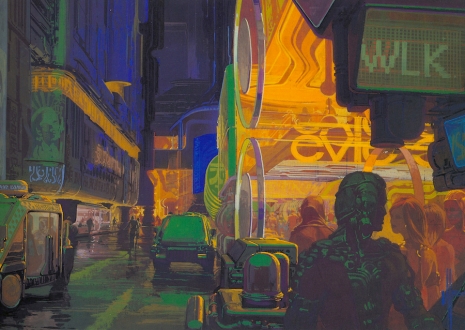 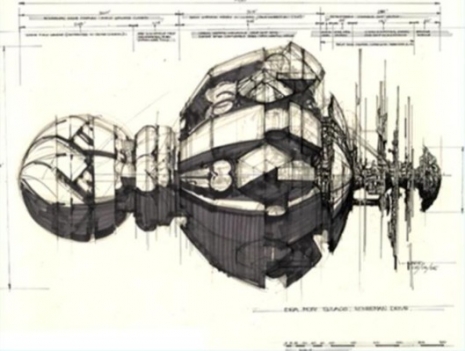 A conceptual sketch for ‘Aliens.’ 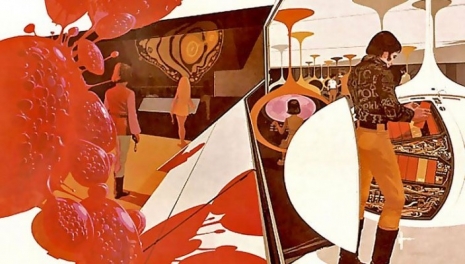 An illustration by Mead that appeared in Automobile Quarterly, Volume eighteen, No.1, 1975. 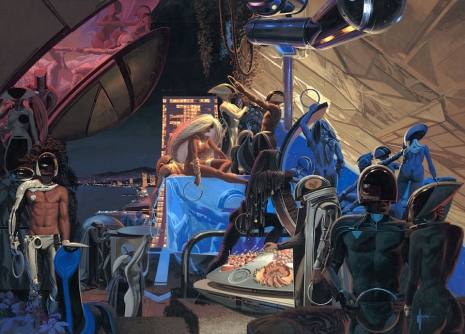 » Blade Runner's gritty cyberpunk future is now
» Aliens Genetically Created Us: Overwhelming Evidence – Universe Inside You
» World's first human-monkey hybrid created
» We look at your planet now and we see the world of peace that you have created. – Michael
» Creating Individual or Small Group Rituals: A Step by Step Guide