The International Tribunal of Crimes of Church and State (ITCCS)
http://itccs.org/ 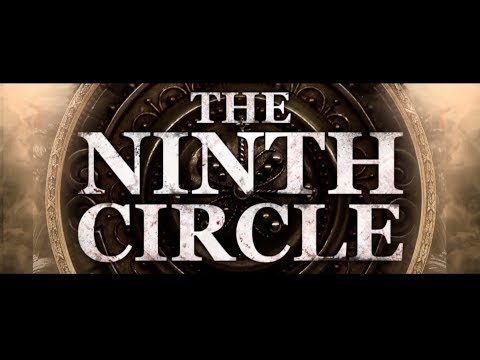 Topic: An Update on the Ninth Circle actions and our Direct Action Protocol

A. Update on events arising from the April 30 preventive actions against the Ninth Circle ritual killings:

In the fortnight since our Direct Action Units disrupted these killings and helped to detain nineteen cult members and free eight children slated for sacrifice, the Ninth Circle through its Vatican, judicial and government allies have counter attacked quickly to contain and undermine our breakthrough.

Several of the police officers who assisted our action units and who have been identified by their superiors have been transferred or suspended. In the Netherlands, two such police officers were suspended after the royal palace requested their disciplining.

No charges have been brought against the nineteen cult members that were arrested and all of them have been released, in most cases without being questioned or even finger printed. But our action teams have the names and photos of these cult members, and some of their testimonies.

Our sources indicate that an unofficial media blackout has been imposed by the governments of France, Holland, Belgium and Switzerland over the entire issue, which forbids any politician or police officer to acknowledge or comment on the actions against the Ninth Circle or the cult itself.

Similarly, the apparent back channel messenger from a faction in the Vatican who requested a meeting with our Directorate has gone silent. Either he was shut down or the Vatican is imposing a general blackout now on the entire issue as part of its damage control.


In Switzerland, France and Holland, where we successfully stopped the cult rituals, police officials are now being politically pressured to conduct a “witch hunt” in their departments to locate and discipline the officers who assisted us. This pressure is being brought to bear through domestic politicians funded by the Catholic Church, like France’s Francois Fillon, and those who are personally associated with the Ninth Circle themselves, like Belgium’s former Prime Minister Elio Di Rupo.

In France, the Papal Nuncio, Cardinal Luigi Ventura, is directly involved in leading this witch hunt purging of the police. Cardinal Ventura himself is personally tied to Ninth Circle crimes in Canada through his cover up of Indian residential school murders and Satanic-related child trafficking in Cornwall, Ontario. This occurred after he was appointed Papal Nuncio to Canada in 2001 by convicted criminal and Ninth Circle leader Pope Benedict, Joseph Ratzinger.

As part of this counter attack, a broad public disinformation campaign has been launched by the Vatican’s “Holy Alliance” espionage service to discredit and misrepresent our actions while searching for the identity of our action unit members and those who assist them.

The Alliance’s standard method of exposing and then eliminating our action unit members involves pressuring ITCCS workers to divulge their identities and disclose other confidential information by bringing a contrived “public pressure” to bear demanding “proof” of the truth of the ITCCS reports. Concerned internet and media investigators thereby become the unwitting tools of the Vatican death squads, by pressuring ITCCS to disclose evidence prematurely.

People do not seem to understand the nature of our enemy. But they must understand our nature: we are a front line army of action, not a rear echelon debating society worried about our public image.

In response to these counter attacks, ITCCS and its direct action units are imposing a new and more strict control over the flow of information in our hands. We are limiting access to our evidence to accredited individuals and groups under our supervision, rather than to the general public. Such a restriction is needed to guarantee the safety and effectiveness of our action units, and the lives of the innocent.

The Directorate has summarized this new approach in the following statement:

B. Governing Protocol on Direct Actions

1. The purpose of the ITCCS Direct Action Unit (DAU) is twofold: to rescue the lives of children and to arrest and prosecute any person or group that harms or threatens to harm them, as well as those who aid or abet such crimes.

2. The DAU is operated under the authority of a local Commander who is directly responsible to the ITCCS Central Directorate.

3. The DAU is self-reliant and operates as an independent force but seeks assistance from trained and credible local police officers in its actions.

4. Besides detaining suspects and freeing children, the DAU shall record and gather all evidence required to prosecute suspects and shall never surrender such evidence to any other agency or individual. This evidence shall be kept in the possession of the Unit Commander as an independent record of events until surrendered by him to the ITCCS internal archives.

5. DAU members shall never disclose the details of their work or of their discoveries to any individual, agency or media outside the ITCCS. The ITCCS Central Directorate alone is responsible for disseminating information on the DAU, its actions and evidence to the public, media and other agencies.

6. Failure by any DAU member to abide by this Protocol shall result in his or her immediate expulsion.

7. The ITCCS Central Directorate shall govern its media releases and public sharing of evidence according to the priorities outlined in the two-fold DAU mandate: the rescue of children and the arrest and prosecution of the guilty. All other considerations are subordinate to these goals, including the need to educate the public, reply to questions or challengers or explain our actions to the world. We recognize that we are engaged in a war against a more powerful adversary and therefore as a guerrilla force must rely on the skills of secrecy, surprise and deception to outmaneuver and disrupt that enemy. Such unpredictability and secrecy is our main weapon and is compromised by a “public relations, information sharing” approach to the rest of the world.

8. Accordingly, the Directorate shall not release the names or identities of any of the detained suspects, the children rescued, the DAU members or the responsible ITCCS field agents until the effective legal prosecution of the guilty and the safety of our agents and the children is assured and guaranteed. Neither shall any of the evidence recovered by the DAU, the location of the cult sites or any related information be shared publicly except in a court of common law or in another medium approved by the Directorate, such as an ITCCS sponsored press conference.

9. That said, such evidence and information can and will be shared to individuals and groups that have been pre-screened and authorized by the Directorate, including media groups. Such pre-screened persons must undergo interrogation and briefing by accredited ITCCS officers before they can be cleared to receive such information.

10. Any individual who violates or does not abide by this Protocol shall be subject to the full force of the law.

Further ITCCS Communiques will be forthcoming.