Neuroscientists Have Just Discovered the First Woman to See Millions of Colours More than the Rest of Us Sat Aug 12, 2017 4:26 pm 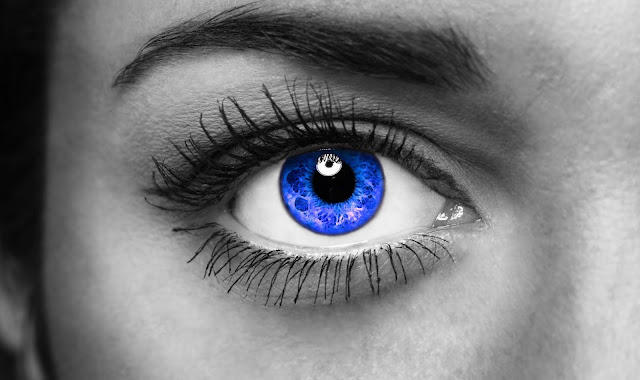 (Jess Murray) UK scientists have just discovered that a woman is able to detect more colours than most due to possessing an extra type of cone cell. Cone cells are receptor cells in eyes that are responsible for detecting colour, which means that it is estimated that the woman can see 99 million more colours than the average person, who can generally detect 1 million colours. The neuroscientists have been searching for this type of discovery for over 25 years, making this a real success.

Reports have since stated that scientists now believe that she is one of many others who have this super-vision which they have named “tetrachromats”, compared to the majority of people with just three types of cone cells known as “trichromats”.

The woman with four cone cell types is a doctor living in northern England, and has now been identified as cDa29. Researchers have discussed that the obtainment of these four cone cells could have come from having a colour blind father who possesses two normal cone cells and one mutant one; an idea which was first suggested back in 1948 by Dutch scientist HL de Vries. His original idea meant that the daughter of a colour blind father could have four types of cone cells, even though only three would be working normally. This then led to John Mollon, from Cambridge University, to start searching for women who might have four functioning cone cells, back in the late 1980s.

Following Mollon’s unsuccessful results, neuroscientist Gabriele Jordan from Newcastle University in the UK, who had formerly worked alongside Mollon, decided to change the testing in 2007. Her method examined 25 women who had a fourth type of cone cell by putting them in a darkened room and seeing three coloured circles of light that flashed in front of the women’s eyes when looking into a light device.

It was through this test that cDa29 was able to detect the different colours in a number of tests conducted. Jordan told Veronique Greenwood from Discover magazine, “I was jumping up and down. We now know tetrachromacy exists, but we don’t know what allows someone to become functionally tetrachromatic, when most four-coned women aren’t.”

The research on cDa29 hasn’t yet been peer-reviewed or published, as Jordan is continuing her research whilst extending her search for more tetrachromats. But for now, reports have confirmed that tetrachromats do exist, which would help scientists to further explore how vision works.

Jordan told Discover about vision through cDa29’s eyes: “This private perception is what everybody is curious about. I would love to see that.”

I am Jess Murray, wildlife conservationist, photographer and writer. I like to document the natural world and create awareness through my writing so that your future can be sustainable and positive. Follow my Facebook page and Instagram account to see what I am doing right now.

Jess Murray is a wildlife conservationist and writer who has spent a lot of time working and studying in South Africa. She is now striving to spread awareness about global conservation issues and the truth behind faux conservation facilities throughout the world.
_________________________
Stillness in the Storm Editor's note: Did you find a spelling error or grammar mistake? Do you think this article needs a correction or update? Or do you just have some feedback? Send us an email at sitsshow@gmail.com with the error, headline and url. Thank you for reading.