OUT OF MIND » PERCEPTUAL AWARENESS » POWER TOOLS » The Physics of Sound: How and Why Sound Heals

The Physics of Sound: How and Why Sound Heals

The Physics of Sound: How and Why Sound Heals 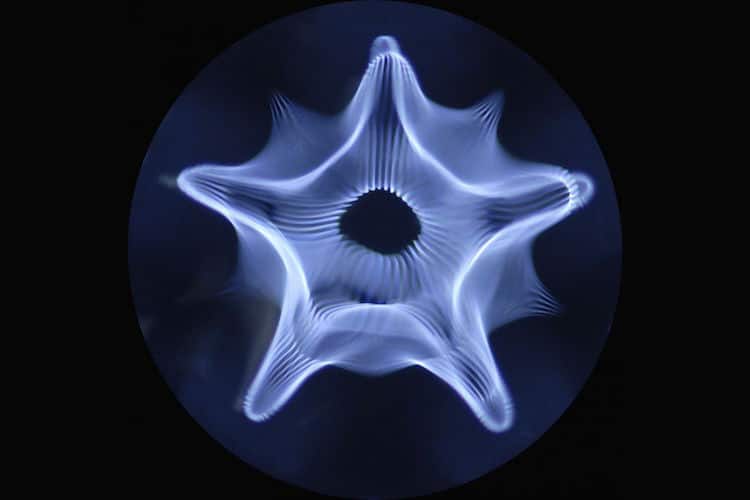 By Jonathan and Andi Goldman
An examination of the majority of spiritual paths and religions on this planet reveals an overriding belief that sound was the primary force of creation. Examples of this come from the Old Testament (“And God said, ‘Let there be Light’”) and the New Testament (“In the beginning was the Word”). It comes from many other traditions—Egyptian, Hopi, Mayan, Polynesian, and more—which all have creation myths that invoke the power of sound. It is said in the Hindu spiritual path that “Nada Brahman”—everything is sound. Even from a Western scientific perspective, we talk about the “Big Bang,” signifying that the creation of the universe was somehow sonic in origin.
Modern scientists, like our ancient mystics, tell us that everything is in a state of vibration, from the electrons moving around the nucleus of an atom to planets in distant galaxies spinning around their suns. From the very tiny to the very large, everything vibrates. As many of our modern physicists understand, energy and matter are interrelated. Thus, if all forms of energy are putting out a vibration, all that energy can be considered sound, whether we can hear it or not.

Sound is energy that travels as a wave. The wave enters our ears and travels through our auditory pathways into our brain, ultimately affecting our breathing, heart rate, and nervous system. We experience this wavelike energy primarily as a phenomenon that we hear. However, these waves also pass into our body, affecting us on a cellular level.
Sounds are measured in cycles per second, or frequency, as measured in hertz (Hz). Slow-moving waves of sound create deep tones. A sound with a frequency of 60 Hz, for example, is very bassy and low. A sound with fast waves, such as 1,000 cycles per second, would be a relatively trebly and high-pitched. The lowest note on a piano has a frequency of about 24 Hz, and the highest note is around 5,000 Hz.
Our range of hearing extends from around 16 Hz to around 16,000 Hz (or sometimes higher—young children, for example, can hear upwards of 18,000 Hz or more). However, just because we can’t hear something doesn’t mean a sound isn’t being created. As an example, our friends in the ocean, the dolphins, can project and receive frequencies upwards of 180,000 Hz—that’s more than ten times our best range of hearing.
Sounds with a frequency below the human level of hearing are called infrasound; sounds with a frequency above the human level of hearing are called ultrasound.

Knowing that all matter vibrates, we can move on to explore the idea that every object—including every organ, bone, and tissue in our body—has resonance, or a natural vibratory state. There’s been much speculation on how to determine the natural frequencies of a healthy organ. Some find that they are within the audible sonic range (between 16 Hz and 16,000 Hz). Others find that they fall well below this audible range or, like ultrasound, far above it. When the body is healthy and balanced, these vibrations are in harmony with each other. When the body is imbalanced, it is in a state of dissonance—the resonant qualities of its constituent parts are in disharmony.
One of the most extraordinary demonstrations of the effects of sound and resonance was conducted by a visionary Swiss doctor named Hans Jenny. Dr. Jenny’s seminal work titled Cymatics (a Greek word that means “wave form”), whose first volume was published in 1967, showed the effects that sound waves have upon different types of material, including water, pastes, and other liquids. Dr. Jenny placed these substances on a steel plate and vibrated the plate with a crystal oscillator, which produced an exact frequency, and then he photographed the effects. He photographed liquid plastic (a material similar to Silly Putty) that formed into an object resembling a sea anemone, and lycopodium dust (a material similar to talcum powder) that took on shapes resembling the cells of the body. Some of his most amazing photos were of water, which took on astonishing geometric forms, depending upon the vibrational frequency that was used.
Dr. Jenny’s work demonstrates the extraordinary power of -vibration—that is, sound—to create form. While the structures and forms he created with sound were not living creatures, many of them certainly look as though they were. You can almost imagine that, with a “divine” sound coming from a sacred source, in the beginning the Word could indeed create life.
What is equally important with regard to Dr. Jenny’s experiments is that the effects are repeatable. If you take the same substance and expose it to the same frequency that Dr. Jenny used, you will get the same result. This consistent structuring—a certain vibration leads to a certain form—is a manifestation of resonance. If the vibration changes, the structure changes in concert with it.
Several people have carried on Dr. Jenny’s work in the twenty-first century, including Alexander Lauterwasser of Germany and John Stuart Reid of England. The following are two photos taken by Reid showing the beautiful geometric forms that water took on when vibrated by two diverse frequencies on a CymaScope, a device similar to Dr. Jenny’s. When you think about the fact that the human body is mostly made of water, it’s easy to realize how powerful the effects of sound can be upon us. 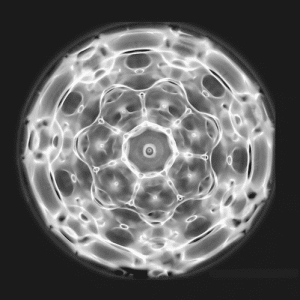 Fig. 2.1. The voice of author Jonathan Goldman rendered as a visual pattern by a CymaScope 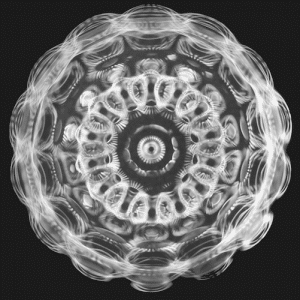 Fig. 2.2. A female voice mandala made visible by a CymaScope
Let’s now examine two different (almost diametrically opposed) ways in which sound can be used for healing. Both involve the concept of resonance.


How Sound Can Heal: Method One

For this first method of healing with sound, let’s visualize a healthy body like an orchestra that is playing all together in balance and harmony. Let’s call this music the “symphony of the self.”
Using this metaphor of the body as an orchestra, what happens when the second violin player loses his sheet music? Pretty soon that violin player might begin to play the wrong notes and the wrong rhythm. Usually, in a very short amount of time, the rest of the string section begins to sound off. In fact, as this dissonance develops, you’ll begin to notice that there’s something wrong with the entire orchestra. It just doesn’t sound right.
This is akin to a part of our body vibrating out of its healthy -resonance—it’s vibrating out of tune and out of ease, and we then say that this part of our body is diseased (dis-eased). One of the basic principles of using sound as a healing modality is to restore the part of the body that is diseased back into a state of healthy resonance. It is very much like getting the sheet music back to that string player.
It seems appropriate at this time to honor Dr. Peter Guy Manners, one of Jonathan’s mentors and one of the great pioneers in the field of sound therapy. Dr. Manners passed away at the turn of this century, but he had been engaged in the research and practice of sound healing since the 1950s. His work focused on finding the correct frequencies to restore healthy resonance to different parts of the body for different conditions. He created the “Cymatic Instrument” (now known by other names), which had the ability to project over six hundred different combinations of frequencies (which he called “commutations”) in order to strengthen an imbalanced portion of our anatomy. Due to some legal issues, his work (and his instrument) was not as well known at the time as it perhaps could have been. However, today trained practitioners in the field of sound healing readily employ numerous devices based upon the work of Dr. Manners, with remarkable healing benefit.
Although we have been introduced to many different types of instruments designed for sound healing, our preferred instrument is one that doesn’t require electricity or batteries, has an owner’s manual that’s really simple to use, and is free. This instrument is, of course, our own voice. And it’s what we’ve been teaching for dozens of years.
Please note: we are not talking about using the voice in a musical fashion such as singing—that’s entertainment. We’re not talking about getting up in front of an audience and singing “Strangers in the Night” or whatever song turns you on. Here, in relation to sound specifically utilized for healing, we’re talking about the concept of entrainment...
Read more: Waking Times

OUT OF MIND » PERCEPTUAL AWARENESS » POWER TOOLS » The Physics of Sound: How and Why Sound Heals

» Why Sound Heals
» Just In! Strange Blue Light in Sky With Weird 'MetallicTrumpet' Sound in Seattle! Sound Recorded!
» A River Heals Everything
» Nature Heals
» The 5D Medicine is here.......it heals everything ......