OUT OF MIND » THE INSANITY OF REALITY » GOVERNMENTS & THE NEW WORLD ORDER » Robert F. Kennedy Jr. Explains The Real Reason The West Is Trying To Destabilize Syria

“The statesmen will invent cheap lies, putting the blame upon the nation that is attacked, and every man will be glad of those conscience-soothing falsities, and will diligently study them, and refuse to examine any refutations of them; and thus he will by and by convince himself the war is just, and will thank God for the better sleep he enjoys after this process of grotesque self-deception.” – Mark Twain

The recent chemical gas attack in Syria has once again lit a fire under the global population, a split is being created. Every single year, the divide as to what’s really happening in Syria gets stronger and stronger. Although division and the constant opposing narrative’s between the mass population only creates more conflict, drama, and confusion, in this case it’s much different, because before it was simply believe what we hear, now, we are learning to question it.

What we have here is a classic case of media giants spewing opposing views. On one hand, we have the western military alliance claiming that a chemical attack occurred in Syria and was done so by the Syrian President, Bashar Al Assad, despite the fact that absolutely no evidence of this being so was presented. This narrative is dished out from intelligence agencies via western mainstream media. Investigations are currently taking place as to what really happened there, as the OPCW chemical weapons inspectors recently arrived inside of Douma to do an inspection, as it would be nice to actually have some real evidence that a chemical weapons attack occurred. 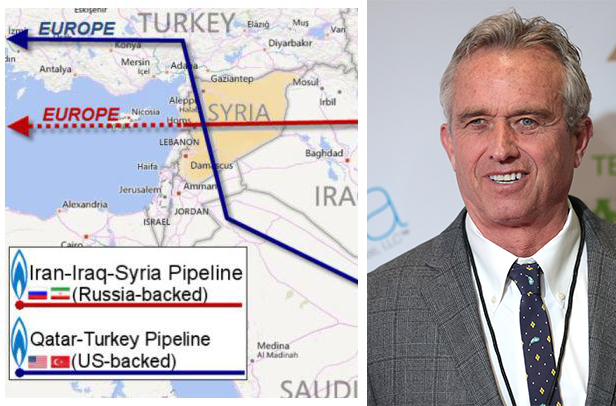 On the other side of the coin, there are a number of journalists, academicians and politicians who’ve voiced their concern that this could be a “false flag” attack. In fact, after the last supposed chemical weapons attack, Russian President Vladimir Putin came out and said that it was a “false” flag and that “more are being prepared in Syria.” Not long ago, a Russian general went on Russian national T.V. letting the citizens know that they had intel of another staged gas attack to occur in Syria. Despite the fact that a large portion of westerners resonate with this viewpoint, it is still greeted with a harsh response in many cases, often deemed as “Russian propaganda.” Obviously, Assad has denied any chemical weapons attack on his own people.

As a side note, when we say staged, we mean just that, with crisis actors being involved. On the other hand, there are also staged real events, where people do lose their lives and are actually victims of weapons attack, that could be the case here in Syria as well.

The Deep State has a long history of labelling foreigners as dictators, sponsoring terrorist activities in those countries and influencing a regime change to suit their own best interests. These are facts that are hard to argue against, and many political and military figures from around the world, including the United States, on-top of uncountable academicians, have all expressed their concern that this is exactly what we’re seeing in Syria right now.

Can you imagine? A power so strong that they have their hands in the creation of terrorist activity, in order to justify the invasion of another country for ulterior motives, while looking like the humanitarian and ‘saviour?’

I don’t want to get into it here, as I recently published an article that goes into a little more detail about the recent chemical attack in Syria, linked below:

I want to focus on long time activist, Robert F. Kennedy Jr., and zero in on his post about the chemical weapons attack that was blamed on Assad, prior to the most recent one.

“America’s unsavoury record of violent interventions in Syria – Obscure to the American people yet well known to Syrians – sowed fertile ground for the violent Islamic Jihadism that now complicates any effective response by our government to address the challenges of ISIS. So long as the American public and policymakers are unaware of this past, further interventions are likely to only compound the crisis. Moreover, our enemies delight in our ignorance.”

Also, I believe it’s important to mention that when the term ‘Islamic State’ or ‘Islamic Jihadism’ is used, it in no way represents any muslim person whatsoever.

“The global war on terrorism is a US undertaking, which is fake, it’s based on fake premises. It tells us that somehow America and the Western world are going after a fictitious enemy, the Islamic state, when in fact the Islamic state is fully supported and financed by the Western military alliance and America’s allies in the Persian Gulf. … They say Muslims are terrorists, but it just so happens that terrorists are Made in America. They’re not the product of Muslim society.” – Dr. Michel Chossudovsky

This quote highlights one of many examples of how religion is being used by the global elite to basically create chaos, making their intervention a little easier.

Kennedy believes this is another pipeline war, citing the fact that the world’s addiction to oil, when oil is completely unnecessary at this point, is creating social chaos, war, terror, the refugee crisis overseas, and the loss of democracy and civil rights both abroad and at home.

He is no doubt correct, and obviously has knowledge of this type of thing given who he is and what he and his family have experienced inside the realm of geopolitics.

Kennedy states, “we might want to look beyond the convenient explanations of religion and ideology and focus on the more complex rationales of history and oil, which mostly point the finger of blame for terrorism back at the champions of militarism, imperialism and petroleum here on our own shores.” 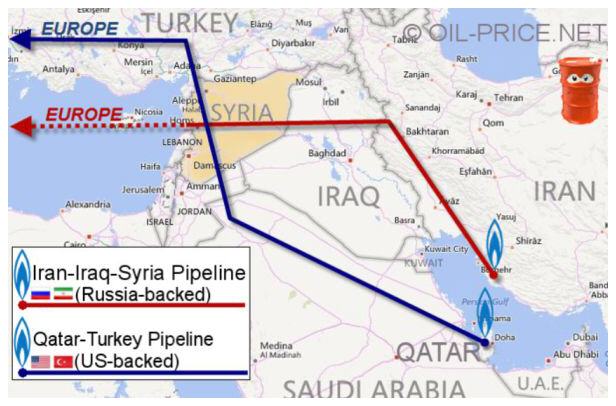 The truth is, plans to create dramatic political change in multiple countries have been in the works for quite some time.

Titled “Syria: Scenarios of Dramatic Political Change,” this document was written in July of 1986 by the Foreign Subversion and Instability Center, part of the CIA’s Mission Center for Global Issues.

It states its mission to analyze “a number of possible scenarios that could lead to the ouster of President Assad or other dramatic change in Syria.” Though the document is 25 years old, it shows that the U.S. plans to influence and infiltrate Syria to create change that would suit their own interests and dates back well over 30 years.

The document also comes with similar testimony from insiders. One example would be former Four Star General Wesley Clark, who was the Supreme Allied Commander of Europe of NATO from 1997-2000. Clark said, in an interview with Democracy Now, that the U.S. had plans to invade countries in the Middle East, including Syria, for no justified reason at all. He offered the sentiments of some within the American military, that they have a “good military” and that they can “take down governments.” He spoke of a memo that described how the U.S. had “plans to take out seven countries in five years, starting with Iraq, and then Syria, Lebanon, Libya, Somalia, Sudan, and finishing off, Iran” (source).

In Kennedy’s article, he explains how long before the 2003 occupation of Iraq by the United States (which was justified by 9/11), the US government triggered the Sunni uprising which has now become the ‘Islamic State.’ “The CIA had nurtured violent Jihadism as a Cold War weapon and freighted U.S./Syrian relationships with toxic baggage,” explains Kennedy.

“The CIA began its active meddling in Syria in 1949—barely a year after the agency’s creation. Syrian patriots had declared war on the Nazis, expelled their Vichy French colonial rulers and crafted a fragile secularist democracy based on the American model. But in March of 1949, Syria’s democratically elected president, Shukri-al-Kuwaiti, hesitated to approve the Trans Arabian Pipeline, an American project intended to connect the oil fields of Saudi Arabia to the ports of Lebanon via Syria. In his book, Legacy of Ashes, CIA historian Tim Weiner recounts that in retaliation, the CIA engineered a coup, replacing al-Kuwaiti with the CIA’s handpicked dictator, a convicted swindler named Husni al-Za’im. Al-Za’im barely had time to dissolve parliament and approve the American pipeline before his countrymen deposed him, 14 weeks into his regime.”

Syria is one of multiple countries currently standing that has not been completely destroyed and transformed by the United States.

In order for these interventions to occur, the United States and their allies desperately need to justify reasons for intervention to their populace.

“The conscious and intelligent manipulation of the organized habits and opinions of the masses is an important element in democratic society. Those who manipulate this unseen mechanism of society constitute an invisible government which is the true ruling power of our country. We are governed, our minds are molded, our tastes formed, our ideas suggested, largely by men we have never heard of.”
– Edward Bernays (“the father of public relations”), Propaganda, 1928 (note that Bernays’ book, Propaganda, begins with the above quote).

The point is, the idea that these gas attacks are false flag events, and the idea that the US has their hand in such attacks to help oust Assad, while at the same time branding him a dictator and a war criminal, is nothing new. It’s not ‘Russian propaganda’ and it’s something that’s been happening for a long time.

We’re obviously going to get nowhere on any subject if human consciousness is continually divided as to what’s really happening. Thankfully, human consciousness is changing, and the conflict that’s been taking place in Syria right now is a great example. If these attacks happened not but 5 years ago, maybe 10, the idea that this was a “false flag” wasn’t even a narrative within the mainstream. At least now we have a large portion of the population addressing questions and concerns that weren’t really addressed in the past. This is a great example of how humanity is waking up, and if we want to stop these problems, we must first identify them, and that’s what’s happening. This means that people are actually doing some critical thinking, and doing some independent research instead of constantly being influenced by the perspective of mainstream media.

OUT OF MIND » THE INSANITY OF REALITY » GOVERNMENTS & THE NEW WORLD ORDER » Robert F. Kennedy Jr. Explains The Real Reason The West Is Trying To Destabilize Syria