OUT OF MIND » CHANGING ENVIRONMENT & NATURE » ATMOSPHERIC CHANGES » Mystery meteor reportedly exploded with 2.1 kilotons of force above a US military base — and the Air Force said nothing

Mystery meteor reportedly exploded with 2.1 kilotons of force above a US military base — and the Air Force said nothing

Mystery meteor reportedly exploded with 2.1 kilotons of force above a US military base — and the Air Force said nothing Sat Aug 04, 2018 10:46 am

Admin
Posts : 106263
Join date : 2012-01-04
Location : Woodstock Nation
Mystery meteor reportedly exploded with 2.1 kilotons of force above a US military base — and the Air Force said nothing [url=https://twitter.com/intent/tweet?text=Mystery meteor reportedly exploded with 2.1 kilotons of force above a US military base %E2%80%94 and the Air Force said nothing https://read.bi/2n6SZiL via @businessinsider] [/url] 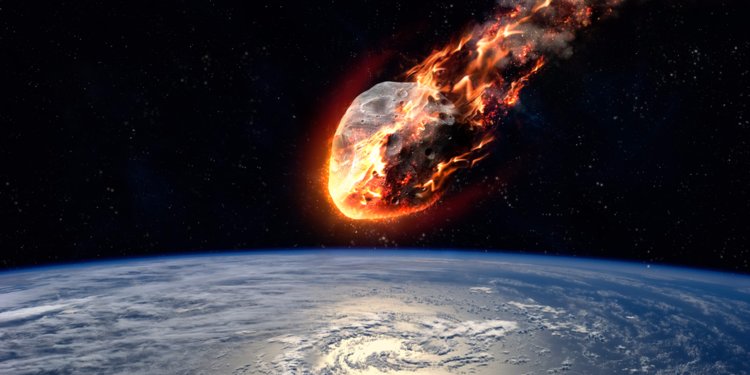 A curious and credible tweet from the director of the Nuclear Information Project for the Federation of American Scientists, Hans Kristensen, on Wednesday at 5:14 p.m. ET said: "Meteor explodes with 2.1 kilotons force 43 km above missile early warning radar at Thule Air Base."
That tweet apparently originated from a tweet on Tuesday afternoon by "Rocket Ron," whose profile says they're a "Space Explorer at the Jet Propulsion Laboratory." The original tweet said: "A fireball was detected over Greenland on July 25, 2018 by US Government sensors at an altitude of 43.3 km. The energy from the explosion is estimated to be 2.1 kilotons."

The incident is fascinating for a long list of reasons, not least of which is how the Air Force integrates the use of social media reporting (and non-reporting) into its official flow of information. As of this writing, no reporting about any such event appears on the public news website of the 12th Space Warning Squadron based at Thule, the 21st Space Wing, or the wing's 821st Air Base Group that operates and maintains Thule Air Base in support of missile warning, space surveillance, and satellite command-and-control operations missions. 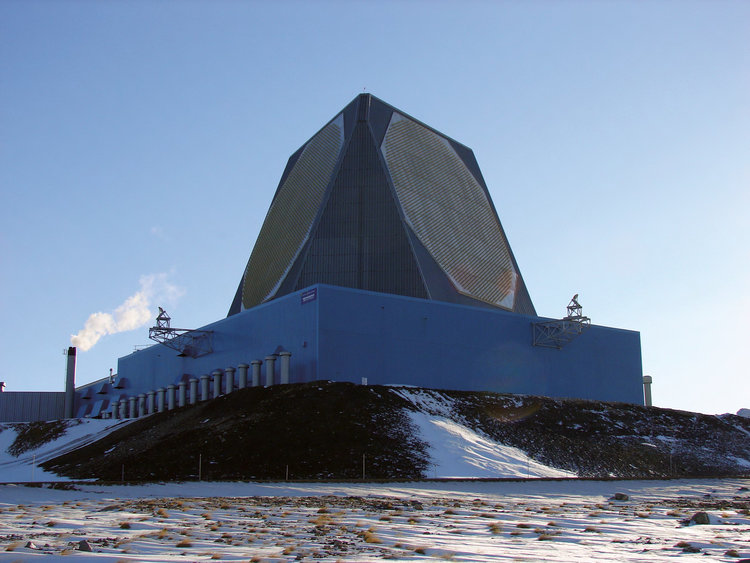 An AN/FPS-132 Upgraded Early Warning Radar, which can detect and warn of sea-launched ballistic missiles. US Air Force
Data from NASA's Jet Propulsion Laboratory shows a record of an object of unspecified size traveling at 24.4 kilometers per second (about 54,000 mph, or Mach 74) at 76.9 degrees north latitude, 69.0 degrees west longitude, on July 25 at 11:55 p.m. That latitude and longitude checks out as almost directly over Thule, Greenland. 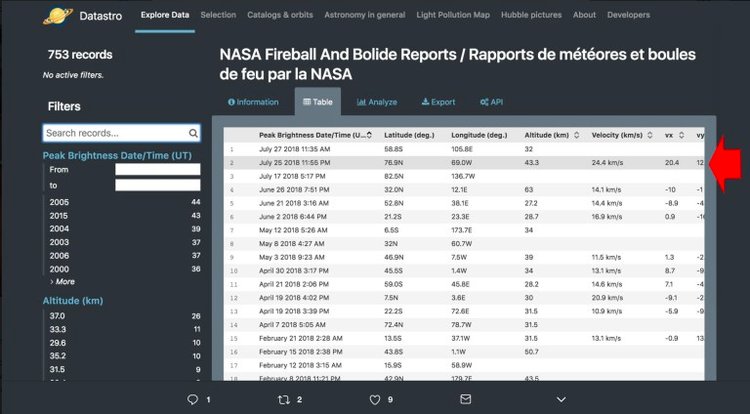 NASA's Jet Propulsion Laboratory shows a record of the object's reentry on its database.Twitter / Data via NASA's Jet Propulsion Laboratory
According to NASA, its Near-Earth Object program database for objects entering the atmosphere shows that: "The data indicate that Earth's atmosphere was impacted by small asteroids, resulting in a bolide (or fireball), on 556 separate occasions in a 20-year period. Almost all asteroids of this size disintegrate in the atmosphere and are usually harmless." That is a rate of one asteroid, or "bolide," every 13 days over the 20-year study.
But there are exceptions.
You may recall the sensational YouTube and social media videos of the very large Chelyabinsk meteor that struck the earth on February 15, 2013. Luckily, it entered the Earth's atmosphere at a shallow trajectory and largely disintegrated. Had it entered at a more perpendicular angle, it might have struck the Earth with significantly greater force. Scientists report that Chelyabinsk was the largest meteor to hit the Earth in the modern recording period, over 60 feet (20 meters) in diameter. Over 7,000 buildings were damaged and about 1,500 people were injured in the incident.

What is perhaps most haunting about the Chelyabinsk meteor — and perhaps, we may learn, this most recent Greenland incident — is that there was no warning (at least, not publicly). No satellites in orbit detected the Chelyabinsk meteor, and no early-warning system knew it was coming, according to scientists. Because the radiant or origin of the Chelyabinsk meteor was out of the sun, it was difficult to detect in advance. It arrived with total surprise.
Northern Russia seems to be a magnet for titanic meteor strikes. The Tunguska event of 1908 was a meteor that struck in the Krasnoyarsk Krai region of Siberia. It flattened over 770 square miles of Siberian taiga forest but curiously seems to have left no crater, suggesting it likely disintegrated entirely about 6 miles above the Earth. The massive damage done to the taiga forest was from the shockwave of the object entering the atmosphere prior to disintegration. While this recent Greenland event is very large, at 2.1 kilotons (2,100 tons of TNT) of force for the explosion, the Tunguska event is estimated to have been as large as 15 megatons (15 million tons of TNT).
It will be interesting to see how (and if) popular news media and the official defense news outlets process this recent Greenland incident. But while we wait to see how the media responds as the Twitter dust settles, it's worth at least a minor exhale knowing this is another big object that missed hitting the Earth in a different location at a different angle and potentially with a different outcome.
Read the original article on The Aviationist. Copyright 2018. Follow The Aviationist on Twitter.

Re: Mystery meteor reportedly exploded with 2.1 kilotons of force above a US military base — and the Air Force said nothing Sat Aug 04, 2018 1:16 pm

OUT OF MIND » CHANGING ENVIRONMENT & NATURE » ATMOSPHERIC CHANGES » Mystery meteor reportedly exploded with 2.1 kilotons of force above a US military base — and the Air Force said nothing