Our kids are just as much a part of this as we are,' says Aslan Tudor's mom 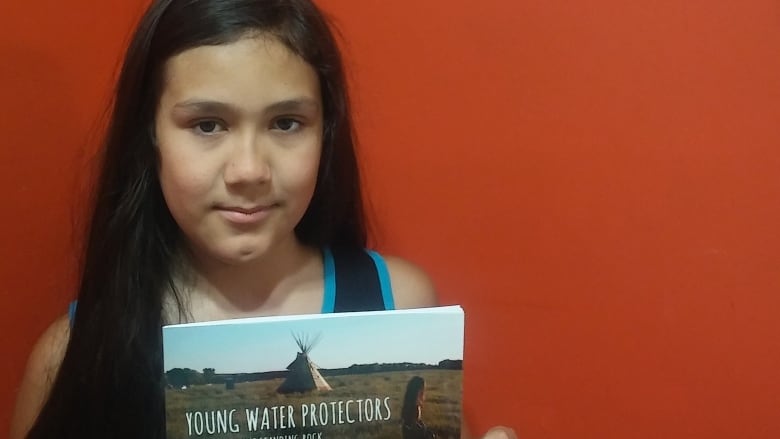 Aslan Tudor, now 10, has just published a children's book with the help of his mother about his experience at Standing Rock. (Submitted by Kelly Tudor )

A boy who visited the Standing Rock camp with his mother and younger sister in 2016 has written about his experience in a new children's book published this month.

Young Water Protectors: A Story about Standing Rock chronicles Aslan Tudor's experience as an eight-year-old at the camp.

The Tudors visited the Standing Rock Reservation that straddles North and South Dakota in the late summer of 2016 and again that October.

In August, the Oceti Sakowin Camp was setting up while more Indigenous people from across North America began to gather at the site where the Dakota Access Pipeline was to pass through the traditional territory of the Sioux. 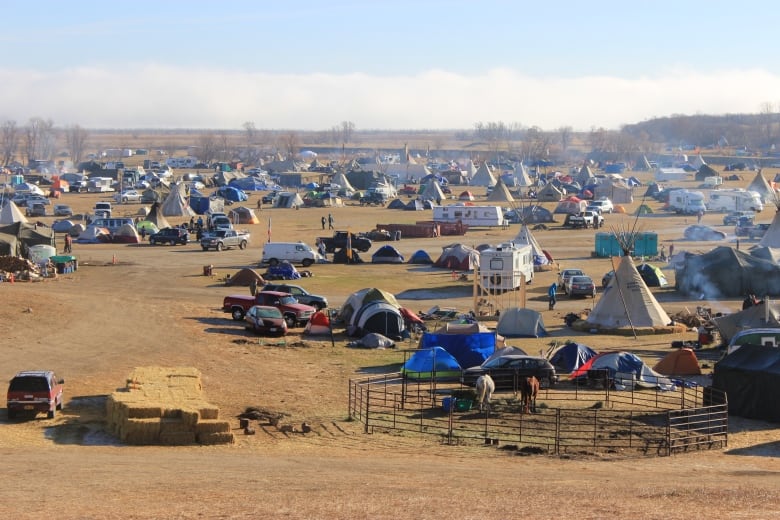 'There were a lot of tents and teepees at the camp. There was a school and a medical tent,' says Aslan of Oceti Sakowin, the largest camp at Standing Rock. (Stephanie Cram/CBC)

"There were a lot of tents and teepees at the camp, there was a school and a medical tent," said Aslan.

"It was pretty small still and I felt like there wasn't much going on yet."

When the family returned in October it was a different scene.

"Second time I went, I did feel like there was a lot more going on. Each time felt different." 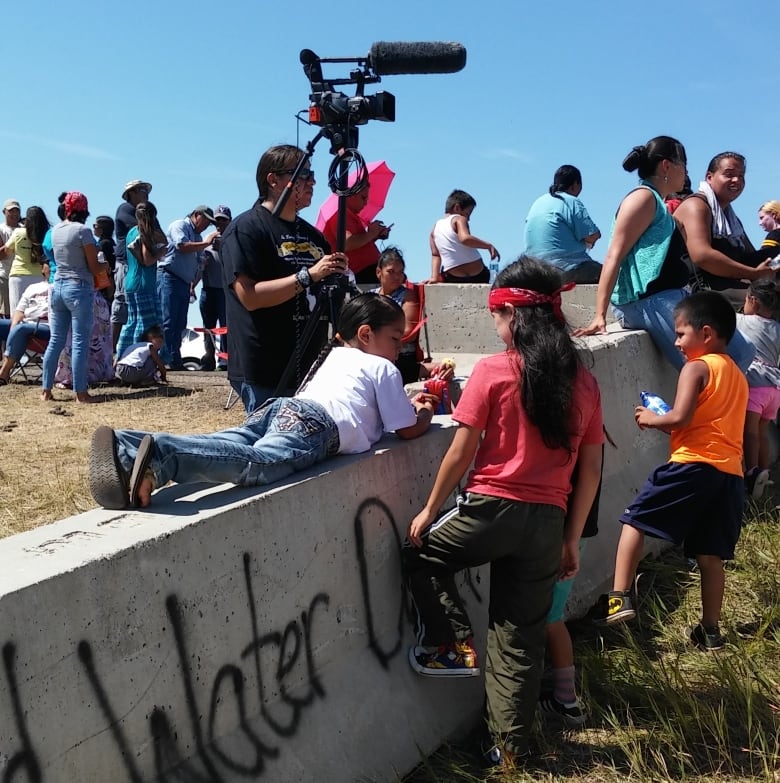 Kelly Tudor says there were many children at Standing Rock and the community kept them safe. (Submitted by Kelly Tudor )

The children spent time at the Defender of the Water school, which was set up to look after the children of the camp while their parents were at the pipeline site or volunteering their efforts in other areas. Even as the conflict escalated, his mom Kelly Tudor said the camp where the children were kept was a safe place.

"I think culturally our kids are just as much a part of this as we are," she said.

"Native people respect children as sacred and want to make sure that they're safe and taken care of."

Tudor, 33, works as an emergency medical technician and was volunteering in the medical tent at the camp. She is a third generation American Indian Movement member and the representative for Indiana.

Her family is originally from southern Texas, and she said she has raised her children as traditionally as possible in lines with her Lipan Apache culture, which hasn't always been easy living in Indianapolis.

When she heard the call out for support at Standing Rock, she said she didn't hesitate to pack up the kids and drive 17 hours to the site. She said taking the children to Standing Rock helped bring them closer to other Indigenous people.

"We come from Midwestern United States where Native American boys with long hair are unheard of and he has a lot of problems because of that," said Tudor.

"When we go out there, there were other Native boys with long hair. He didn't get mistaken for a girl; he didn't get bullied for it." 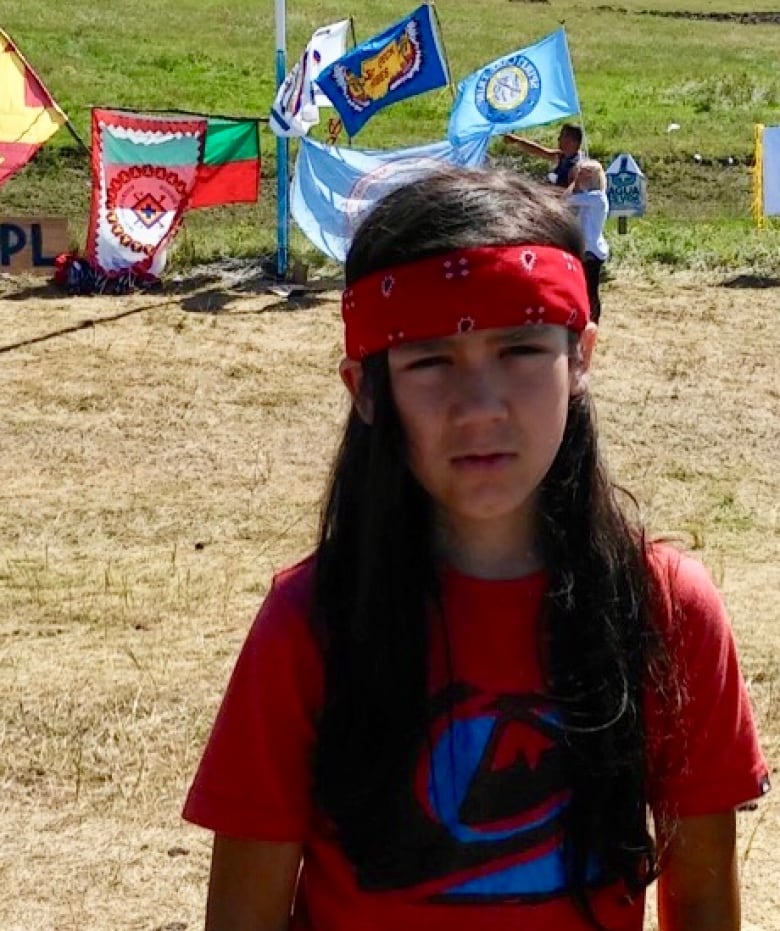 Aslan Tudor at age 8 at the Standing Rock Reservation in South Dakota. (Submitted by Kelly Tudor)

After having had time to reflect on the experience, Aslan and his mother realized there were no resources for children about what happened at Standing Rock.

"We were talking about that and he said, 'I should write a book,'" said Kelly.

"He wanted to make a resource for younger kids to understand what happened at Standing Rock and why."

Aslan's mom typed out his words as he dictated and assisted with grammar and syntax. In just under a week, they were looking at a 12-page children's book.

The book was released Aug. 8. Aslan said he hopes to write more in the future.