OUT OF MIND » THE INSANITY OF REALITY » GOVERNMENTS & THE NEW WORLD ORDER » FINALLY: Female cyclist cries FOUL over biological man winning women’s cycling championship by claiming to be a transgender woman 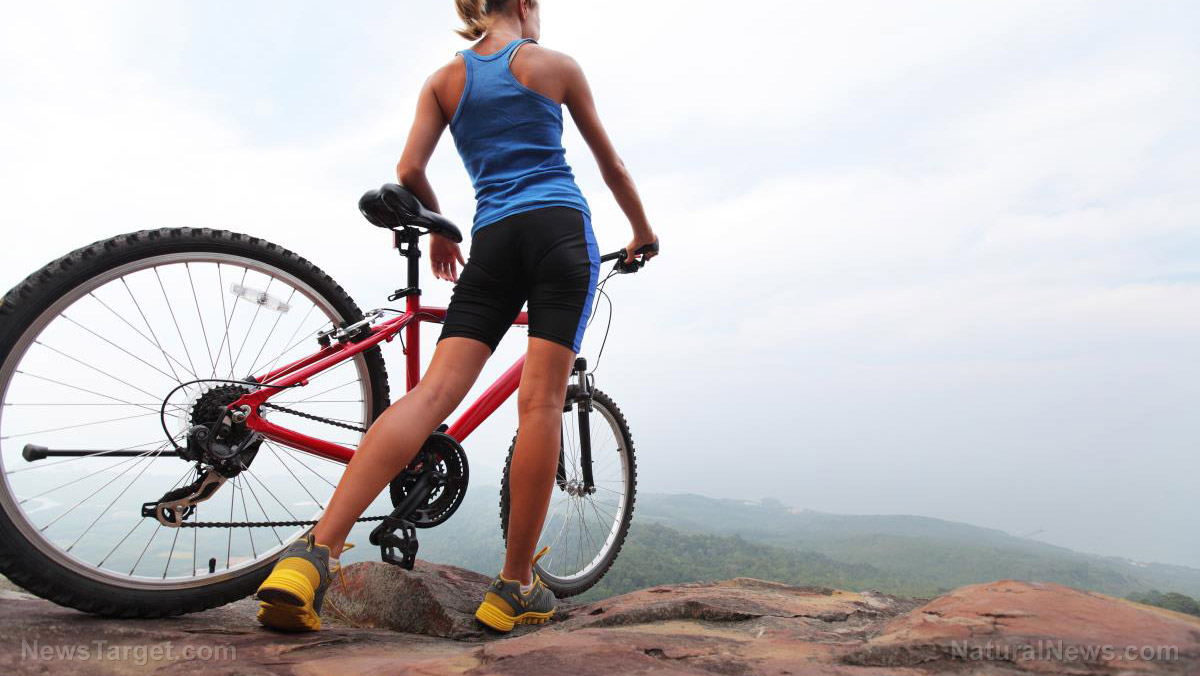 (Natural News) It took a while for someone to muster up the courage to speak out against the growing number of sports scandals being perpetrated by transgenders, but someone finally did.
Jennifer Wagner, who was born as a woman and still claims to be one, has trained for years as a cyclist. But in a recent world championship event, she lost to a bigger, stronger male-claiming-female-status competitor calling himself Rachel McKinnon, after he was allowed to compete in the women’s division, The Daily Caller reported.
Wagner, a doctor from the Houston area, said allowing McKinnon, who was representing Canada, to compete in her event was “definitely NOT fair.” She took third in her event behind McKinnon and Dutch cyclist Carolien van Herrikhuyzen.
“I was the 3rd place rider. It’s definitely NOT fair,” Wagner wrote on Twitter earlier this week following a comment about the race.
Wrote Katie Hopkins on Twitter featuring a picture of the three top finishers: “For clarity – this was the WOMENS [sic] world championships. I repeat. Women’s. Congratulations to the brave faces of silver & bronze. The world is gripped by a febrile madness.”
Van Herrikhuyzen, the European, was much more ‘tolerant’ of the mismatch. She said McKinnon won an “honest race.”
“No one is a transgender to steal anyone’s medal. We had an honest race under [Union Cycliste Internationale] rules. If you compete you accept the rules, otherwise, don’t compete,” she wrote in response to a Twitter commenter. “I can only imagine what she had to go through in her life to be where she is now, how hard it is to fit in.”
Sponsored solution from CWC Labs: This heavy metals test kit allows you to test almost anything for 20+ heavy metals and nutritive minerals, including lead, mercury, arsenic, cadmium, aluminum and more. You can test your own hair, vitamins, well water, garden soil, superfoods, pet hair, beverages and other samples (no blood or urine). ISO accredited laboratory using ICP-MS (mass spec) analysis with parts per billion sensitivity. Learn more here.

But ‘she’ isn’t a ‘she,’ he’s a he, and he is making the choice to identify as ‘she.’ Besides, what’s wrong with waiting for someone to go complete transgender – as in, physically becoming the opposite sex – before allowing them to compete in a gender-specific category? (Related: Unbridled LUNACY: Federal judge in Oregon rules high school boys MUST share locker room with ‘transgender’ who is a biological girl.)

Of course, men have physical advantages over women

No one is denying McKinnon’s right to call himself a her. All the good doctor appears to be stating is a human fact with which she, a graduate of several biology and physiology courses, is imminently qualified to make.
Wagner replied, “Just because it’s a CURRENT UCI rule doesn’t make it fair or right. And rules can be changed.”
McKinnon’s response? He accused Wagner of “transphobia” because she dared to criticize rules that allow men to compete against women in all-women events on the premise that they claim they’re a woman without having undergone the treatment to actually become one and, thus, compete fairly.
“I think there is absolutely no evidence that I have an unfair advantage,” McKinnon told VeloNews.
But is evidence that he/she has or doesn’t have an unfair advantage really the point? Or is the real issue the Left’s incessant push to redefine and politicize everything, including biological sex?
If there were no inherent physical advantages or disadvantages between the sexes when it came to sports, then women would have been playing professional football alongside men decades ago.
If there were no inherent physiological differences between a man and a woman, then the gender-specific sport would never have been invented.
It’s not a matter of real or imagined advantage, because science proved long ago that in nearly all cases, biological men are physically stronger than biological women. We can argue the semantics of training regimens, conditioning, and overall fitness to no definitive conclusion all day long, but the scientific fact that, on average, when taken at the same levels of training and fitness, men are stronger, faster, and have more endurance than their female counterparts.
The Left doesn’t want to discuss these biological realities, so they cover their inability to argue their case convincingly with insults like “you’re intolerant!” and “you’re a transphobe!”
Meanwhile, men are increasingly being permitted to compete against women in sports while the Left pretends it is the most normal thing on the planet.
Read more about libtard behavior at Libtards.news.

OUT OF MIND » THE INSANITY OF REALITY » GOVERNMENTS & THE NEW WORLD ORDER » FINALLY: Female cyclist cries FOUL over biological man winning women’s cycling championship by claiming to be a transgender woman