Sabrina Bittencourt SUICIDE? - She helped to bring down the Brazilian faith healer, John of God, accused of sex abuse and child trafficking

Sabrina Bittencourt SUICIDE? - She helped to bring down the Brazilian faith healer, John of God, accused of sex abuse and child trafficking Mon Feb 04, 2019 10:53 am

A woman who helped to bring down a Brazilian faith healer accused of sex abuse has taken her own life in Spain.
Sabrina Bittencourt, 38, died at her home in Barcelona just days after accusing John of God – real name Joao Teixeira de Faria – of running a ‘sex slave farm’.
…
Ms Bittencourt left Brazil and was forced to live under protection after receiving death threats.
Her eldest son Gabriel Baum confirmed her death, writing on Facebook: ‘She took the last step so that we could live. They killed my mother.’
Sex abuse victim support group Victimas Unidas, who worked with the 38-year-old, said: ‘We announce with regret the death of Sabrina de Campos Bittencourt, which occurred around 9pm on Saturday on February 2 in Barcelona where she was living.
‘The activist committed suicide and left a farewell note explaining the reasons why she took her own life.’
— 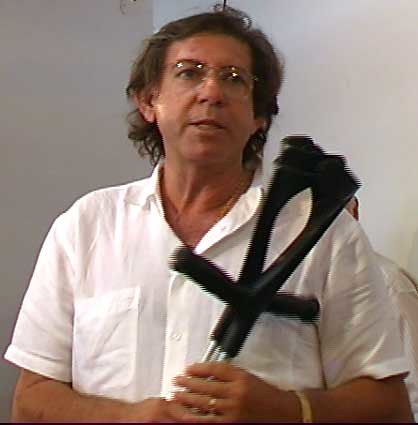 Update: Attempting To Confirm: Sabrina Bittencourt Dead???
Apparently, Sabrina Bittencourt, the activist who led authorities to Faria, is dead. As of now, there are no articles in English. Until something appears in English, here is a machine translation from CartaCapital, Sabrina Bittencourt, que denunciou João de Deus, comete suicídio.
Updates to follow.
Via: Mirror:
He was Brazil’s most famous faith healer whose “miracle surgeries” drew millions of pilgrims from across the globe.
Joao Teixeira de Faria – known as John of God – achieved international fame after being interviewed by Oprah Winfrey.
And Bill Clinton, singer Paul Simon and supermodel Naomi Campbell are among the other celebrities rumoured to have visited him.
His boasts of healing powers to cure diseases, including cancer, brought people flocking to his compound in the small town of Abadiania, central Brazil.
But two months ago, his world crumbled when he was accused of sexually abusing a Dutch woman, live on TV.
It led to a flood of similar allegations from more than 600 women from around the world.
…
The 77-year-old was arrested a week later in what prosecutors say could be the worst serial crimes case in the country’s history.
Faria’s own daughter, Dalva Teixeira, has also spoken out, called him a “monster” and claiming he molested her as a child.
The case has shocked Brazilians, many of whom regarded the so-called ‘psychic surgeon’ – famous for performing procedures such as removing tumours or cataracts with his hands and without anaesthesia – as a modern-day miracle worker.
And last week even more explosive acccusations have been thrown at John of God.
Brazilian activist Sabrina Bittencourt, whose investigations led to Teixeira’s arrest in December, now claims the celebrity medium ran a baby trafficking operation where children were “farmed” in Brazil before being sold to childless couples around the world.
Shockingly, she claims young girls were held captive in remote farms where they were forced to produce babies – before being murdered after 10 years of giving birth.

Re: Sabrina Bittencourt SUICIDE? - She helped to bring down the Brazilian faith healer, John of God, accused of sex abuse and child trafficking Mon Feb 04, 2019 7:00 pm 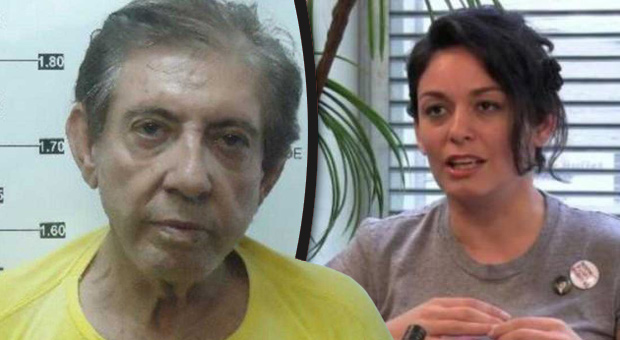