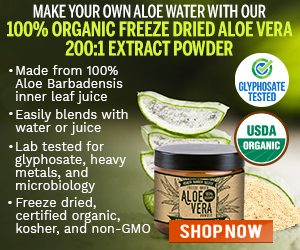 What was once a free and open web of information, much of the internet has since been deconstructed into a Leftist “utopia” of rampant censorship and mind control, warns Dennis Prager of PragerU – so much so, in fact, that we’ve now entered a “dark age” of near-total Leftist propaganda online, he says.
During a recent interview he gave on SiriusXM’s Breitbart News Daily, Prager told host Alex Marlow that various Leftist narratives are now being catechized as gospel truth across most major platforms, including Big Tech giants like Twitter and Facebook, even as conservative viewpoints are denigrated as “hate speech.”
“This is what we are now at in the Orwellian world that the Left has created,” Prager stated during the interview. “Any difference is not debated. It is evil. So if you say America is not racist, you are a racist.”
The popular Prager University (PragerU) collection of videos, for instance, has been repeatedly targeted on the Google-owned YouTube platform, where Prager says some 80 of PragerU‘s 400 videos are now on a “restricted list” – meaning they’re being lumped in with pornography and violence, making them inaccessible to children who might want to watch them in libraries, for example.
“If you say, ‘Well, wait a minute, there really isn’t a wage gap if you factor in hours worked and a whole host of other fair criteria,’ then you’re a misogynist,” Prager adds about how the Left has turned all opposing viewpoints in to unacceptable “hate speech.” “So there’s a list of things that you are, so that the left never, ever, ever has to debate you.”

Despite the fact that PragerU videos feature prominent figures like Stephen Harper, the former Prime Minister of Canada, as well as Pulitzer Prize winners like liberal Alan Dershowitz, Big Tech as decided that PragerU‘s viewpoints do not constitute valid free speech, and thus must be censored.
“If you are not on the Left, you are to be shut down,” Prager warns. “We have never, ever had anything like this in American history.”
“The question really is at what point will the average American realize that the Left is undoing the American Revolution?” Prager further adds. “And I mean that literally. I don’t mean that figuratively. I don’t mean that as an attack. It’s as factual as two plus two is four.”

Prager: SPLC is a “hate group”

PragerU has filed suit against YouTube over the “restricted list” designation placed on the 80 videos-and-counting that are currently being censored by the Google entity. But it’s up against some major industry players like the Southern Poverty Law Center (SPLC), which Prager describes as a “hate group.”
“Four prime ministers have already made videos for [PragerU], and we are not acceptable to Spotify,” Prager says. “But I heard that Spotify uses the Southern Poverty law Center to weed out any conservatives, so that may be a factor.”
“If there is such a thing as a hate group, then the Southern Poverty Law Center would be high on the list. There are others. The Ku Klux Klan is a hate group, but it’s impotent. It’s nothing,” he adds.
Prager also says that Wikipedia has targeted PragerU, locking him out of correcting false information on the site that, like with Breitbart News, categorizes the resource as a “conspiracy site.”
As reported by Robert Kraychik from Breitbart News, Wikipedia lists the news page as being a “far-right” outlet that spreads “xenophobic,” “misogynistic,” and “racist” content based on “lies” and “conspiracy theories.”
For more related news about Big Tech’s endless and growing assault on online free speech, be sure to check out Censorship.news.
Sources for this article include:
Breitbart.com
NaturalNews.com

» IS THE GOVERNMENT HIDING LIVING GIANTS TO CREATE ÜBERMEN ON EARTH 2015?
» The Truth About Internet Censorship
» We are turning the tide. But the dark forces of censorship are trying to revive the bill right now.
» Tech Giants Team Up To Fight For Net Neutrality
» “Alexa, How Do We Subvert Big Tech’s Orwellian Internet-of-Things Surveillance?”