Down the Lunar Rabbit-hole

Down the Lunar Rabbit-hole 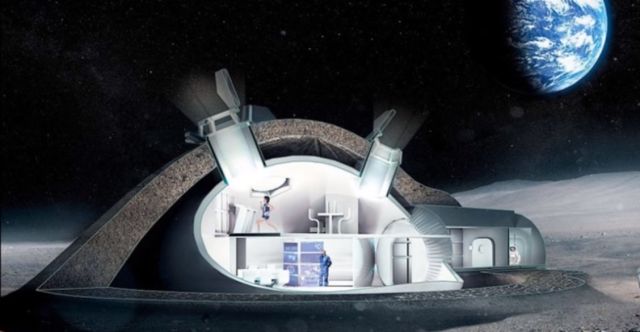 Countries like the US, Russia, China as well as large private companies like SpaceX and Blue Origin are engaged in a sort of race to the moon. And it is not just a race, but more a total plan, in which human colonies will be built on the moon.

NASA revealed a new name for its moon program: Artemis. She is a Greek goddess of the moon and twin sister of Apollo. NASA astronauts are going to land on the surface of the Moon by 2024, including the first woman and next man. 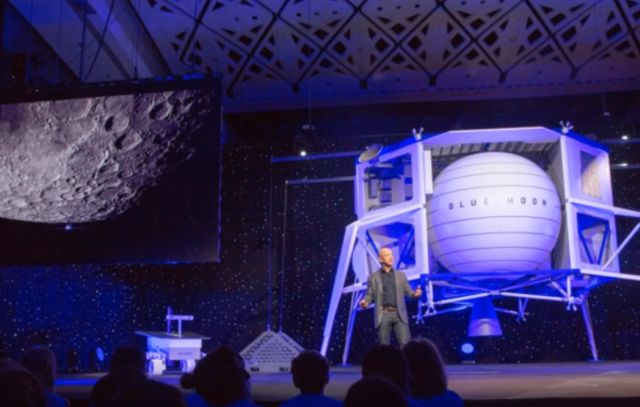 Last week, Jeff Bezos, the founder of the Blue Origin, unveiled a lunar lander at a mysterious invite-only event in Washington D.C. and suggests his firm will hit VP Pence's 2024 deadline for putting humans back on on the moon by 2024.The plan could ultimately serve as a stepping stone for colonization of the moon and deeper space targets, Bezos suggested.

Since 2009, NASA's Lunar Reconnaissance Orbiter (LRO) has spotted hundreds of conspicuous holes on the Moon. These steep-walled "pits" might lead to underground environments sheltered from radiation, meteorite impacts, and extreme temperatures, making them valuable sites for future exploration

As space agencies prepare to return humans to the Moon, top engineers are racing to design a tunnel boring machine capable of digging underground colonies for the first lunar inhabitants. Analysis of images of the lunar surface show lava tubes capable of housing large cities underground.

Rostami, director of the Earth Mechanics Institute at the US Colorado School of Mines said that the idea is to actually start underground, using a mechanism we already use on the earth, a tunnel boring machine, to make a continuous opening to create habitats or connect the colonies together. 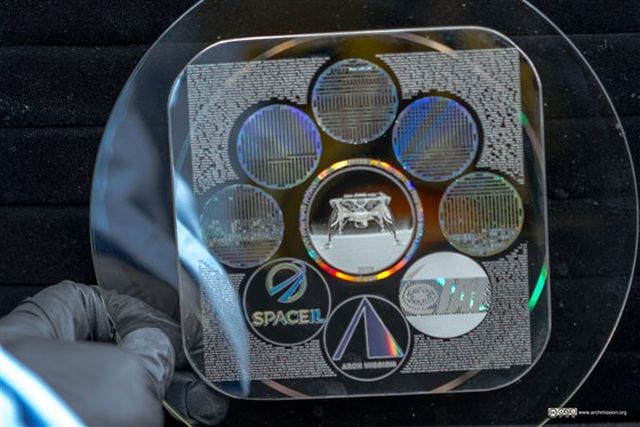 Then, on February 22 Israel launched a lunar probe towards the moon. The small lunar probe carries a 30-million-page archive of human knowledge etched into a DVD-size metal disc. (See above image). The Lunar Library, as the archive is known, constitutes a ‘civilization backup’ to help ensure that our distant descendants never lose humanity’s collective wisdom.

We may wonder why all these organizations are in such a rush to go to the moon. Is it only a space race between the US, Russia and China or is it all about the survival of humankind and time is running out?