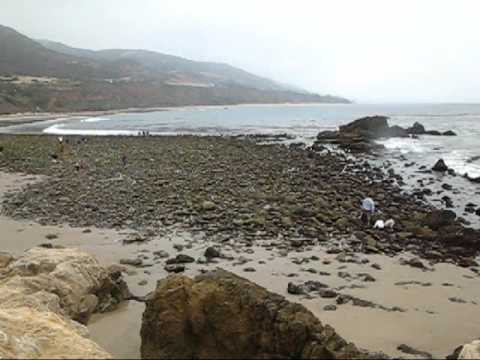 Many scientific investigations have been conducted to figure out if there is a connection between the tide and earthquakes. For decades, scientists have failed to understand exactly why there is an uptick in earthquake tremors during low tide. A new study, published in the journal Nature Communications, has finally figured out the mysterious link between the two .
In this study, led by researchers from the Earth Institute of Columbia University , the scientists believe that they have uncovered the mechanisms that explain this phenomenon.
“Everyone was sort of stumped,” explained Christopher Scholz, seismologist at Columbia’s Earth Observatory. “Because according to conventional theory, those earthquakes should occur at high tides.” However, Scholz and his team found that the answer to the mystery comes down to the magma lurking beneath the mid-ocean ridges.
Scholz explained that the magma chambers “breathe, expand and contract” along with the tides. This is what made the faults move during low tide. He further explained that they found the correlation with low tide surprising because of the way mid-ocean faults move.
Scholz described the mid-ocean faults as two pieces of the Earth. During movement, one block, the upper block, slides downward, causing friction and triggering an earthquake. Because of this, scientists believed that tremors should occur during high tide, when there is more water sitting on top of the fault. Theoretically, this would have pushed one block down and caused earthquakes. However, the decades’ worth of evidence have shown that that’s not what happens and instead, the lower block is pulled upward during low tide because of forces that are trying to push it up.
New evidence goes against the tide
Their evidence came after Scholz and his team, which included colleagues from the University of Bristol , studied the Axial Volcano. It is a submarine volcano at the Juan de Fuca Ridge , a mid-ocean ridge located approximately 300 miles off the coast of the Pacific Northwest. It stretches from around Oregon to the Canadian province of British Columbia. They chose Axial because it’s known to erupt approximately every 10 years.
Scholz and his team set up a large network of instruments at the bottom of the ocean and they used the data gathered by these instruments to figure out exactly how low tides could be causing the tremors.
With the help of the instruments, Scholz and his team inspected a component that other scientists had not considered before: the magma chambers, which are soft, pressurized pockets sitting underneath the ridge. With the help of the instruments, Scholz and his team observed that when the tide was low, there would be less water sitting on top of the chamber , giving it a lot more freedom to expand. As it puffed up, the magma chamber caused the rocks around it an incredible amount of strain, which forced the lower block on the fault to slide upward, creating an earthquake in the process.
Furthermore, Scholz and his team found that the tidal earthquakes produced in the region of the Juan de Fuca Ridge were so sensitive that even the tiniest stress on the fault could trigger an earthquake. They said that if the seismic waves from another earthquake reached the fault or if fracking wastewater were to be pumped underneath the ground, an earthquake could happen.
With this new research, Scholz and his team hope to give the world a better understanding of how pressure from hydrofracking can cause earthquakes. “People in the hydrofracking business want to know, is there some safe pressure you can pump and make sure you don’t produce any earthquakes?” said Scholz. “And the answer that we find is that there isn’t any — it can happen at any level of stress.”