In a recent press conference, Donald Trump stated that the coronavirus was an “artificially induced” virus. You can view a clip of him saying it, here. Obviously, his comments are open to interpretation, and we’ve seen nothing but the ridicule of Donald Trump from mainstream media news sources since he took office. As a result, it’s hard for many people who tune in to these networks and use them as regular sources of information to take anything that he says seriously, at all. But Trump is not alone in his thoughts, that being said, again, it’s hard to really know exactly what he meant. This does not mean that we “support” Trump. In fact, the entire idea that someone who we supposedly elect can make any significant change on this planet is odd. We seem to put our power and faith into one person instead of realizing that we, humanity, ourselves, together, as one are the real solution. Electing and looking to one person for change seems to take the power away from ourselves, and place it into another.
Earlier on in the pandemic, Trump referred to the virus as a “hoax.” I thought when he stated that  he meant it was created and released, intelligently, for multiple purposes. The media took his statements as him implying that the virus itself is not real, and that there is no issue. He then explained that he meant that certain people are simply trying to politicize the issue, and use the crises to their advantage. Specifically, the Democrats.

When it comes to the new coronavirus, we are seeing a massive censorship of opinion. Dr. Ron Paul, for example, had his opinion article on the coronavirus flagged as “fake news.” When I saw this, I was curious as to how someone’s opinion can be ‘fake’ at all? In his article, he was encouraging people to ask themselves  whether this coronavirus “pandemic” could be a big hoax, with  regards to the actual danger of the disease massively exaggerated by those who seek to profit – financially or politically – from the ensuing panic. He emphasized his statements were not to say the disease is harmless. “Without question people will die from coronavirus. Those in vulnerable categories should take precautions to limit their risk of exposure. But we have seen this movie before. Government over-hypes a threat as an excuse to grab more of our freedoms. When the “threat” is over, however, they never give us our freedoms back.”(source)
Another opinion that’s been making its way around the internet has also been flagged as ‘fake news,’ and it comes from Dr. Francis Boyle, a law professor at the University of Illinois College of Law,  who drafted the Biological Weapons Anti-Terrorism Act and serves as counsel to Bosnia and Herzegovina and to the Provisional Government of the Palestinian Authority.
Read More 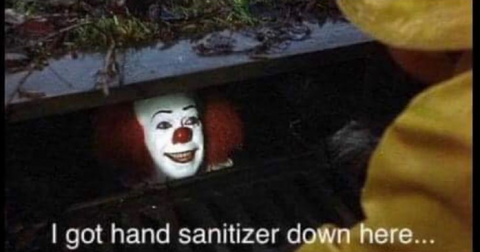 By staff writer Carol Dunton
BENDEDREALITY.COM – April 2020
We all know that the Chinese regime can’t exactly be trusted completely as virtually all “official” information coming out of the country is carefully controlled propaganda designed to promote the Communist Party’s preferred narratives, with information that reflects unfavorably on the regime often being suppressed or countered. An Important piece of official information slipped past the censors and it severely CONTRADICTS the “official” death toll from the coronavirus: an unfathomable and difficult-to-explain decline by about 21 million in the number of mobile phone users in China, according to The Epoch Times.
All cellphones are registered and connected to their user’s identity and are required for using everything from bank accounts to bus tickets and employment to shopping, among countless other day-to-day activities. Recently, the regime even linked health codes — red for infected, yellow for suspected infection and green for healthy — to every single mobile user as a means to help track the spread of the coronavirus.
According to the MIIT report, as compared with the previous report released in November, the number of mobile phone accounts had declined by roughly 21.03 million, from about 1.6 billion to 1.57 billion. Over the same time, landline accounts decreased by about 840,000, from 190.83 million to 189.99 million.
There could be a legitimate reasons for the steep decline in active phone accounts over the past few months, particularly for landlines, given the strict lockdowns that were imposed across the country, especially in Wuhan and other cities with major outbreaks. Those lockdowns forced the closure of the vast majority of businesses, most of which use landlines that may have been canceled or deactivated. BUT, that doesn’t explain the decrease in cellphone accounts!
Even if death from COVID-19 resulted in 10% of 21 million closed accounts, that would mean about 2.1 million died. The communist regime infomed WHO that deaths Covid-19 is ONLY about 3,300!(Something extremely difficult to accept as the truth!) The probability is that a good portion of the closed accounts were due to the Coronavirus deaths way in excess of what China is publicly admitting!
Carol Dunton
BendedReality.com

Virus Raging. Statewide Louisiana is second only to New York in deaths per 100,000 people with 582 reported as of April 7. Six parishes (counties) in the New Orleans area are in the top ten in deaths of all the counties in the nation: St. John the Baptist, Orleans, St. Charles, Jefferson, St. James and Plaquemines, according to the Wall Street Journal.
Race. Louisiana is 32 percent African American. Yet 70 percent of COVID 19 deaths in Louisiana are of African Americans. “”These differences are produced by policy, not physiology,” Dillard Professor Amy Lesen told the Advocate. “They’re based on race and class bias in the health care system, access to health care and preventative care.” Similar disproportionate impacts have been observed in Chicago and Milwaukee. This shows the pandemic is following patterns of entrenched inequalities in economic and medical opportunities.
Nursing Homes. There are 436 nursing homes in the state. Fifteen days ago, there were 3 nursing homes with more than one person infected. Inside those homes 363 patients have been identified as carrying COVID 19, one hundred more than last week. More than 103 people have died in these homes and more than 70 homes have at least one person with the virus. There are now 47 nursing homes with more than 1 person infected.
Prisons. A federal prison in Oakdale, Louisiana, the first inmate died March 29, by now five inmates have died and 22 others tested positive for the virus.
State prisons reported their first positive on March 28, now 28 prisoners have been reported positive. Additionally, 26 staff have tested positive. All family visits have been cancelled for weeks as have pardon and parole hearings. The New Orleans jail reports 15 inmates positive for the virus.
Immigrants. ICE holds 8,000 immigrants in jail in Louisiana. The first ICE case outside of Oakdale has been reported in Pine Prairie Louisiana. Immigrant women in ICE jails in Louisiana protesting inadequate coronavirus protections were pepper sprayed. The women were being held in a housing area with 80 other women where the bunks are less than a meter apart. Women in other ICE jails made a video shared with The Intercept trying to alert the world to their plight.
Unemployment. Louisiana usually gets about 1,500 applications for unemployment a week Two weeks ago they received over 70,000. The max benefit for Louisiana workers is $247 a week, lowest in the nation. No one in Louisiana has received a federal check for the additional $600 promised.

via Seven Disturbing Facts About COVID-19 in Louisiana – CounterPunch.org