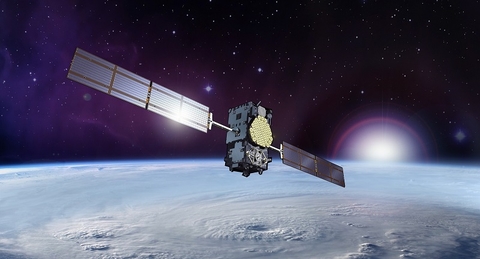 It was the fifth launch for this Falcon 9's first stage. And the booster pulled off yet another landing this morning, settling softly onto the deck of SpaceX's "Of Course I Still Love You" droneship in the Atlantic Ocean about eight minutes after liftoff.
Related: SpaceX's Starlink satellite megaconstellation launches in photos
This is SpaceX's 10th Starlink mission since 2019, and the company's 12th overall mission for 2020. SpaceX has been relying on its fleet of used, flight-proven boosters to sustain a rapid launch cadence. The company has had a stellar summer, with the launch and landing of two NASA astronauts on the Demo-2 mission to the International Space Station — a first for a private company — and isn’t slowing down anytime soon.
The third time was the charm for SpaceX as its Falcon 9 rocket roared to life and lit up the night sky over Florida’s Space Coast. Nighttime launches are always a stunning spectacle, and this one did not disappoint. The rumble from the rocket's nine engines seemed especially loud tonight and could still be heard even after the rocket disappeared from view.
Click here for more Space.com videos...

Tucked inside the Falcon 9's nose cone this morning was a stack of 57 internet-beaming satellites. Part of SpaceX’s Starlink megaconstellation, the satellites will join hundreds already in orbit. To date, the company has launched 595 Starlink satellites as it works to complete the huge constellation.
SpaceX founder and CEO Elon Musk has said that SpaceX needs between 400 and 800 Starlink satellites in orbit to begin to roll out minimal coverage. As that goal draws nearer, SpaceX has been teasing the arrival of a beta program, which will help the company test the service for eventual worldwide consumption.
SpaceX is also taking other steps to make Starlink service a reality. For example, the company has gained approval from the U.S. Federal Communications Commission for up to one million user terminals.
Musk has said that he wants the terminals to be easy to operate. Resembling a "UFO on a stick," as Musk calls it, each terminal is equipped with actuators to ensure that it points at the sky at all times. All a user has to do is plug it in and point it at the sky.
Hitching a ride with the Starlink stack today were two small, Earth-observing satellites for BlackSky. The rideshare was arranged by another company called Spaceflight, which finds rides to space for smaller satellites. SpaceX also has its own rideshare program, which books small satellites directly instead of going through a third-party service. (Three small Earth-observing satellites built by San Francisco-based company Planet flew on the previous Starlink mission last month, in a deal booked directly through SpaceX.)
Related: What's that in the sky? It's a SpaceX rocket, but it sure doesn't look like it
Click here for more Space.com videos...

The Starlink satellites on this mission are a bit different than the ones that have launched previously. That's because they're outfitted with a special visor that will help reduce their apparent brightness.
The sunshade, as SpaceX is calling it, is a deployable visor designed to prevent sunlight from reflecting off the shiniest parts of the satellites, such as the antennas. The company — as well as astronomers and dark-sky advocates around the world — are hoping to decrease the Starlink fleet's overall brightness. This will enable them to appear as dark as possible in the night sky, thus minimizing their impact on night sky observations.
When the very first set of Starlink satellites launched, it caught the astronomy community off guard as the satellites appeared brighter in the sky than SpaceX intended. Scientists around the globe voiced their disapproval, concerned that the bright satellites would inhibit scientific observations.
A previous Starlink launch back in June featured one satellite outfitted with the experimental visor; today's mission is the first in which all 57 sport it.
Click here for more Space.com videos...

The first stage of the Falcon 9 featured in today's mission is now a five-time flier, as it previously launched the Demo-1 mission in 2019, which sent an uncrewed Crew Dragon spacecraft to the International Space Station; a trio of Earth-observing satellites for Canada; and two Starlink missions this year.
It is the third Falcon 9 booster to launch five times, and the second to launch and land successfully five times. The first booster to launch five times, designated B1048 by SpaceX, experienced an inflight anomaly. There was some residual cleaner trapped inside an engine part, which resulted in the booster missing its intended landing on the drone ship. (The booster did deliver the payload to orbit with no issues, however.)
SpaceX subsequently changed its refurbishment techniques and has now launched and recovered two different boosters five times. Each of these should fly again soon, especially if SpaceX is going to keep up its rapid launch cadence.
Related: See the evolution of SpaceX's rockets in pictures
The Falcon 9's first stage successfully landed on SpaceX's drone ship "Of Course I Still Love You" approximately eight minutes after liftoff. To do so, the booster separated from its upper stage and conducted a series of orbital ballet moves, reorienting itself for landing. The rocket conducted a series of three engine burns to slow itself enough to gently touch down on the deck of a floating platform.
The massive drone ship, stationed out in the Atlantic Ocean, is one of two vessels that SpaceX uses to catch its returning boosters. To date, the company has successfully recovered 56 first-stage boosters. Once they're back in Florida's Port Canaveral, the boosters are transported back to SpaceX facilities, where they're carefully inspected and repurposed to fly again.
The current iteration of the Falcon 9 was finalized in 2018. Known as the Block 5, it features 1.7 million pounds of thrust as well as some other upgrades that make it capable of rapid reuse. SpaceX boasts that each of these boosters can fly as many as 10 times with minor refurbishments in between, and as many as 100 times before retirement. (To date, SpaceX has launched and landed the same booster a maximum of five times.)
Rapid reuse, coupled with the fact the company now has two drone ships to recover its first-stage boosters, means that the company can launch more frequently. SpaceX launched a total of four times between the end of May and the end of June, and it plans to conduct a number of launches through the end of 2020.
Related: SpaceX launches 60 Starlink satellites and lands rocket in dazzling nighttime liftoff
Click here for more Space.com videos...

Ahead of today's launch, SpaceX deployed its twin fairing catchers, GO Ms. Tree and GO Miss Chief. These two boats act as giant, mobile catcher's mitts, snagging payload fairings in their attached nets as they fall back down to Earth. Whether or not they're able to make a catch depends on many factors, including the weather.
To facilitate reuse, SpaceX has equipped its payload fairings (also known as the rocket nose cones) with parachutes and software that guides them to the recovery zone. If Ms. Tree or Ms. Chief are unable to catch the fairings, which come back to Earth in two pieces, the boats can scoop them up out of the water and carry them back to port.
Once back in Port Canaveral, the fairings (along with the booster) are refurbished and reused, so long as they're intact. SpaceX has reflown fairings several times, most of which were retrieved from the ocean and refurbished. However, on a recent mission, the dynamic boat duo made its first double catch, snagging both falling fairings.
Advertisement
SpaceX attempted to catch the fairings today but did not succeed, company launch commentators said about 48 minutes after liftoff.
Today’s launch was the third attempt at getting this particular mission off the ground. The launch was originally scheduled to blast off in mid-June, but was delayed due to the need for extra rocket checks. Another attempt on July 8 was called off due to poor weather at the launch site.
Follow Amy Thompson on Twitter @astrogingersnap. Follow us on Twitter @Spacedotcom or Facebook.