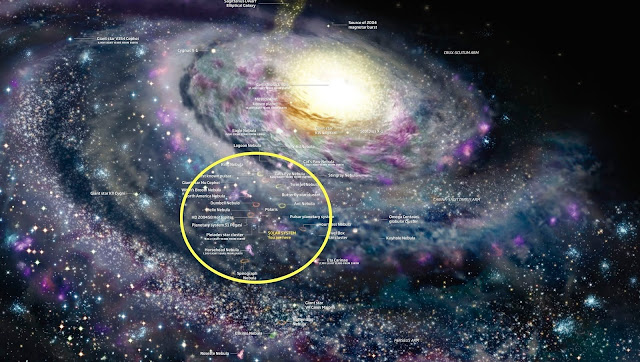 Quarantine Journal ~ Day 212
Eight months into a global pandemic; as the country numbly observes well over 212,000 dead and with that number increasing by around thousand deaths a day, we are stumbling towards a constitutional crisis over the looming presidential election.
The people are weary from the lockdown and pandemic protocols; everyone wants their lives back, like it was before only better.  The people are also angry, about everything it seems.  After generations of systemic racism in this country I find it surreal and just a little strange that it is now all coming to a head during the worst pandemic in a hundred years.  So, we can add a possible race war in the streets to the list of everything else threatening our survival. 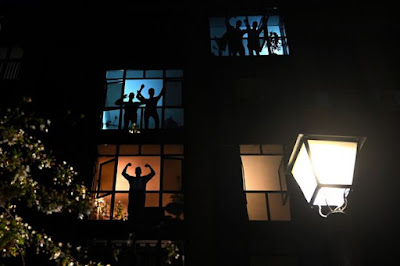 Life is on hold, 8 months and counting with no relief in sight.  My mindset snapped back to Vietnam on day one of this lockdown.  So many similarities: a mostly unseen enemy, danger from the environment, poison snakes, bobby traps, snipers, sappers, heat stroke, and malaria!  Basically too many threats to keep track of.
The whole time you're in the combat zone you are hyper-vigilant, head-on-a-swivel...cocked & locked.  By the time your tour of duty is over you're a wreck from all that vigilance.  You think there will be time to relax once you're back home but after a while you gradually realize you'll never relax ever again.
This quarantine is like that.  After so many months of house arrest, disinfecting, PPE,  face masks, don't touch anything including your face...its getting old & tiresome, but just like in Nam, the first time you let your guard down, the first mistake you make, wham, your number comes up. 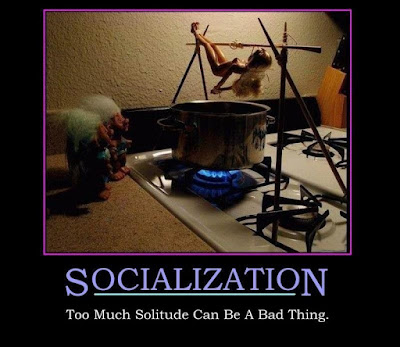 My PTSD from Vietnam now has a new invisible friend to play with; Pandemic Fatigue.  After eight months of  "life-on-hold" quarantine, I'm getting tired of this shit: and I say that as a devout hermit who has lost the need for proximity of others to validate my existence.
I'm now also a "Climate Refugee" - having twice had to evacuate my home in under a year due to approaching flames...displaced for over five days each time.  Mandatory evacuation isn't my idea of getting out of the house.  My N95 mask is doing double duty what with Covid, and all the smoke in the air from the wildfires surrounding the area I live in.  Now, if they just made a mask to protect me from rampant stupidity!
If ever there was a year from Hell, 2020 is it hands down!  I have survived childhood, high school, Vietnam, marriage, cancer & so far my own stupidity; but between the virus & the quarantine my resiliency is starting to fade.  In fact, things are so bad  that when my insomnia allows me to sleep, the enduring clusterfuck this year has become has begun seeping into my dreams.  Like many Americans I have my cell phone on a stand near my bed, and also like many Americans Instead of counting sheep to fall asleep I browse my news-feed, aka, 'Doom scrolling'. 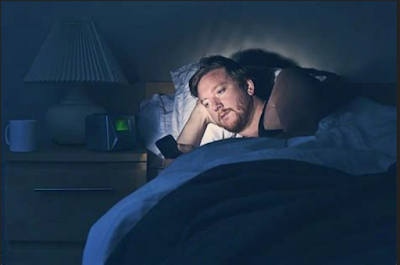 Just the other night I was startled awake only to find myself sitting up in bed & doom scrolling my news-feed.  The thing is to this day I don't know if I was sleep doom scrolling, or did I fall asleep while doom scrolling?   Don't wait till this happens to you, kick the doom scrolling habit, no good comes from it!   I sure hope this quarantine ends soon because lately its getting to where I have more issues than National Geographic.
"If this ain't a hot mess, it'll do till one gets here."
This brings me to the elephant in the room. Fighting the Covid-19 pandemic has been made exponentially worse because of the other pandemic; stupidity.  We've been fighting the stupidity pandemic ever since the Tea Party coup which is exactly what crippled the system enough for Trump to steal, cheat and slime his way into the white house.
You see, Trump isn't a politician, he's a "businessman"  and his "administration" is a hostile takeover, not a presidency.  From Day one with the scandal over Trump stealing money from his own inauguration fund, he and his tribe of plunder monkeys have been systematically looting the government and shutting down those agencies that could stop him.  This has been done in broad daylight with only a constant smokescreen of lies for nearly four years now.
I stopped wondering how Trump ever got into office a long time ago; replacing that quandary with the one trying to understand why it is nobody has the balls to stand up to him.  Where are all the patriots who are supposed to put loyalty to country above loyalty to party, or a single person?  Where are all the defenders of the constitution?  How the fuck did "We the People" permit this travesty to continue for so long?  And the best question of them all is: what are WE going to do NOW?  I shouldn't have to say this at this late date but I will; doing nothing is an unacceptable answer because thats precisely how we got here.
So; Trump (finally) gets Covid-19 a month out from the presidential election; and of course Everything  is upside-down.   The cognitive dissonance is actually an audible white noise in my skull these days.  This election between two demented creepy old white men doesn't exactly fill me with any hope for the future...hell at this point I say there is an excellent chance that Trump will enact Martial Law rather than chance losing to Biden.  If he does, that will be it, the series finale of "America, the reality show" & the ratings will be better than Hitlers! 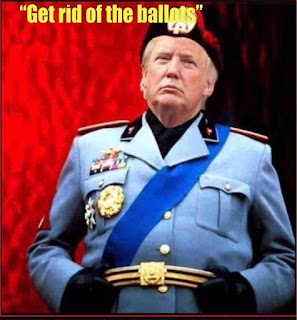 In case you fell asleep during civics class, Only the president can enact Martial law, & only the president can end it.  All elections are postponed/cancelled for the duration of martial law and the president can dispatch federal troops to enforce laws & keep the peace.  Martial Law essentially gives Trump the absolute powers of a dictator, something he has openly said appeals to him on several occasions.
I noticed this week that South Park has a "Pandemic Special" which is destined to be as chillingly prophetic as their 2004 presidential election special,"Douche & Turd" was.
As with the 2016 presidential election, Russia and other adverse countries are again targeting American voters and the election process itself, all with the silent tacit approval of the entire Trump administration, and republican senate.
One day after returning from the hospital Trump unabashedly announced there will be no additional stimulus checks issued until after he is re-elected.  What a petty coward!  Here again he shows us his total absence of morals as he literally  blackmails people into voting for him, holding the electorate hostage to his demented whims. Sadly, this is what we, and the world, have come to expect from this morbidly obese egotistical psychopath. 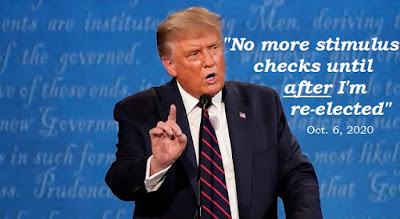 We are now hearing that the steroids and other Covid countermeasures  Trump is taking may cause delusional thinking - how would we know?  Do they mean even more  guano crazy than normal?  Some clarity would be nice here because this cat was pretty damn delusional for a while before he ever got infected with Covid!

I think a very good case could be made here for invoking the 25th amendment; removing a president from office who is unfit to discharge the duties of the office.  Well, not to put too fine of  a point on it or anything, but we've had sufficient grounds to invoke the 25th amendment for some time now.  The same spineless quislings who protected Trump from impeachment will also protect him from the 25th amendment.  They MUST defend him because their fates are super-glued to Trumps coat tails; if he goes down, they all go down.  Sounds fine by me, let's do it!
Trump's toxic masculinity & malignant narcissism will be the death of us all if we don't immediately  acknowledge his chronic insanity and remove him from office on those grounds; and then there is his 4 year crime spree to factor in as well as his efforts to steal another election.  With 27 days until the election its probably just too late.  Trump is dug in like a tick and protected on all sides. 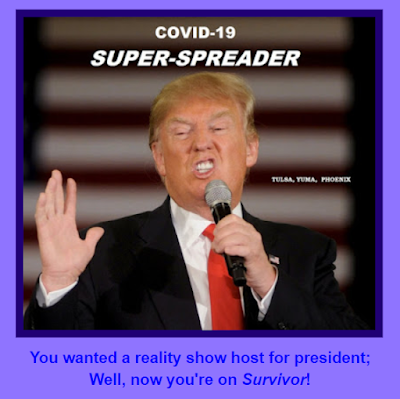 At the "debate" last week we watched in absolute horror as Trump signaled the proud boys and other white supremacist groups to get ready for action, and told his illegal "poll watchers" to turn out in force at polling places.  This leaves us with a very serious question to answer: Will Trump allow the election to happen, then contest his loss, refusing to leave & sending his people into the streets to wreck mayhem & chaos...or will he just declare Martial Law & declare himself the winner?
Meanwhile, vice president Pence, (leader of the white house Corona task force,) doesn't want protective plastic barriers at the vice presidential debate!?  Ponder that  for a moment.
In the wake of several white house super-spreader events not only is Trump's entire staff down with Covid-19, we learned  yesterday that the  pentagon's joint-chiefs-of-staff  are all  in quarantine now, for the first time in history!!  What a juicy temptation this must be for Putin, Un, or others who seek our downfall...all thanks to president Don Corona!
If only we had a few more people like the mayor of Portland and the Seattle chief of police who aren't afraid to stand up to Trump.  When did we become a nation of sheep too afraid to stand up to bullies?   Anymore it seems the women have all the balls in this country, no wonder McConnell and the republican guard are afraid of AOC.
Stay Frosty!