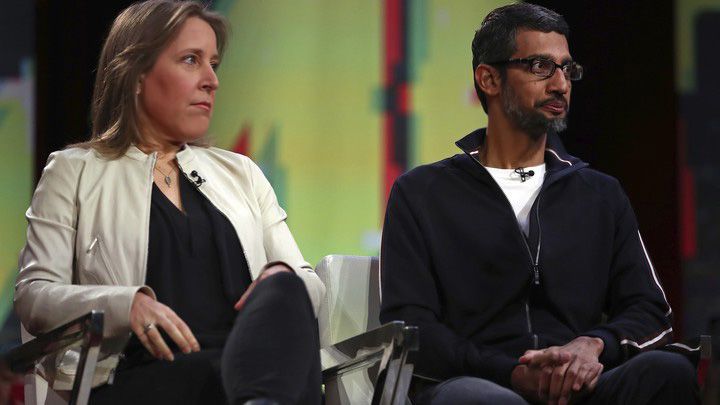 Source: Sean Adl-Tabatabai
Fifteen popular YouTube creators have filed a federal lawsuit against YouTube and Google for violating their first amendment rights.
According to the lawsuit, Google and YouTube breached the Terms of Service those creators had agreed to when they signed on and violated their First Amendment rights. 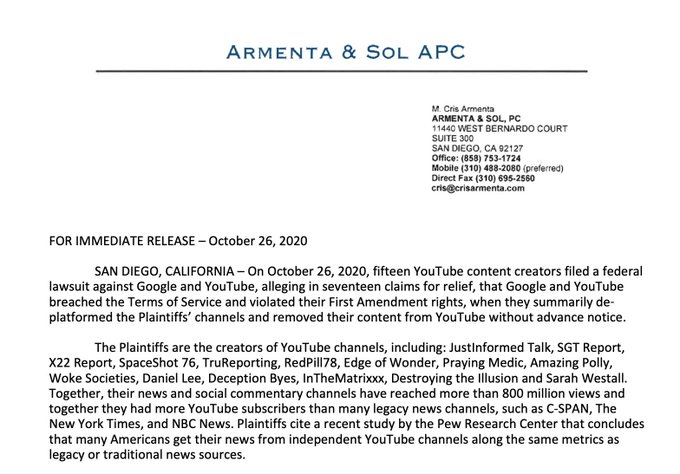 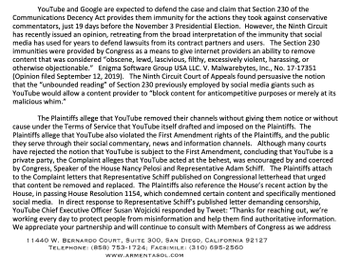 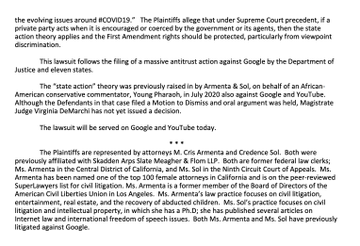 Petersantilli.com reports: According to the press release the Plaintiffs are these popular creators of YouTube channels, with collectively lay claim to over 800 million views: JustInformed Talk, SGT Report, X22 Report, SpaceShot 76, TruReporting, RedPill78, Edge of Wonder, Praying Medic, Amazing Polly, Woke Societies, Daniel Lee, Deception Byes, InTheMatrixxx, Destroying the Illusion, and Sarah Westall.
The Plaintiffs are represented by attorneys M. Cris Armenta and Credence Sol.  Both are former federal law clerks; Ms. Armenta in the Central District of California, and Ms. Sol in the Ninth Circuit Court of Appeals. Ms. Armenta has been named one of the top 100 female attorneys in California and is on the peer‐reviewed SuperLawyers list for civil litigation who fully expect YouTube and Google defend the case and claim that Section 230 of the Communications Decency Act provides them immunity for the actions taken against conservative YouTube commentators and content creators.


The lawsuit also alleges that YouTube acted at the behest, was encouraged by and coerced by Congress, Speaker of the House Nancy Pelosi, and Representative Adam Schiff  who published a complaint on Congressional letterhead that urged content be removed and replaced. The press release goes further to explain: The Plaintiffs allege that under Supreme Court precedent, if a private party acts when it is encouraged or coerced by the government or its agents, then the state action theory applies and the First Amendment rights should be protected, particularly from viewpoint discrimination. Since Adam Schiff, a sitting representative, personally and publicly in his official capacity asked for social media platforms to begin censoring conservative content providers and YouTube thereafter responded and complied to that request, the door was opened for this lawsuit.
The Plaintiffs expect that they will either receive or be denied an emergency injunction, or a restraining order upon Youtube, requiring that their accounts be reinstated.  If the lawsuit proceeds as expected, it is anticipated that the legal issues raised in the complaint may finally settle the issues relating to Big Tech’s immunity from lawsuits under the protection of Section 230 of the Communications Decency Act.
The implications are immense, and the public deserves to be well informed on the progress of this landmark case.
We will continue to provide updates as litigation proceeds.
Read the lawsuit here.