OUT OF MIND » THE INSANITY OF REALITY » GOVERNMENTS & THE NEW WORLD ORDER » Seriously, stop using Google

It doesn’t matter if you’re a conservative or not. The Google of today is not the company that lured us in with their mantra of “Don’t be evil.” 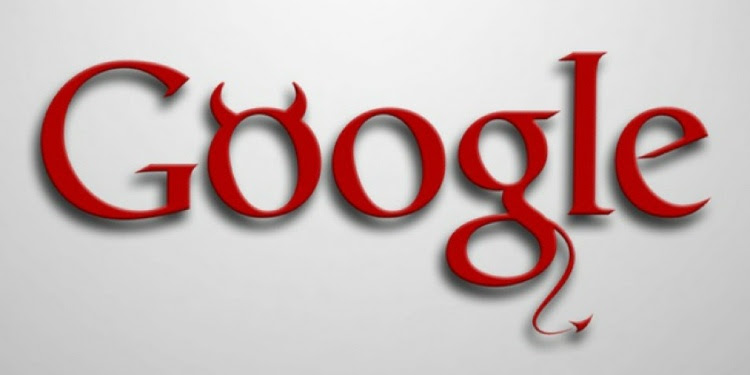 Source: JD Rucker
For nearly a decade, I worked with and through Google. They were the hub for nearly everything in my business life; from digital marketing through their search platform to ads on their network to building up YouTube channels to promoting Android apps. I have no regrets about the time I spent helping my family and my clients because it allowed me to be where I am today, but I’ll admit I get a sense of dread every time I remember essentially advocating for them to dominate the various markets. I knew how to use them so I’m complicit, even if in an infinitesimal way, in their current success.
Back then, they had a motto in their code of conduct: “Don’t be evil.” It didn’t get much fanfare when they decided to remove that statement from their code. At that point in 2018, they were converting into a “woke” company and trying to take their accumulated cushion of both goodwill and massive cash reserves to quietly isolate approximately half the country.
Still stung from their loss in the 2016 election, they had decided to take a more active role in suppressing the truth. From their perspective as an advocate for the post-truth society, what they’re doing in suppressing opposing views is not a bad thing, nor is it untruthful. After all, if biology is no longer considered to be an absolute indicator of gender in their eyes, then who are we to say that the Antrim County voting machine audit indicates voter fraud? Unlike post-modernism, the tenets of a post-truth mentality dictate that truth is absolute and is determined by groupthink’s feelings rather than demonstrable facts.


But I’m not here to whine about the anti-conservative bias within the company or the inherent bias that translates into their products and services. I’m here to say what some have noticed over the last year or two. Whether due to bias or simply the incumbrance of mass adoption, their products are failing. They’re falling behind at best or are being intentionally subverted from within at worst. The latter is more likely as the sheer bulk of cash behind their technology makes it unlikely that their products are suffering from lack of progress. It seems abundantly clear that their newfound wokeness is behind the shift to make their products suffer for the sake of social justice.
They’re in the process of trying to switch back. With the election over and their mission accomplished, their search algorithm has reverted in many ways back to what it was before. I’ve been analyzing their search algorithm for over a decade, first professional and now by rote. What I’ve learned is that the shenanigans they pulled pre-election have changed to some extent. For example, before the election and shortly thereafter, the number one listing on searches for “NOQ Report” wasn’t noqreport.com as it clearly should be. Instead, they had the website listed in the middle of the page under “Media-Bias Fact Check” and the Wikipedia page for “List of fake news websites.” The latter was especially odd since NOQ Report is not on the list.
Search today and things are back to normal with our website at the top and various listings for our podcast below. The same can be said about other conservative news sites like Breitbart, The Gateway Pundit, and 100 Percent Fed Up which all suffered from Google’s manipulated search results before the election but are now back to normal with Joe Biden in the White House.
There are many companies that are willing to manipulate their own products and services to match their ideology. Generally, it’s not an issue. After all, this is still the United States of America which means we are free to express our views personally and through our own properties. But, Google presents itself as an unbiased observer and disinterested reporter of information through algorithms. That clearly wasn’t the case in the weeks and months leading up to the election. Can anyone, whether conservative or progressive, trust that their search results are going to deliver what’s best as it pertains to the search itself or should we treat them as a propagator of an agenda? Even those on the left who like their agenda should take issue with being manipulated. Do leftists need to be protected by Daddy Google or can they make their own decisions based on unbiased facts?
Even though the election is over, there is still plenty of tilted results for certain topics on both Google’s search product as well as YouTube. Again, this is being done in the name of protecting us from false information. On the surface, such things may seem honorable. But if we stop to think about it, we’re being “protected” from information, even if we seek to learn it without concerns over being coerced. For example, a search on Google for “flat earth theory” reveals a long list of websites debunking it. Personally, I do not believe the earth is flat, but I would love to know why there is such a large movement that abides by the notion. I would never learn this through Google, though, because they believe we are too stupid to make choices on our own. They believe if we’re exposed to articles or videos discussing the theory and why they believe it, we’re going to end up believing them, joining a cult, and shooting up a mall or something.
I use DuckDuckGo. The search results are far superior. I’ve been warned off from them via email in the past when I’ve mentioned them because allegedly they’re owned by leftists. I don’t care. I use search to get information and I want the best results based upon my searches. DuckDuckGo provides that. Now, if it turns out that DuckDuckGo is going woke or manipulating search results for the sake of ideology, I’d leave in a heartbeat. But as far as I can tell, they’re not.


YouTube is a different issue. I like Rumble, Brighteon, and BitChute, but let’s face it. They don’t have the library that Google has. Should we still watch videos about 9/11 or climate change on YouTube and simply suffer through their “fact-check” disclaimers that invariably get slapped on the page? That’s a question for individuals to answer. Moreover, it’s a problem that needs to be solved by any of the aforementioned free-speech video sites or any new ones that pop up. I still use YouTube begrudgingly. I can’t wait until I no longer have to.
Left or right, we should be very concerned that Google’s products are filtered through a lens of woke ideology. We should all want information providers to simply provide information instead of manipulating it in the name of social justice.

OUT OF MIND » THE INSANITY OF REALITY » GOVERNMENTS & THE NEW WORLD ORDER » Seriously, stop using Google

» Is Google Hiding Search Results? | Zach Vorhies – Google Whistleblower
» Why Does Google Want Your DNA?
» OH OH... LOOKS LIKE OUT OF MIND IS GONNA BE F'ED! LOL - Google Police : The Truth About Google
» What is Google DeepDream?
» The Tower of Google