Reporter grills Democrat about where his promised checks are 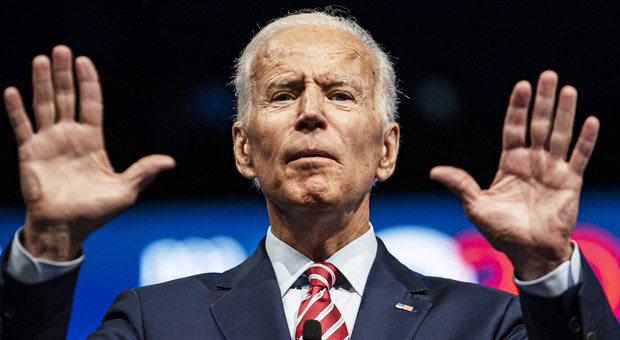 press
Joe Biden has yet to deliver on his promise to Democrat voters of quick $2k checks
Joe Biden is refusing to answer questions regarding the $2000 checks that he promised voters would go out "immediately" if they elected Democrats and won the Senate.
On Thursday, a reporter attempted to grill Democrat Biden on the unfulfilled promise of fast-flowing stimulus money that he made to voters last month.
"Whatever happened to your promise from 7 weeks ago that if Democrats [flipped] the Senate that checks were going out the door?” Fox News reporter Peter Doocy asked Biden.
Biden point-blank ignored Doocy and refused to answer his question.
A few moments later, Biden returned to the podium to collect his items.
Doocy once again attempted to ask Biden the question but was met with silence. 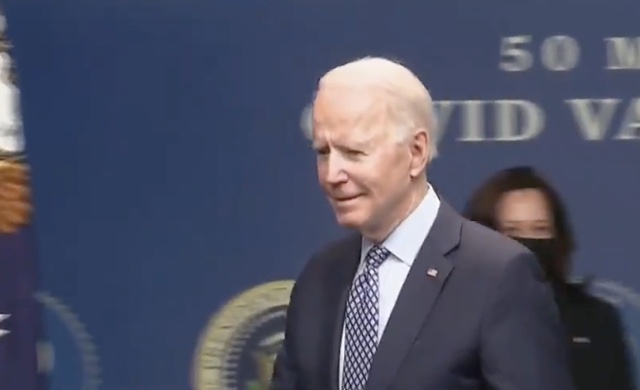 press
Joe Biden refused to even acknowledge reporter Peter Doocy's questions
As Doocy's question but ignored, he was instead shouted down by Biden’s staff who called him out by name and told him to leave.
WATCH:

Democrat President Joe Biden refuses to answer Fox News reporter Peter Doocy’s question about his campaign promise that if Democrats won the Senate then $2,000 stimulus checks would “go out the door immediately.”

It’s been 7 weeks and Biden has failed to follow through. pic.twitter.com/Z7OUhJZOSJ
— Curtis Houck (@CurtisHouck) February 25, 2021

“President-elect Joe Biden told Georgia voters on Monday that $2,000 stimulus checks would be sent out to Americans right away if the state voted for the Democratic candidates Raphael Warnock and Jon Ossoff in Tuesday’s US Senate runoffs,” Business Insider reported.
“During his speech in Atlanta, Biden promised that if Warnock and Ossoff won the runoffs, ‘that money will go out the door immediately to help people who are in real trouble.'”
Biden faced backlash last Thursday after he falsely claimed that the Trump administration did not have a vaccine distribution plan.
“We’re moving in the right direction, though, despite the mess we inherited from the previous administration, which left us with no real plan to vaccinate all Americans,” Biden falsely claimed.
“And every time we administer another 50 million shots, I’m going to use that milestone to report to the American people on our vaccination program and our overall fight against this pandemic.”
Admiral Brett Giroir, M.D., responded: “I am so tired of the continuing lies that @potus inherited a #COVID19Vaccine mess, when in fact 99% of current vaccine manufacturing and distribution is EXACTLY as planned and explicitly described by Trump Administration’s Operation Warp Speed.” 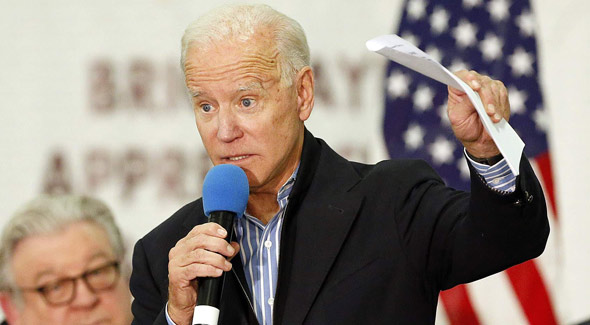 press
Biden promised voters $2000 checks would 'go out immediately' if they elected Democrats to the Senate
The Daily Wire noted that the false claims coming from the Biden administration on the issue have even been debunked by left-wing fact-checkers, including The Washington Post, PolitiFact, and FactCheck.org.
A couple of days after Biden took office, Bloomberg News reported that the U.S. was almost already on track to meet Biden’s goal of 100 million vaccinations in 100 days.
The report said:

In the week Biden was sworn in as president, nearly 983,000 shots a day were administered on average over the seven days ending Friday, according to data from Bloomberg’s Vaccine Tracker. The most recent three days topped a million doses. …
Pressed on the 100-million-dose goal on Thursday, White House press secretary Jen Psaki explained the math behind the administration’s thinking.
She said that under Trump, 17 million doses had been administered in the first 38 days, for an average rate of less than 500,000 a day, and Biden’s team hoped to double that.
Bloomberg’s data show that the rate has increased substantially since the first weeks of the rollout.
A more ambitious plan would be to double the current rate of vaccinations—not the average rate during the early phase of vaccine distribution.
That’s what some Republicans have called for.