OUT OF MIND » BREAKING NEWS & HOT TOPICS » THE GREAT DIE OFF » CDC: Corruption, Deceit and Cover-Up 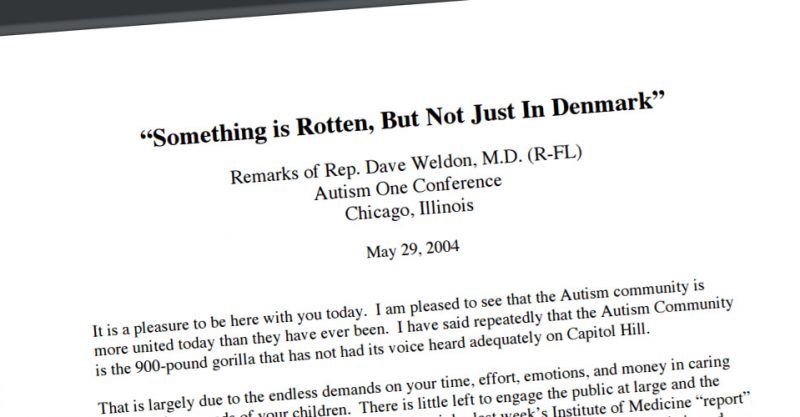 With the global vaccine market now at tens of billions of dollars, vaccine safety should be of utmost concern to the Centers for Disease Control (CDC). But instead, rather than testing and monitoring the health effects of vaccines and patient injuries truthfully to the American public and making critical and necessary corrections in the program, the CDC has become a mouthpiece for industry and has protected the ‘all vaccines for all children’ policy despite peer-reviewed science to the contrary.
According to a UPI Investigative article written in the early 2000s, the CDC owned at least 28 vaccine patents. They are also in charge of vaccine promotion (getting the public to take vaccines) and vaccine safety. The CDC, like other large bureaucratic agencies, also has a revolving door to industry that comes with inherent conflicts of interests. Common sense should have told us that this system was doomed to fail.
The documents below, some of which obtained by the Freedom of Information Act (FOIA) show a pattern of deceit perpetrated by the CDC on the American public and world stage for over 25 years. The Children’s Health Defense believes that the vaccine safety should be taken from the CDC.

Vaccine Injuries Ratio: One for Every 39 Vaccines Administered

During our September 18 debate, Spectrum TV host Renee Eng asked Kaiser’s, Dr. Robert Riewerts, how many vaccine injuries he had seen during his 30 years as a Pediatrician. His answer: “None, not a single one.”

In 1999, the CDC commissioned an in-house researcher, Thomas Verstraeten to perform vaccinated/unvaccinated study on CDC’s giant Vaccine Safety Datalink (VSD). The results were disturbing and showed a link between mercury-containing hepatitis B vaccines and several neurological injuries including autism.

How the Institute of Medicine Helped Suppress Questions About Vaccine Safety

The Institute of Medicine (IOM)—now called the Health and Medicine Division of the National Academies of Sciences, Engineering, and Medicine—is a private, nonprofit entity that has had a mandate since 1970 to provide the U.S. government with “independent, objective analysis” on matters of health.

The culture of dishonesty and ethical violations that characterizes the U.S. vaccine enterprise is deeply entrenched and given the CDC’s aggressive determination to leave “no child unvaccinated,” the agency’s longstanding vaccine criminality should be troubling to all Americans.

Is HHS Engaged in “Heavenly Deceit”?

In the late 1970’s and early 1980’s a religious cult based on the preaching of Rev Sun Myung Moon was active in America. As part of their religious indoctrination, Moon’s followers were instructed in the use of “heavenly deceit”. The “Moonies”, as they were commonly referred to, were encouraged to deceive the non-Moonie community. This was considered an acceptable practice by the cult given that they were motivated by a heavenly goal – to increase the faithful.

Why You Can’t Trust the CDC on Vaccines

As far as the discourse about vaccines goes in the mainstream media, this problem doesn’t exist. The media treat the CDC as practically the most credible and authoritative source for information about vaccines on the planet and unquestioningly amplify the CDC’s public relations messaging.

As pharmaceutical companies bombard American consumers with ubiquitous billboards, drugstore enticements and radio announcements to “get your flu shot now,” the CDC has advised the industry to hike demand through the use of a “recipe ” of scare-mongering messaging. CDC recommends “creating concern, anxiety and worry” among the American public. This is a CDC presentation by Glen […]

“Something is Rotten, But Not Just In Denmark” Remarks of Rep. Dave Weldon, M.D. (R-FL)

It is a pleasure to be here with you today. I am pleased to see that the Autism community is more united today than they have ever been. I have said repeatedly that the Autism Community is the 900-pound gorilla that has not had its voice heard adequately on Capitol Hill. That is largely due […]

Brian S. Hooker, Ph.D., P.E. | Science Adviser, Focus For Health Dr. William Thompson, senior scientist at the Centers for Disease Control and Prevention (CDC) contacted me during 2013 and 2014 and shared many issues regarding fraud and malfeasance in the CDC, specifically regarding the link between neurodevelopmental disorders and childhood vaccines. Dr. Thompson and […]

A House Government Reform Committee staff report published this week criticized the FDA and the CDC for routinely allowing scientists with conflicts of interest to serve on two influential advisory committees that make recommendations on vaccine policy.

Today, the U.S. Office of Special Counsel (OSC) reported to the White House and Congress on an investigation by the Centers for Disease Control and Prevention (CDC) into the whistleblower disclosures of Dr. Robert Lanciotti, a CDC microbiologist. Dr. Lanciotti is the chief of the CDC’s Diagnostics and Reference Laboratory within the agency’s Arbovirus Diseases […]

August 29, 2016 Dear Ms. Villar: We are a group of scientists at CDC that are very concerned about the current state of ethics at our agency. It appears that our mission is being influenced and shaped by outside parties and rogue interests. It seems that our mission and Congressional intent for our agency is […]

A review of how an agency tasked with fighting and preventing disease has spent hundreds of millions of tax dollars for failed prevention efforts, international junkets, and lavish facilities, but cannot demonstrate it is controlling disease.

OUT OF MIND » BREAKING NEWS & HOT TOPICS » THE GREAT DIE OFF » CDC: Corruption, Deceit and Cover-Up