Beijing has been enveloped in one of its most severe sandstorms in over a decade, which has combined with air pollution to create a toxic, gritty haze that turned skies orange and made the skyline disappear.
The sandstorm hit the Chinese capital on Monday morning (March 15) after gale-force winds from Mongolia blew dust from the Gobi desert over the border. In Mongolia, 341 people are missing after the same sandstorm blew across the country, according to The Guardian.
Worsening the situation, Beijing's air pollution has been rising in recent weeks as the country comes out of lockdown. The Air Quality Index (AQI) for the city maxed out at a "hazardous" 999, according to the World Air Quality Index project. For context, at the same time, the AQI for New York was 26.
Related: 7 crazy facts about dust storms

A masked man cycling with his dog during the sandstorm in Beijing, China. (Getty Images)
"This is the most intense sandstorm weather our country has seen in 10 years, as well as it covering the broadest area," China's National Meteorological Center said after issuing a weather alert, according to a statement.
More than 400 flights in and out of Beijing were canceled, and authorities ordered residents to stay inside, although many ventured out to capture stunning images of the city as it was engulfed in thick orange dust.

Sandstorms are not uncommon in Beijing and northern China due to their close proximity to the Gobi desert.
During the 1950s, deforestation and soil erosion, especially in the north, fueled more frequent and more intense sandstorms. People cut down the forests that once stood on the border with Mongolia and provided a natural buffer against sand.
However, a mass tree-planting project initiated in the 1970s has helped counteract that damage. As part of the Three-North Shelter Forest Program 87 million acres (5 million hectares) of trees will be planted near the border with Mongolia by 2050, according to Bloomberg.
As a result, the number of days in which sand has blown into Beijing annually has fallen from 26 days in the 1950s to just three days in 2010, according to Bloomberg, making sandstorms like this one an outlier. However, climate change has made winds stronger, which could worsen sandstorms in the future. 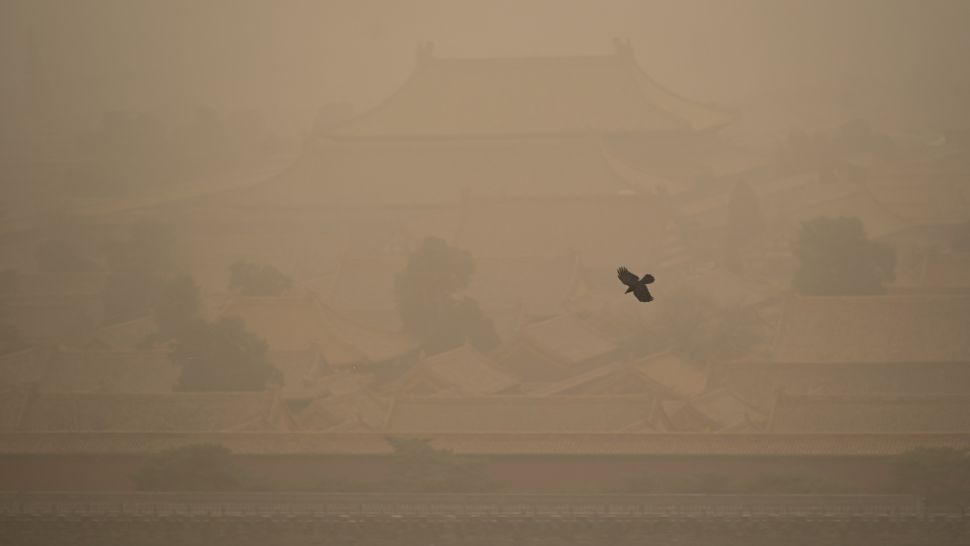 Beijing and other Chinese cities face horrifying levels of air pollution due to their reliance on coal power, rising population, and increased car traffic.

Air pollution is already hazardous to health, but combined with sandstorms it can become an even more serious problem, according to Bloomberg.
During the current sandstorm, the levels of particulate matter 10 micrometers or less in size - called PM10 - in Beijing reached 8,000 micrograms per cubic meter, more than 160 times the safe limit set out by the World Health Organization (WHO), according to Sky News. 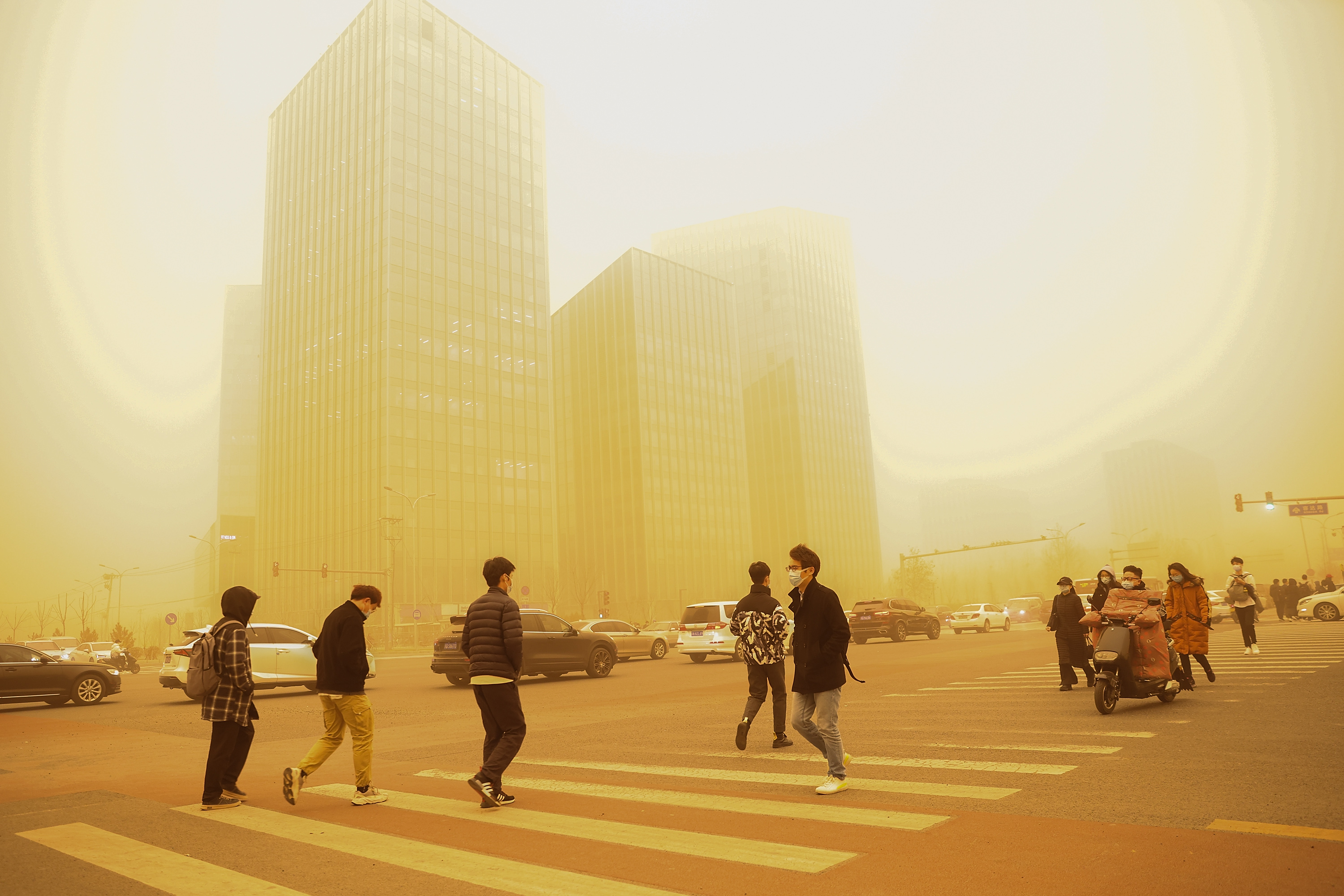 Streets of Beijing, China, 15 March 2021. (Stringer/Getty Image News)
If man-made air pollution continues to rise in the coming decades, sandstorms could become much more problematic for the residents of large Chinese cities like Beijing, even if the sandstorms themselves become less frequent.