It’s believed to have come from a Pluto-like planet.

An interstellar object previously believed by some to be from aliens might actually be a piece of a planet from another solar system, according to a new study.A massive cigar-shaped object known as Oumuamua passed by Earth in 2017 at 196,000 mph and Harvard professor, Avi Loeb, said earlier this year that it likely originated from aliens. A new study from two Arizona State University scientists suggests the object to actually be the piece of a Pluto-like planet in a different solar system knocked off the surface about half a billion years ago.
“This research is exciting in that we’ve probably resolved the mystery of what Oumuamua is and we can reasonably identify it as a chunk of an ‘exo-Pluto,’ a Pluto-like planet in another solar system,” ASU astrophysicist, Steven Desch, said in a press release. “Until now, we’ve had no way to know if other solar systems have Pluto-like planets, but now we have seen a chunk of one pass by Earth.”Scientist Says Object That Flew By Earth Could Have Been Made By Aliens – IGN NewsshareShareAutoplay setting: On1:00Desch mentioned that some have deemed Oumuamua as something originating from aliens, but they said that might have been the result of an inability to “immediately explain it in detail.”
“Everybody is interested in aliens, and it was inevitable that this first object outside the solar system would make people think aliens,” Desch said. “But it’s important in science not to jump to conclusions. It took two or three years to figure out a natural explanation — a chunk of nitrogen ice — that matches everything we know about Oumuamua. That’s not long in science, and far too soon to say we had exhausted all natural explanations.”
Rather than aliens, Desch’s study with fellow ASU researcher and astronomer, Alan Jackson, posits that Oumuamua is actually a piece of solidified nitrogen. The reason the pair conclude the object is likely from a Pluto-like planet is because Pluto’s surface is also made of solidified nitrogen.
Jackson said it was likely knocked off the surface of a planet about half a billion years ago, at which point, it was thrown out of its solar system. Floating through space at nearly 200,000 mph, it eventually arrived to our solar system.Cosmos: Possible Worlds Gallery 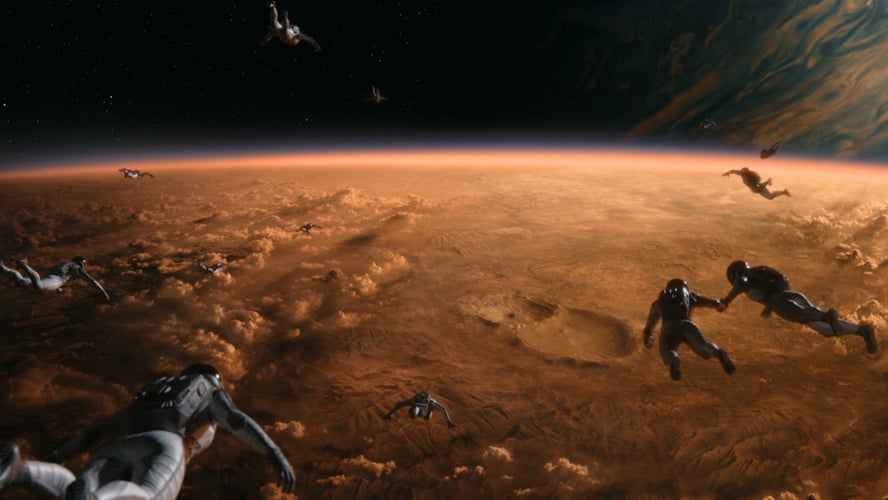 “Oumuamua likely wasn’t flat when it entered our solar system, but melted away to a sliver, losing more than 95% of its mass, during its close encounter with the Sun,” Jackson said in the press release.
The interstellar object passed by Earth as a bizarre, cigar-shaped object, but it likely looked something more like a comet when it first left its origin point. Jackson said the outer layers of solid nitrogen evaporated as it floated through space, especially as it endured the heat of our Sun, which led to its flattened shape. They compared this shedding of nitrogen layers to the way a bar of soap slowly flattens out as it’s used.
The duo theorized multiple types of ice for the object, but studies revealed that it had to have been nitrogen.
“We knew we had hit on the right idea when we completed the calculation for what albedo (which is the proportion of the incident light or radiation that is reflected by a surface) would make the motion of Oumuamua match the observations,” Jackson said. “That value came out as being the same as we observe on the surface of Pluto or Triton, bodies covered in nitrogen ice.”Cosmos: Possible Worlds Exclusive Season Finale ClipshareShareAutoplay setting: On2:02NASA said in 2018 that Oumuamua is, “the first object ever seen in our solar system that is known to have originated elsewhere.” Desch and Jackson said that as more interstellar objects like Oumuamua are discovered, scientists like themselves can continue to learn more about what lies beyond our solar system.
“It’s hoped that in a decade or so we can acquire statistics on what sorts of objects pass through the solar system, and if nitrogen ice chunks are rare or as common as we’ve calculated,” Jackson said. “Either way, we should be able to learn a lot about other solar systems, and whether they underwent the same sorts of collisional histories that ours did.”