Another EX-CIA Director Comments on UFOs & Shares A “Paranormal” Story

Another EX-CIA Director Comments on UFOs & Shares A “Paranormal” Story 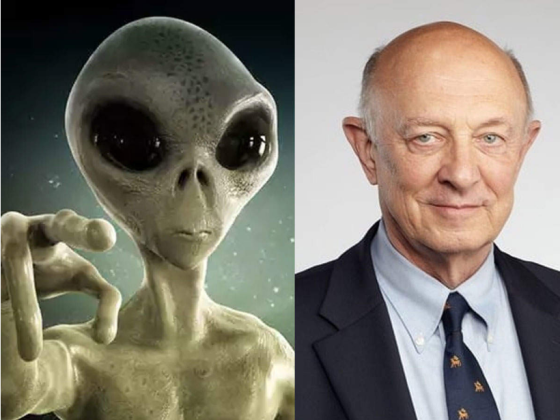 For anybody who has heavily researched the evidence behind “paranormal phenomenon”, it’s common that hearing about other paranormal phenomenon is simply “normal.” After all, the evidence does suggest paranormal events happen all the time, culture simply hasn’t caught up to realizing how normal these events are. Those who recognize how normal these events are include scientifically minded people, like Dr. Jessica Utts, former Chair of the Department of Statistics and professor at the University of California, Irvine.

“What convinced me was just the evidence, the accumulating evidence as I worked in this field and I got to see more and more of the evidence. I visited the laboratories, even beyond where I was working to see what they were doing and I could see that they had really tight controls…And so I got convinced by the good science that I saw being done. And in fact I will say as a statistician I’ve consulted in a lot of different areas of science; the methodology and the controls on these experiments are tighter than any other area of science where I’ve worked.”  (source)

That was her take on remote viewing, a phenomenon where people are trained to view details about places and objects from a position very far away. This illustrates the non local nature of our consciousness. The remote viewing studies Utts is talking about are incredibly rigorous and yielded repeatable results time and time again.
When it comes to numerous experiments at the quantum level, consciousness has been shown to have some sort effect on physical/material reality as well. There are also topics such as precognition, telepathy and more examples of mind/matter interaction, like “distant healing” which are quite intriguing.
What I find the most intriguing are the examples of people with “special” abilities. I came across much of this documentation via the CIA’s electronic reading room. Examples of children and people with psychokentic ability, able to “break through spatial barriers” by teleporting small objects in small containers from one location to another, perform “paranormal writing” and more, all done under controlled double blind conditions.
When it comes to the topic of UFOs, they’re going mainstream with extreme legitimacy as well. This has many people concerned that mainstream media and government disclosure will result in perception manipulation regarding the phenomenon. Many long time researchers feel we will get a sanitized version of disclosure. That is to say, many key details will be left out purposefully, yet the government will claim all has been told.
Having studied the subject for approximately 15 years now, I can tell you that the phenomenon is quite vast and touches upon all aspects of humanity. There is a lot to the UFO story that I don’t think people will ever hear about from governments and intelligence agencies. If you want to go through our article archive on the subject, you can do so here.
The former Director of the CIA, John Brennan (2013-2017) was recently asked about the UFO phenomenon and expressed his belief that we may be dealing with some other form of life.
He stated the following:

I think some of the phenomenon we may be seeing continues to be, um, unexplained, and um, might in fact be some type of phenomenon that is the result of something that, um, we don’t yet understand, and that could involve some type of activity that some might say, um, constitutes a different from of life.  (source)

James Woolsey, another retired CIA director 1993-1995 also spoke up on the subject an interview with John Greenwald, founder of The Black Vault, a resource for declassified documents pertaining to UFO related phenomenon.
In the interview he describes an interesting paranormal event that happened to a plane that was “frozen” and stopped in the air at 40,000 feet. He also makes a number of comments about the UFO phenomenon.

“…A friend of mine was able to have his aircraft stop at 40,000 feet or so and not continue operating as a normal aircraft. What was going on? I don’t know, does anybody know? We’ll have to look into it. There have just been enough things like that that have occurred…”

Why This Is Important: Paranormal phenomenon and the study of parapsychology has the potential to create a major paradigm change for humanity. In fact, it’s happening right now, we’re living in it and part of this phenomenon involves non material science. I believe this field represents the next scientific revolution and will push humanity to open up to a broader view regarding the nature of reality, who we are and how we relate to our universe. There is still so much we have to discover.
The UFO/extraterrestrial phenomenon is not even the tip of the iceberg. There is so much more to learn, and it is my hope that the phenomenon itself somehow sparks humanity to ask itself deeper questions about the human experience and why we live the way we do, when we have the potential to do so much better and create a planet where all life can truly thrive.
Again, it is also my belief that mainstream media and government may try and shape the perception of the masses when it comes to this phenomenon, as they do with so many other topics.
Many decades ago, the mentor of Wernher Von Braun, Hermann Oberth (both seen in the picture above), the founding father of rocketry and astronautics, also known as the ‘father of Spaceflight’ stated his belief that “flying saucers are real” and that “they are space ships from another solar system.” He went on to say that “I think that they possibly are manned by intelligent observers who are members of a race that may have been investigating our Earth for centuries.” He wrote these words in “Flying Saucers Come From A Distant World”, The American  Weekly, Oct 24, 1954
According to a paper published in the Journal History and Technology titled Extraterrestrial encounters: UFOs, science and the quest for transcendence, 1947–1972,

At the Internationaler UFO/IFO-Kongress, hosted in Wiesbaden and organized by Karl Keit (1907-2001), credulous UFO-impresario and president of the Deutsche UFO/IFO-Studiengemeinschaft (DUIST), Oberth repeated claims first made in 1954 that he was no longer willing to exclude the possibility that UFOs could indeed be of extraterrestrial origin. Having examined all existing arguments, Oberth proclaimed in front of ‘many hundreds of people who apparently believe that the Earth has been visited by emissaries from outer space,’ as The Times wrote, that he was now convinced that flying saucers were ‘very real,’ and carrying visitors from outer space.
Oberth later repeated that ‘the UFOs are a kind of sentinel, here simply to observe and report; because a humankind which is as gifted as inventors and researchers as we are, yet has remained politically and morally on our stage of development, constitutes a threat to the entire cosmos.’

Perhaps he’s right? Perhaps there are multiple groups observing? Perhaps some are concerned for multiple reasons? The UFO/extraterrestrial topic is a deep one, and endless discussions and questions can emerge from it, especially when discussing the benevolent/malevolent narratives.
If you’d like to go deeper and comb through our article archive on the subject, you can do so here.
https://www.collective-evolution.com/2021/04/11/another-ex-cia-director-comments-on-ufos-shares-a-paranormal-story/
Thanks to: https://www.collective-evolution.com