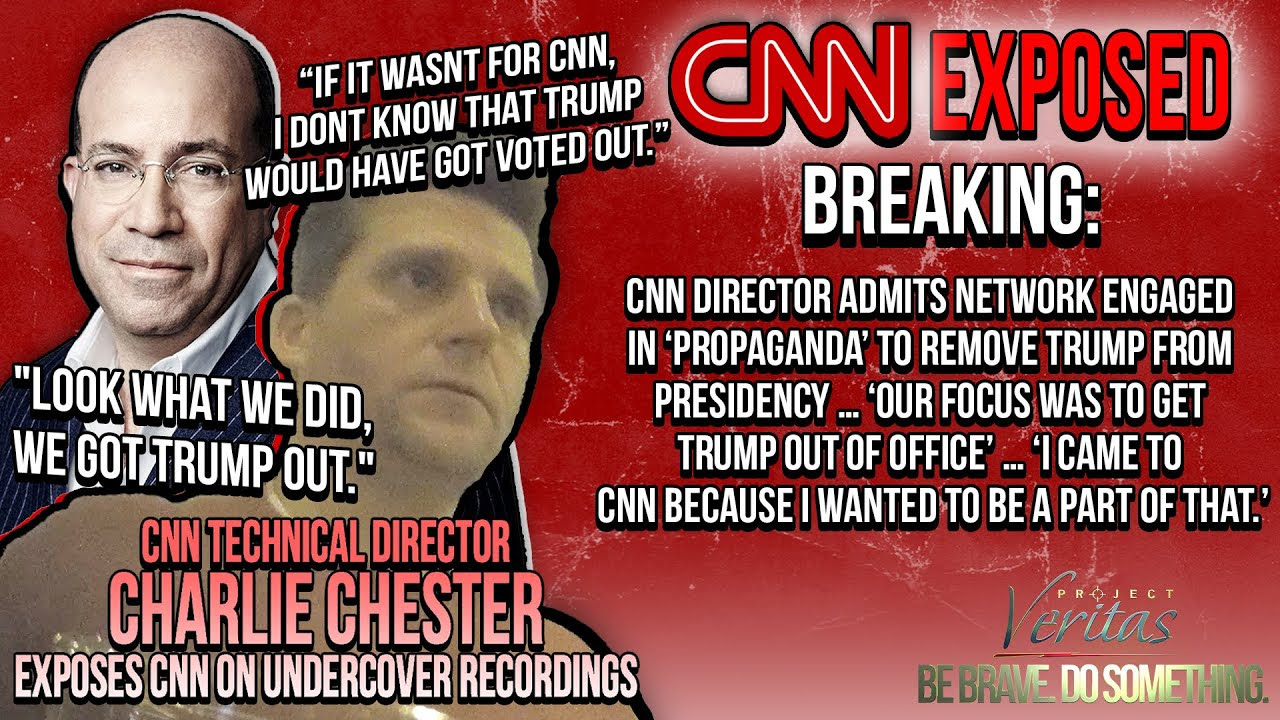 Project Veritas’ latest candid camera coup was the product of an undercover agent who went on five Tinder dates with Charlie Chester, a Technical Director at CNN.
We see the bar backgrounds of the scenes, in which Chester brags to his date, “Look what we did, we [CNN] got Trump out…If it wasn’t for CNN, I don’t know that Trump would have got voted out…I came to CNN because I wanted to be a part of that.”
A source close to CNN told Mediaite the two went on a total of five dates, “The last of which occurred at a coffee shop in Chester’s neighborhood, but was interrupted by O’Keefe and others before leaving the coffee shop.”
On camera, Chester tells his date that TV viewers have COVID fatigue and therefore, at the earliest opportunity, CNN would begin phasing in more stories about Climate Change and Global Warming, explaining, “They’ve already announced, inner office [in our office?] that once the public is open to it, we’re going to be focusing on Climate- like, Global Warming…that’s going to be our next…focus. Like, our focus was to get Trump out of office, right? Without saying it, that’s what it was, right? So, our next thing is going to be for Climate Change awareness.”
His date asks him, “Who decides that?”
“The head of the network,” he responds.
She asks, “Who’s that? Is that, like Zucker?”
“Zucker, yeah. I imagine that he’s got his council [counsel?] and they’ve all discussed where they think…the next pandemic-like story, that we’ll beat to death…the climate thing is gonna take years, so they’ll probably be able to milk it for a bit.”
At another bar, Chester brings up the subject again, “We have an inside track right now, where two stories are going to be pushed. Climate Change is gonna be the next COVID thing for CNN. We’re going to hone [sic] in on it…to commit to it, as a network.”
His date then says, “You said it [Climate Change] was going to be like the new COVID.”
“I have a feeling. Well, that’s the way it was billed. Unless that was just a call-to-arms, to get people to start writing and then we’ll assess it. I don’t know.”
Chester claimed that he was involved with the Fake News network’s mission to promote all the major Globalist agenda items and how, as a Technical Director (TD), he was “One step down from the Director,” but this is only true in the sense that a TD is tasked with executing the commands of the Director in the control room.
Technical Directors are not responsible for choosing the content, they’re responsible for hitting the buttons to live-switch between cameras, graphics, video feeds, etc. as directed, in order to seamlessly edit all of the content together in a live setting.
But as O’Keefe explains, “Charlie Chester is fully involved in the day-to-day operations of CNN’s Newsroom. He is witness to decisions being made, and who they are coming from. He has full access to the culture within the network and explains — on video — how company-wide directives are being implemented.”

Re: CNN Director ADMITS Network Engaged in ‘Propaganda’ to Remove Trump from Presidency plus MORE Wed Apr 14, 2021 8:54 am