OUT OF MIND » THE INSANITY OF REALITY » GLOBAL FINANCIAL COLLAPSE » ‘Dead-Heads’, Garbage In Equals Garbage Out…

‘Dead-Heads’, Garbage In Equals Garbage Out…

The West Resembles a Decapitated Rooster, Wings Still Flapping, Barely Flying – By Dimitry Orlov
When I was five and spending the summer in a small village a couple of time zones east of Moscow I witnessed the execution of a rooster. My brother and I walked over to a neighbor’s house to pick up some eggs. Just as we arrived the neighbor finally caught the rooster and chopped his head off.
The now headless rooster then put on quite an aerobatic performance that was quite amazing. After doing an unlimited takeoff he repeatedly soared and plummeted, executed several touch-and-gos (more like crash-and-goes, actually) and was undeterred by what previously would have been head-on collisions. I was by then quite familiar with the poor aerodynamic qualities of barnyard fowl and was duly impressed with the energetic and breathtakingly erratic behavior of a bird liberated from the mental straitjacket of its brain. Unfortunately, the performance only lasted for a minute or so. A word to the wise: I later learned that it is possible to prolong the show, should the need ever arise, by heating up the hatchet so as to cauterize the severed neck. More recently, I have learned that such sans-têteaerobatics are not restricted to chickens. 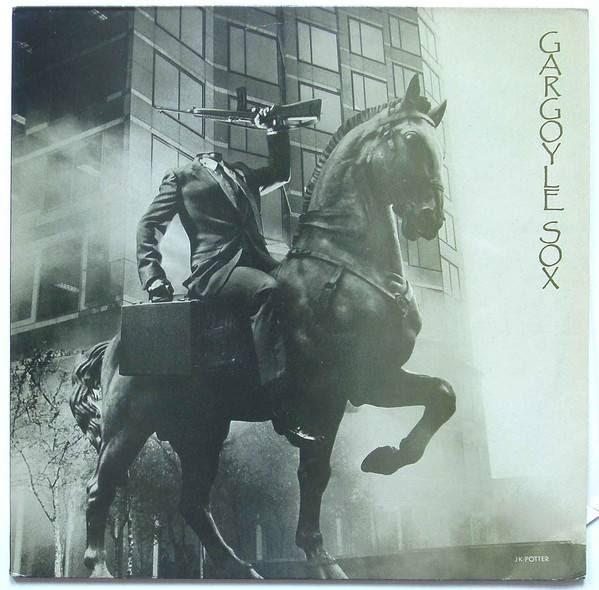 Figurative birds, of the mechanical variety, can exhibit something similar. A prime example is the greatest boondoggle in the history of military aviation, the F-35 Joint Strike Fighter. It too is liable to losing its head, in the sense of the pilot blacking out. In addition to being ridiculously expensive (over $1.5 trillion in projected project costs) and plagued with problems (only half of the built planes are considered ready for any sort of mission and there are over a thousand known defects that haven’t been fixed, including ones that make it useless for air-to-air combat or ground support) F-35 pilots often report feeling sick and there have been many incidents where they lost consciousness, probably due to oxygen starvation and circulation problems.
In response, the fatally flawed jet’s maker Lockheed Martin, whose motto seems to be “One boondoggle deserves another,” has decided to add a subsystem. Called Auto-GCAS (for Ground Collision Avoidance System), it takes over automatically if it detects the danger of ground collision and the pilot fails to respond to the alarm and take corrective action. Auto-GCAS then throttles up and directs the plane upward, pulling a maximum of five g’s. What does that do to a pilot who is already feeling sick or is unconscious? Once a safe altitude is reached, the plane levels out and Auto-GCAS shuts off. If the pilot happens to be offline for good, the process repeats until the plane runs out of fuel and crashes. I hope that you are impressed with the sheer brilliance of the plan. A show designed to impress was recently staged at an airfield in Utah, where 35 F-35s took off, one right after the other. It has not been independently verified how many of them landed. Auto-GCAS is slated to be ready for use by 2024, but Pentagon’s planners are hoping to accelerate the process.
All of this made me wonder about the general behavior to be expected of hierarchically organized, centrally controlled systems once they are deprived of their control module. Auto-GCAS is by no means the worst case. For instance, there is the Russian Perimetr system, a.k.a. Dead Hand. If it detects that the Russian military leadership has been incapacitated by a nuclear strike, it will launch an all-out nuclear attack, obliterating the aggressor. This may seem like a really bad plan, but then attacking Russia is a really bad plan too, and one bad plan deserves another.
What makes this plan bad is that it doesn’t elicit the right response. The right response is: “Oh, we see, attacking Russia is sheer suicide, so let’s not do that.” But where’s the money in not planning to attack Russia? And so instead the “One boondoggle deserves another” crew sets forth to build anti-ballistic missile systems (which don’t work) and deep underground bomb shelters stocked with years’ worth of supplies (which is gold-plating; a large shallow grave to jump into when the time comes would work just as well).

And yet as far as planning for decapitation goes, Dead Hand is state of the art. Most other large-scale centrally controlled systems are woefully unprepared for the loss of their command modules. For instance, look at finance. After the financial collapse of 2008 it quickly became obvious that nobody competent or responsible was in charge.
The “solution” was for central banks to start blowing financial bubbles by zeroing out interest rates and flooding the world with new debt. Debt that expands much faster than the economy is garbage debt, and it gave rise to various other kinds of garbage: garbage energy from shale and tar sands, garbage money in the form of cryptocurrencies, garbage real estate investment schemes, garbage corporate balance sheets bloated with debt used up in stock buybacks, a large crop of garbage oligarchs gorging themselves on all of this garbage “wealth” and much else. Things look good while all this garbage is packaged up in financial bubbles, but once they pop (and as all children know all bubbles pop eventually) everyone will end up wearing the garbage.

There are plenty of examples of political auto-decapitation as well. In the US, Trump realized that he can become president simply by insulting all of his competitors (who richly deserved such treatment) and so he did. But now the hive mind of Washington is deeply at odds with the bumblebee-mind of Trump, and neither qualifies as any sort of a head, except perhaps in a strictly symbolic sense. Things are no better in Europe. In the UK, an anti-Brexit team is in charge of negotiating Brexit, struggling to make it as anti-Brexit a Brexit as possible.
That doesn’t seem like any sort of “headedness.” In Germany, Merkel is on her way out, and her replacement has the unenviable task of hammering together a governing coalition out of parties that are too busy knocking heads with each other. The multi-headed bureaucratic hydra in Brussels is not exactly popular with anyone. What is the recourse? Emperor Macron of France, perhaps? Is Europe ready to be headed by a diacritical character? (A macron is a horizontal line you place over vowel letters to represent a long vowel: Mācron.)

There are systems that are properly headless: flocks of birds, schools of fish, communes of anarchists, etc. They are anarchically structured and individuals within them take on temporary, task-based leadership roles as the situation demands and can only expect to be obeyed in accordance with their competence in executing the tasks.
But most of the human systems we have are hierarchically structured and require to be headed by someone. Democratic elections are but a recent innovation, and a most uncertain one. For instance, during the 2016 election in the US, the establishment trotted out an entire array of craven, feckless, corrupt opportunists, and Trump knocked them all out with a feather, not because he is any sort of proper leader, but because it was so easy.

For an even more amazing example of democratic failure, look at today’s Ukraine—the most recent experiment in Western democracy. There, a constitutionally elected, though remarkably corrupt and indecisive president was violently overthrown in 2014 in a US-managed coup and replaced with an American puppet so unpopular that yesterday he was forced to introduce martial law—just in order to be able to cancel the elections scheduled in three months and to remain in office de facto.
To produce a rationale for declaring martial law he sent some small boats on a truly idiotic mission. The boats sailed into a Russian-controlled high traffic zone in the Black Sea, refused to respond when hailed and then pointed weapons at Russian border patrol. For this they were duly arrested and hauled off to jail, and their boats confiscated. Previously, an ongoing civil war instigated by this same president resulted in some fifty thousand casualties, but no martial law was ever deemed necessary. What’s different now? Oh, the elections, of course!

If these are the fruits of democracy, perhaps the Ukrainians should consider going back to a monarchy. Dynastic succession has worked much better and for much longer periods of time. For instance, at the time of its annexation by Russia in 1783, Crimea was ruled by Shahin Girei, a descendant of Genghis Khan who was born around 1155.
That one dynasty, spanning 628 years, ruled the largest empire that ever was. At one point it included all of China, most of Russia, Korea, Persia and India, plus many lands in between. Genghis had decreed that no part of the Mongol Empire could be ruled by anyone who wasn’t a direct descendant of his, and so it was.
The Mongol Empire ended peacefully, with Shahin Girei abdicating his throne and accepting protection from Catherine the Great. Maybe that’s the plan, then: install a Ukrainian Emperor and immediately have him abdicate his throne and accept protection from Putin the Great. Then Putin will turn the heat and the hot water back on, the armed thugs will be marched off to someplace safe for disarming and de-thugging, and the nuke plants will stop breaking down.

Since we seem to be headed (no pun intended) for unstable and disrupted times, it bears pointing out that while democracy may be very nice when everything is going along according to plan, it is not particularly resilient in the face of severe disruption. And what is the plan now—in the US, or in the EU (or what will be left of it)?
We have some truly ghastly examples of the fruits of democracy in the form of the Weimar Republic in Germany or the Interim Government between February and October of 1917 in Russia. If you don’t fancy being ruled by headless chickens, consider picking a leader using whatever ad hoc procedure that works.
The idea is to avoid any more Robespierrian Reigns of Terror, Reichstag fires or October Revolutions—because we already know what those are like.

OUT OF MIND » THE INSANITY OF REALITY » GLOBAL FINANCIAL COLLAPSE » ‘Dead-Heads’, Garbage In Equals Garbage Out…