Never Have so Many Been Injured

Never Has a Vaccine Injured so Many: Israeli People`s Committee Report of Deaths and Injuries following the Pfizer Experimental COVID Shots 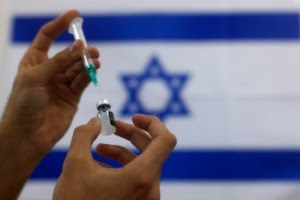 The Israeli People`s Committee Report of Adverse Events Related to the Corona Vaccine, April 2021: Never has a vaccine injured so many

by The Israeli People`s Committee
This is a brief summary of the full report released due to the urgency of its contents. The full report will be published and distributed soon.
We hereby clarify that The Israeli People`s Committee is an independent organization relying on publicly available information from official publications and social networks. The information has been checked by members of the committee to avoid false, refuted, and erroneous data.
However, the report should not be relied upon for medical or other purposes, and it certainly does not contain any medical recommendation. Anyone who considers it as such, does so of his own accord.
While the Prime Minister of Israel and senior officials of the Ministry of Health brag that Israel serves as a global model for nationwide vaccination, and while they boast that Pfizer has chosen us to be the experimental country thanks to the advanced technological systems of our HMOs [Health Maintenance Organizations], the state has systematically shut down all monitoring and tracking systems, which are designed to identify and alert of adverse events that occur in proximity of receiving the vaccine.
This irresponsible conduct by the Ministry of Health during this mass operation providing an experimental treatment to millions of people, regardless of whether such conduct is negligent or intentional, has led to an unprecedented flood of thousands of serious adverse event reports after the vaccine on social media, which seems to be the only forum that still allows people to share their experiences. Surprisingly, such widespread phenomena have not received any media coverage or attention from public officials.
The silencing mechanisms of the health system regarding the vaccine’s adverse events, and the denial of their severity and worrisome scope, combined with the fact that the mainstream media have ignored adverse events and avoided reporting them, have created a situation whereby the Israeli public is almost completely unaware of the existence, nature and prevalence of the vaccine’s adverse events.
This smoke screen which exists between the Israeli public and this vaccine’s adverse events prevents citizens from receiving all the information they need to make a balanced and responsible decision about the vaccination; and moreover, raises the concern that the lack of contraindications for susceptible populations to the vaccine has unnecessarily harmed the citizens to the point of needless mortality.
The healthcare system`s failure to monitor the vaccine`s adverse events and issue alerts, coupled with the media`s transgression of its roles as an important mechanism for monitoring and criticizing the establishment`s conduct and as a pivotal platform for exposing the hard truth, have led to the abandonment of the health of the citizens of the country.
In the vacuum that has ensued we, as an independent investigation committee comprising of concerned citizens, have been left with no choice other than using all means, albeit limited, at our disposal to research and expose the truth regarding the corona vaccine’s adverse events.
From our inquiry a disturbing image has emerged of the high rate of serious adverse events, observed in proximity to receiving the vaccine, even among young people. Many adverse events are life-threatening, and regretfully, more than a few ended in death.
The inconceivable gap between the existing reality and the information published by the Israeli Ministry of Health and by the Israeli media raises concern of a dangerous deception not only of Israeli citizens but of citizens of the entire world who view Israel as the research laboratory of Pfizer’s corona vaccine. Such a deception, whether negligent or premeditated, could create additional cycles of harm to humans around the globe.
In this report we wish to say to the Israeli Government and governments throughout the world: a lack of transparency kills people. Deception and concealment lead people to disability and loss of life. Remove all confidentiality, create transparent and controlled reporting mechanisms; only then can lives be saved and further damage avoided from the very tool that is supposed to preserve health.
Is this a case where the drug is more deadly than the disease? Or is it equally or less deadly?
We can only come to a true conclusion if comprehensive data is revealed in real time and if the press, which is supposed to be free and a watchdog of democracy, will remain on guard and raise the alarm when necessary. And it is indeed very necessary.
Here are our main findings:

See the table below: 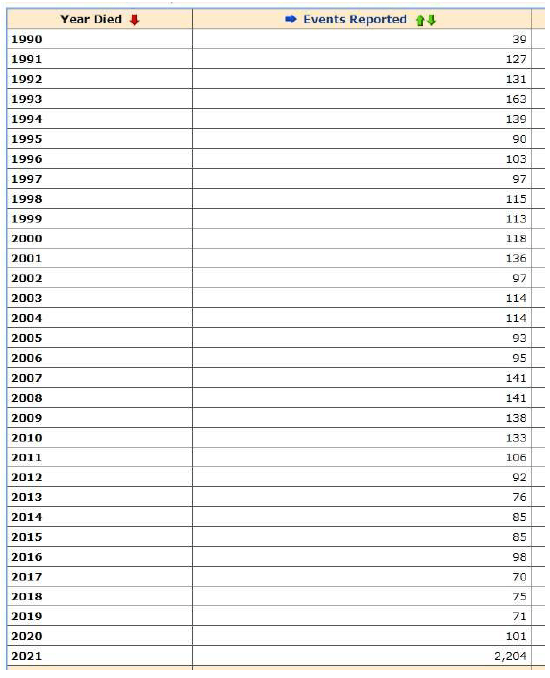 The Israeli People’s Committee is an independent and apolitical group of Israeli citizens, who vary in their worldviews and areas of expertise. Among us there are physicians, lawyers, scientists and researchers from a wide range of academic disciplines.
The glue that binds us together is our deep concern with respect to the safety of the Israeli people and the fate of our country in view of the chaotic vortex, which was orchestrated by the Israeli leadership during the last year in the shadow of the corona crisis, and which the Israeli public finds itself trapped in.
In the vacuum that was created due to the disintegration of all the systems of our country, we arrive at the understanding that the cure for all the (health, moral, social, economic) ills, which were brought by the spin of the irresponsible government’s management of the corona crisis, must come from the people.
We therefore banded together a few weeks ago and established The Israeli People’s Committee in an attempt to of initiate a process of investigation, exposure, change, correction and recovery, and with the hope to encourage many other Israeli citizens to follow us and join our self-healing journey.
THE AUTHORS (WITH THE HELP OF ALL OTHER MEMBERS OF THE ISRAELI PEOPLE’S COMMITTEE):
Dr. Pinki Feinstein, psychiatrist Adv. Irit Yankovich, lawyer
Dr. Galit Zapler Naor, physician
Dr. Yaffa Shir Raz, health and risk communication researcher Prof. Eti Einhorn, economics researcher
MPA Limor Frira public management MPH Ella Nave epidemiologist
THE WEBSITE & THE EMAIL ADDRESS OF THE ISRAELI PEOPLE’S COMMITTEE:
The link to our website: the-people-committee.com
Please note that the available information on our website is currently presented in Hebrew only.
In the near future, the information will be given in English as well.
Source.
Comment on this article at HealthImpactNews.com.