Local government in Philippines declares that unvaccinated people are barred from purchasing FOOD Mon Aug 02, 2021 12:18 am 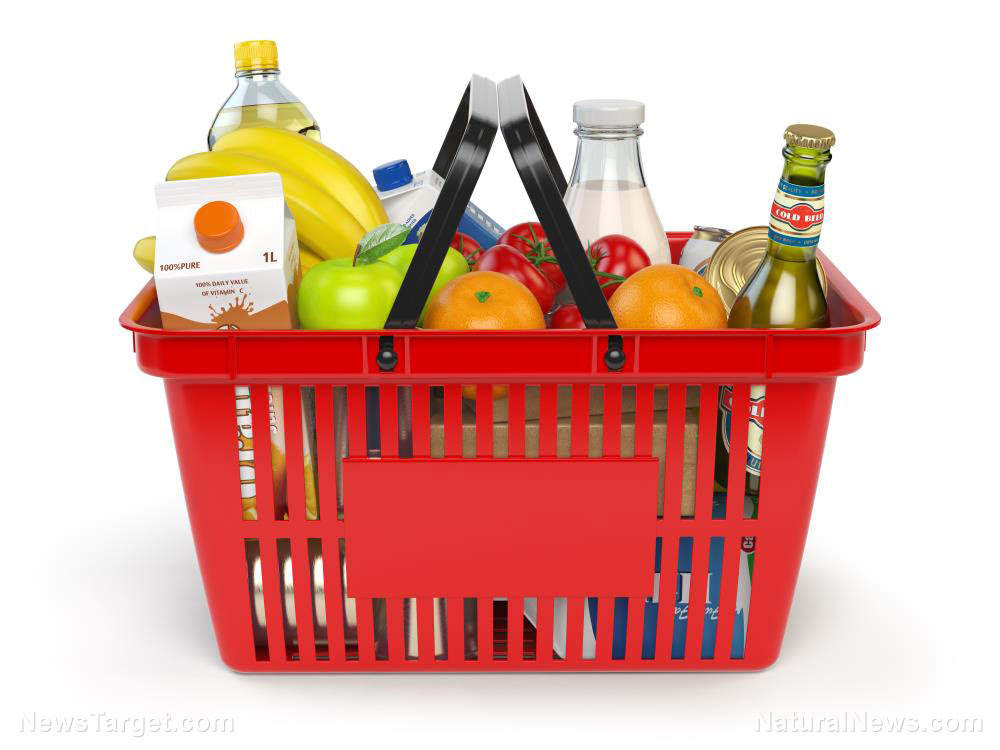 (Natural News) Human rights abuses are accelerating worldwide, as governments claim dominion over people’s bodies and minds. In the Philippine city of Lapu-Lapu, Mayor Junard “Ahong” Chan signed a terror-inspired executive order that bans the “unvaccinated” from department stores, convenience stores, supermarkets and grocery stores. Individuals who do not submit their body to the experimental covid-19 protocol will be excommunicated from society, starved out, segregated into perpetuity. This divide-and-conquer strategy uses terror and humiliation to achieve absolute compliance. Food and basic resources are now being used as weapons against humanity.
A new wave of Nuremberg trials are warranted, as governments repeatedly violate and mock informed consent and basic medical ethics.

Mayor Chan’s executive order (No. 2021-040) lists numerous restrictions on the population until August 25. After that date, the general restrictions end for those who submitted to the initial vaccine requirements. The abuse will continue against the unvaccinated and will increase against the vaccinated, who will soon be required to obey again by getting booster shots. Anyone who doesn’t comply with the government’s vaccine threats will be segregated, socially ostracized, starved, restricted from living their lives. This abuse could go on into the foreseeable future because too many people are complying and too few are standing up to these tyrants.
Section 4 of Mayor Chan’s executive order states: “Effective August 25, 2021, only vaccinated persons, upon presentation of their vaccination cards, shall be allowed to enter public and private markets including department stores, supermarkets, grocery stores and convenience stores.”
Who needs gas chambers when governments can belligerently starve people and threaten their life at every turn? Mayor Chan said the city’s half million population is not vaccinating fast enough to reach the 70 percent vaccination threshold that governments are enforcing worldwide.
After making the executive order, Mayor Chan went on Facebook to brag about the sudden uptake in vaccinations, which went from the daily average of 2,000 shots in arms to 5,600 vaccinations per day. It turns out that terror and intimidation are the new standard for medical ethics, as governments threaten citizens with heinous crimes to claim ownership over their body and beliefs.
Mayor Chan was blasted online by citizens who literally have nothing left to lose. In response, Chan wrote that Section 4 might eventually be removed from the Executive Order, as long as enough people submitted to the injections. At this point, he is literally mocking anyone who challenges his authority. “God bless us and I love you all,” he wrote in salutation.

Individuals should be able to exercise free power of choice, without any intervention of force or duress

As more people are intimidated to comply, the number of adverse events and deaths post vaccination rise. Even though natural immunity is proving to be comprehensive and durable, public health authorities are censoring the strategies and treatments that can help people recover from the infection. In the push for vaccine compliance, public health authorities around the world holding back information on nutrition and the immune-modulating protocols that impart robust natural immunity.
By threatening to starve people, public health authorities prove that they don’t care about anyone’s health, and only seek to dominate and destroy people’s lives through pharmaceutical brainwashing and abuse. These crimes against humanity have never been so pervasive in world history, and are setting fire to the 1947 Nuremberg Code and its principles. But voluntary informed consent of the human subject is absolutely essential and must be enforced.
An individual should be able to exercise free power of choice, without the intervention of any element of force, fraud, deceit, duress, overreaching, or other ulterior form of constraint or coercion; and should have sufficient knowledge and comprehension of the elements of the subject matter involved as to enable him to make an understanding and enlightened decision.
In America, we need aggressive impeachment trials IMMEDIATELY for every politician who is still violating the Nuremberg Code. This should be promptly followed up with criminal trials, as the conspiracy to deprive individuals of their basic human rights continues to be laid bare for all the world to see.
The Nuremberg Code also needs to be enforced at the employer level and school level, to stop the terror and abuse, the divide-and-conquer targeting of people based on their medical choices. Human rights supersede these illegal, discriminatory, segregation-based employer policies that are being rolled out across various industries.
Stop giving away your body autonomy and stand for medical ethics and informed consent. If you’ve made a decision for you and your family, don’t roll over to coercion, intimidation and abuse, lest you become a slave. Once the evil is held to account in this country, we as free Americans must reassemble medical ethics and enforce the Nuremberg Code around the world. (Related: NUREMBERG 2.0: Biden’s corrupt DOJ just declared experimental vaccine mandates LEGAL… forced experimental injections will now commence.)
Sources include:
LifeSiteNews.com
Media.org [PDF]
NaturalNews.com
NaturalNews.com
Original Article: https://www.naturalnews.com/2021-08-01-local-government-in-philippines-bars-unvaccinated-from-purchasing-food.html

» NYC Pub Declares Itself “Autonomous Zone” After Government Tries To Shut It Down
» Energy Crisis becomes a Food Crisis – Grow Food and Build Local Food Systems Now!
» “Vaccinating” the food supply is how Bill Gates and other globalists plan to force-jab even the unvaccinated
» Australia throws Novak Djokovic out of the country, declares no unvaccinated athlete is welcome
» Recent Studies Suggest COVID-19 Vaccinated People are Infecting Unvaccinated People