Source: RT
Heated protests erupted in Sydney and Melbourne as massive crowds took to the streets to decry ongoing lockdown measures, seeing clashes with Australian police, who responded with pepper spray, roadblocks and a string of arrests.
The demonstrations broke out on Saturday afternoon in the two major cities, with groups estimated in the hundreds protesting coronavirus lockdowns and curfew orders, chanting slogans and hoisting signs against the country’s Covid regime.

Thousands of protesters in Melbourne. @theage 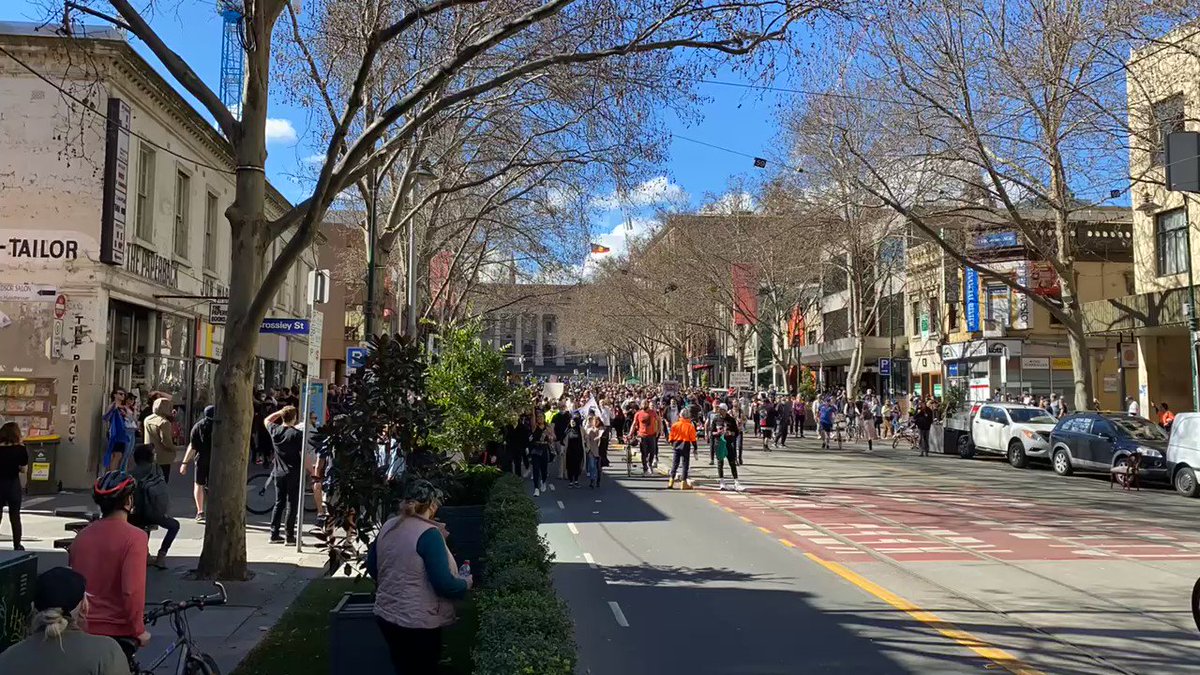 Footage making the rounds online showed crowds making their way through Melbourne, at some points clashing with a heavy police presence deployed to block the march. Pepper spray was unleashed on the demonstrators in response.

A number of arrests were also filmed in Sydney, where one man was heard screaming “why are you arresting me?” as he was hauled away by officers.

Ahead of the marches, police declared a zero-tolerance policy for any protest in Sydney, with the New South Wales deputy police commissioner Mal Lanyon saying some 1,400 officers would be deployed for that purpose. Lanyon insisted “This is not about stopping free speech, this is about stopping the spread of the virus,” while the state’s police minister David Elliott warned protesters would face “the full force of the NSW police.”

In addition to the large police deployment, authorities also ordered rideshare services not to carry passengers into Sydney’s Central Business District, while trains will not make stops at some stations across the city, according to local reports. Police roadblocks were also seen in Sydney, an effort to close off major streets to protest marches.
Advertisements
Report this ad
The demos come soon after officials in New South Wales announced an extended Covid lockdown on Friday, set to put nearly half of Sydney’s 5 million residents under a nightly curfew until mid-September. A similar order is already in place in Melbourne, meaning more than a quarter of Australia’s population will remain under lockdown restrictions, which require residents to stay at home with a few exceptions.
NSW premier Gladys Berejiklian argued the move was needed to slow the spread of the more infectious Delta variant, which has driven a surge in cases across the state. It reported 825 locally acquired infections on Saturday, a significant increase from the 644 tallied the day prior.
The state of Victoria, where Melbourne is located, has fared much better in recent weeks, though is beginning to see an uptick in cases, reporting 61 over the last 24 hours, up from 57 the last two days. Victoria hit its peak last August, when it saw an all-time high of 687 infections in one day.